A Demon For The Dargle 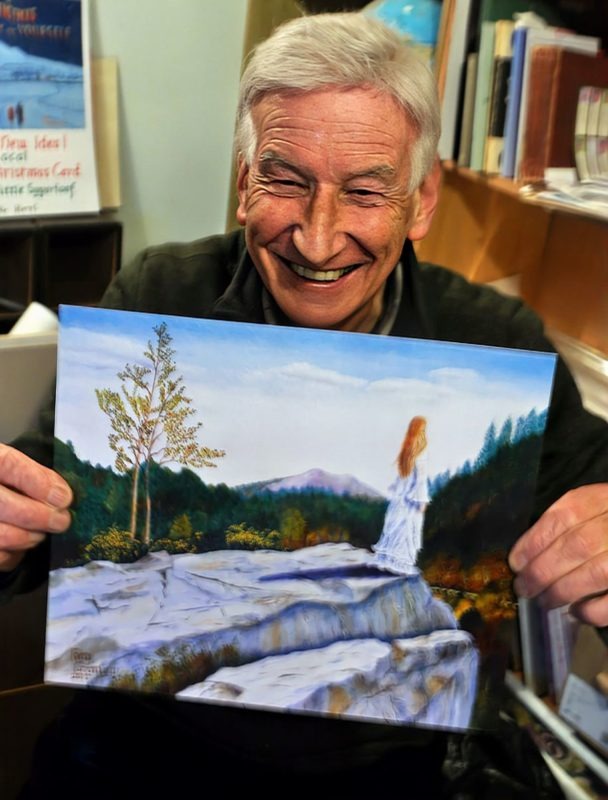 he trouble with Ray Cranley is that, just as your gob is smacked by one fascinating nugget of local history, the fecker hits you with another. 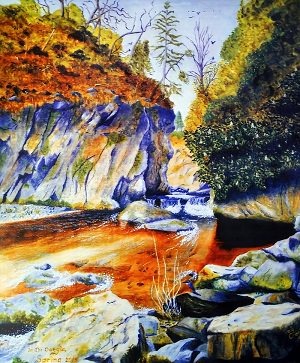 The Dargle by Ray Cranley

Before you know, it’s way past your bedtime. And almost time to get up for work. 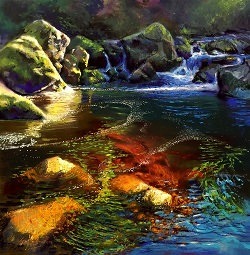 The Dargle by Neil Condon

We first caught up with the Windgates wonder over at one of his weekend exhibitions in sunny Enniskerry back in September 2020, hooking up again in March of this year to explore some of the more curious oddities and soddities of yore from up there on the hill. 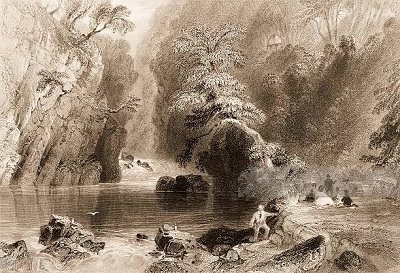 It was then that we made a cunning plan to meet up and discuss the stories behind Ray’s much-loved and meticulously researched historical paintings of Greystones, Bray and beyond.

A cunning plan that only took us another nine months to finally get around to. 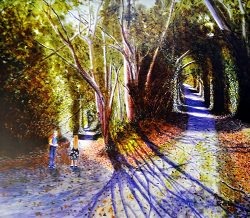 Settling down in Ray’s small wooden studio at the back of his Windgates home this afternoon, just as the sun slipped away, we decided to start this new series with the Dargle. Only not the river, but the natural pool of that name which, back in the 18th century, was as much a draw for tourists as its neighbouring Powerscourt is today. 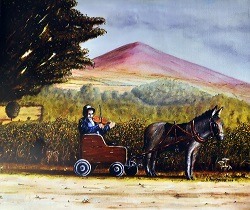 Now almost forgotten, people would make their way from near and far to The Dargle (on what was then called the Bray River) to picnic at The Moss House, go horse riding, throw Old Tom the busker a few buttons, or, most popular of all, attend an outdoor concert. For the latter, in 1740, one George Frideric Handel was in attendance.

We’ll be heading up to see this forgotten paradise – sometimes referred to as The Dargle Hole (outrageous!) –  just off the Cookstown Road soon enough.

In the meantime, over to the Cranley lad for a few of those fascinating slices of local history…

You can catch Ray Cranley’s exhibition at the Powerscourt Parochial Hall every Saturday from 2.30pm to 6pm and every Sunday from 10am to 6pm, plus Monday 20th from 10am t0 6pm. You can also check out his work here.

Got A Lot On Your Plate?