A Girl Out Of Time

From a very early age growing up with a 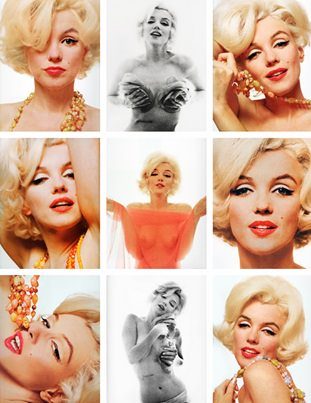 Marilyn-obsessed mum, Derby Browne knew that she and Norma Jeane Mortenson were more than a little alike.

Merrily ditzy, cripplingly shy when not on stage, and

“There was a definite sense of a kindred spirit there, right from the start,” smiles Derby, having arrived at Cafe Grey this afternoon only 10 minutes late. After three months of postponed appointments, that is. “I’m very aware that all those traits aren’t exactly gifts in life, but I think that’s why I’ve always felt that need for Marilyn in my life. Ditzy doesn’t 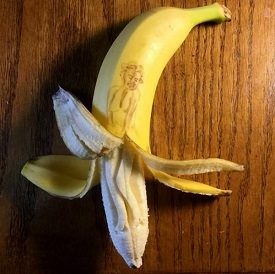 mean that you can’t achieve all your goals in life…”

Bringing The Marilyn Show to Greystones on Friday, October 18th, Derby Browne would appear to be achieving quite a lot of her teenage daydream goals. Her wartime vocal trio The Bugle Babes have been partying like it’s 1939 all over the country – including a

sell-out show at The Whale last year – and now The Marilyn Show has been proving that Ms Monroe is still hot for many of today’s generation.

“It’s incredible to think that an artist without any new material or major reissues is still as famous as she ever was,” offers Derby. “I think Marilyn would be stunned by that idea, especially towards then

end, when all seemed to be lost…”

Just what happened when Marilyn Monroe passed away at her Los Angeles home on August 4th, 1962, aged just 36, is something Derby has very strong feelings about – as she reveals in her tribute to the girl who has inspired her all these years.

In the meantime, we talk vulnerability, vivaciousness and why it’s important that the lady is a vamp…

You can catch The Marilyn Show at The Whale on Friday, October 18th – choose between a fine Bear Paw dinner and the show from 6.30pm, or just the rollicking show itself from 8pm. More info here.

Cafe del estelle gets my no 1 vote. Simply the best -better than all the rest!!

On Your Marks For Wicklow Hospice