And You Will Be My Queen…

There was a huge amount of happy on display when we swung down to the aftermath of this year’s King Of Greystones in Burnaby Park.

Most, of course, were just damn chuffed that the triathlon was done and dusted, but, the glorious weather helped too. 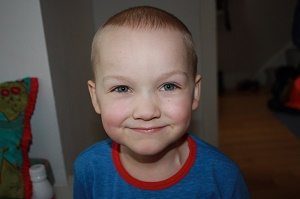 And the fact that, once again, a whole big chunk of change had been raised for The Gavin Glynn Foundation.

There were 400 participants this year, and the two who were covered in the most glitter at the end of the day were… well, you’ll just have to watch the video below to find out.

So, congrats to them both, and to everyone else who took part. Even Johanna Swann McFall. Who used a shortcut.

We caught up with John Glynn, still somewhat high from the whole affair – or maybe it’s just the jetlag of organising such a big event starting to kick in – to find out just how much hard work, preparation and love goes into a day like this. You can check out Alan Rowlette’s groovy shots of the day over on Facebook here…

You can check out the full gallery of Pablo Photography shots from King Of Greystones 2016 right here.

Greystones Gets A Little Pet Symmetry