As he plays The Whale, Michael Janisch gets deep 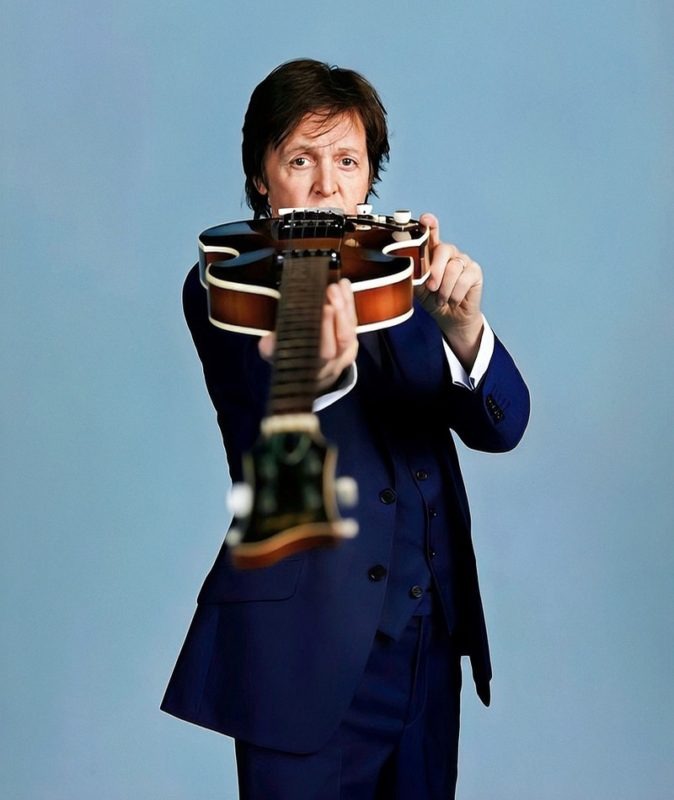 How low can you go…?

laying The Whale on Friday, April 29th as part of the Bray Jazz Festival,

Michael Janisch is a man on a mission.

And that mission seems to be to push the UK jazz scene forwards, backwards and inside out.

Arriving from the US, Janisch quickly established himself as a force to be reckoned with, the in-demand bassist starting up his own label, Whirlwind Recordings, picking up a MOBO nomination, and making the cover of Jazzwise, Jazz In Europe and Concerto.

Oh, and the talented little fecker fronts of the hottest young jazz outfits around, their influences stretching from Fela Kuti to Aphex Twin. As it always should.

Ahead of his Greystones show, we asked Janisch where all this music came from, and who are the bass players that rumble deepest in his soul… 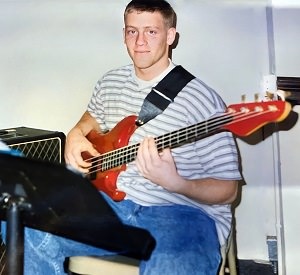 When I was four my mom bought a piano to take lessons, and so I started noodling around on it. At one point my parents realized I could hear a melody and play it back, that I had perfect pitch. After that my Dad used to bet his friends €20 that his son could go out of the room and they could play any combination of notes on the piano, and I would come back in the room having not seen them, and play them back in the exact order they played them.

I made him some good money until at one point they decided to get me piano lessons. From there I’ve been in music ever since, and started electric bass at 10 years old, taking lessons in the closet of the kitchen at my local grade school. I’ll never forget the first bass line that I was taught was the line to Daytripper by the Beatles and some years later I was playing on stage and Sir Paul McCartney was in the audience, and on the break he called me up to talk and he was very kind about his assessment of my playing, 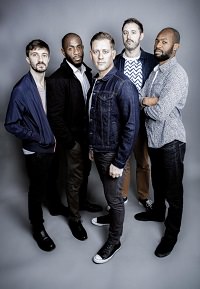 and I was able to tell him that his line was the first I ever learned. He immediately said, “Sure you could play the line but could you sing all the words at the same time?” I replied instantly, “Well, no..”, and he then immediately quipped, “Well, then, you didn’t really learn the tune, did you?” 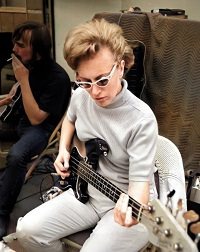 In 5th grade I started getting into the improv, blues, black Americana, jazz, roots music as a result of my great teacher Harvey Halpaus. He used to give me tapes (yes, tapes) of many famous bassists, from Charles Mingus to Dave Holland, to Carol Kaye to Jaco Pastorius, and I’ve never looked back.

Compounded with my mother’s amazing vinyl collection and love of Motown, I was hooked for life on anything that had a great bass line mixed with improvisation.

Staying on the bass theme in my formative years, here are 5 tracks I could have never lived without growing up as a bassist.

Jaco Pastorius Come On, Come Over
Like just about every bassist out there, Jaco is one of my biggest heroes, but unlike a lot of bassist, I never transcribed any of his solo lines, because I realized very early that scores of bassists sounded like bad carbon copies of him. But what I did transcribe was his bass lines, and one of my all time faves from him was this song on his debut album. It has a C Minor ostinato line that he sits on and doesn’t deviate at all, and then when it hits the chorus he goes into one of the most infectious bass lines I’ve ever heard in D. I still will warm up playing these lines to this day, but… no one plays them like Jaco did.

Herbie Hancock Palm Grease (feat Paul Jackson)
Paul Jackson was my other major electric bass hero while I was growing up. I loved Herbie’s Thrust album and used to play along with it for hours. About 10 years ago my band got to open for Paul’s group at Ronnie Scotts in London and he let me play his bass that was used to record a lot of this period of music, and I played him the bass line to this track, which was a real honor to do. We ended up becoming close until his passing a year ago, and I was honored to produce his last trio album for my record label Whirlwind Recordings. There’s no discussion about important electric bassists without Paul being included in that conversation.

Charles Mingus Better Git It In Your Soul
Mingus is one of my all-time favorite double bassists and any of his music could come with me if I got stranded on an island and I’d be set, but I remember hearing this track when I was a teenager and really getting into American Black Music and I remember having an overwhelming sense of emotion from his music and through playing. Often times I’ll still go back to his music as a reminder of this.

Christian McBride In A Hurry
Christian hit the scene in the mid-1990s with his debut, and this was when I was first getting into double bass. This record was huge for me because Christian has one of the best bass beats of all time and his facility on the bass with plucking/bowing was mind blowing to me. He’s also one of the most positive forces in this entire music.

Dave Holland Emerald Tears
This solo album was another big moment for me when I heard it. It took me awhile to understand what was going on but when I did it blew open the possibilities for me on the double bass, and improvisation in general.

Ray Brown Some Of My Best Friends Are Piano Players
In my late teens, I became obsessed with Ray Brown’s playing and would seek out the many hundreds of records he’s appeared on throughout his life, but this album really connected with me, so I transcribed every single bass line and played along with it for hours. It’s also great to hear all the different pianists on it and how Ray plays differently with each. Such a great record…

You can grab tickets for The Michael Janisch Band at The Whale on Friday 29th here, and find out more about the man and his music over here.