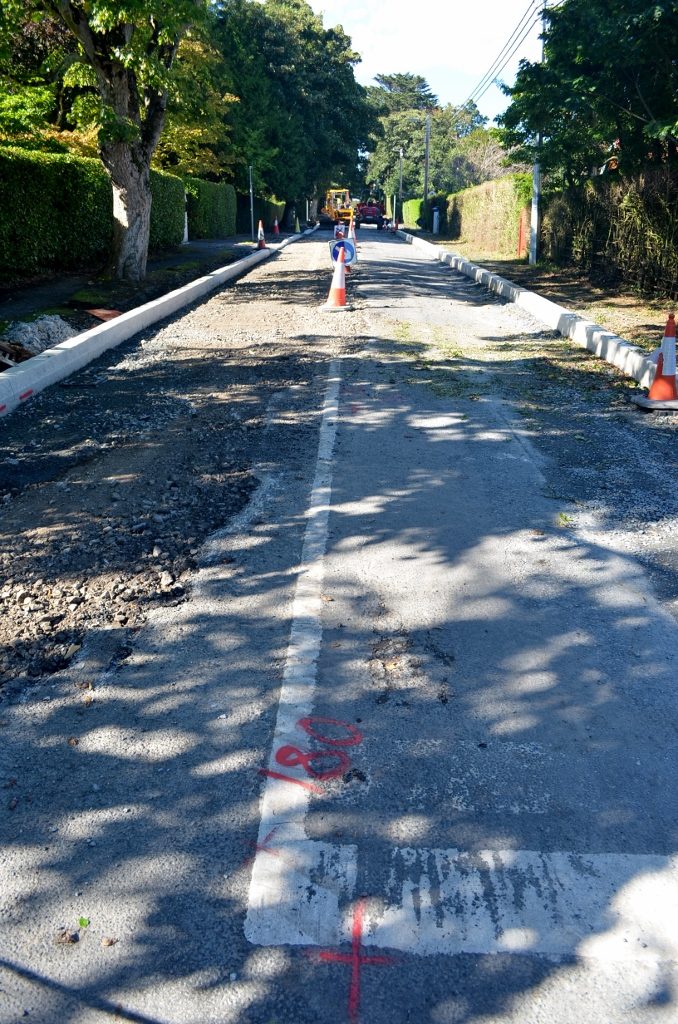 At a time when residents in Fairfield Park are facing homelessness, council houses up in Kindlestown are battling to protect themselves from idiot gorse fires, and there’s a pothole outside the Greystones Garda station that is now claiming squatters rights, it’s heartening to see that someone in the local district council is finally doing something about the widening of the footpaths in the Burnaby. 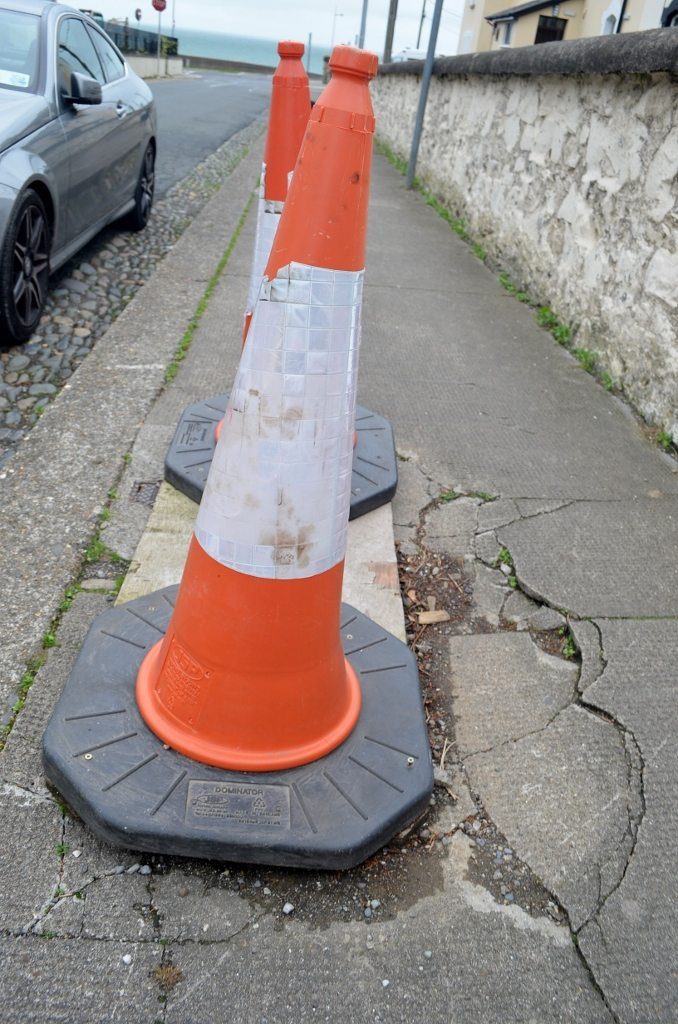 Finally, the petition has paid off. We’re going to have bigger footpaths through the Burnaby.

Even if this particular Greystones estate has always been a somewhat reluctant right-of-way. 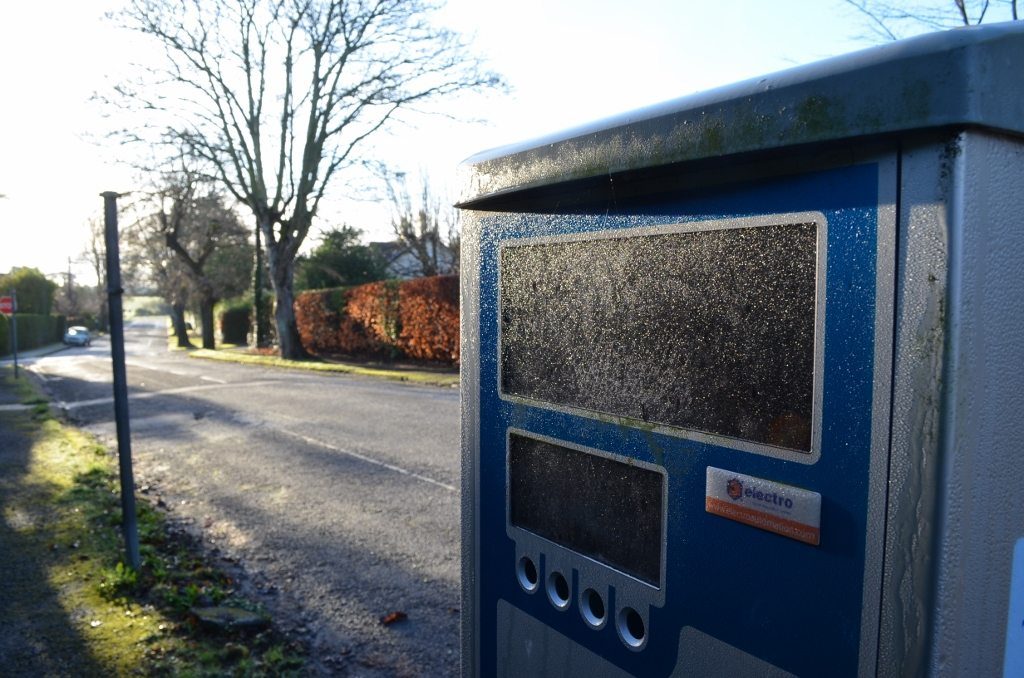 With an army of construction workers having set up shop there over three weeks ago, the widening of these Burnaby footpaths has also meant the disappearance of all those council parking spaces that no one ever dared park in.

And no one dared park in the Burnaby simply because, soon after being installed some years ago, all the parking meters in the area were mysteriously vandalised.

Well, this is a notoriously rough part of the town – home to the notorious O’Farrell gang and the Brennan Basher Boys. 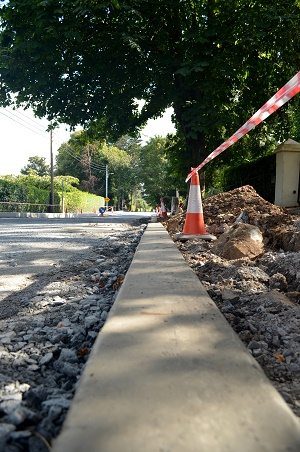 Even more mysteriously, the council didn’t bother to fix any of these vandalised parking meters.

Which meant that this very private estate stayed pretty private, Joe and Joanna Sixpack never being quite sure if it was safe to park there or not.

And now, as these new footpaths are introduced, many of those teasing parking spaces have been effectively covered over. Just in case, you know, someone ever did bother fixing the parking meters. 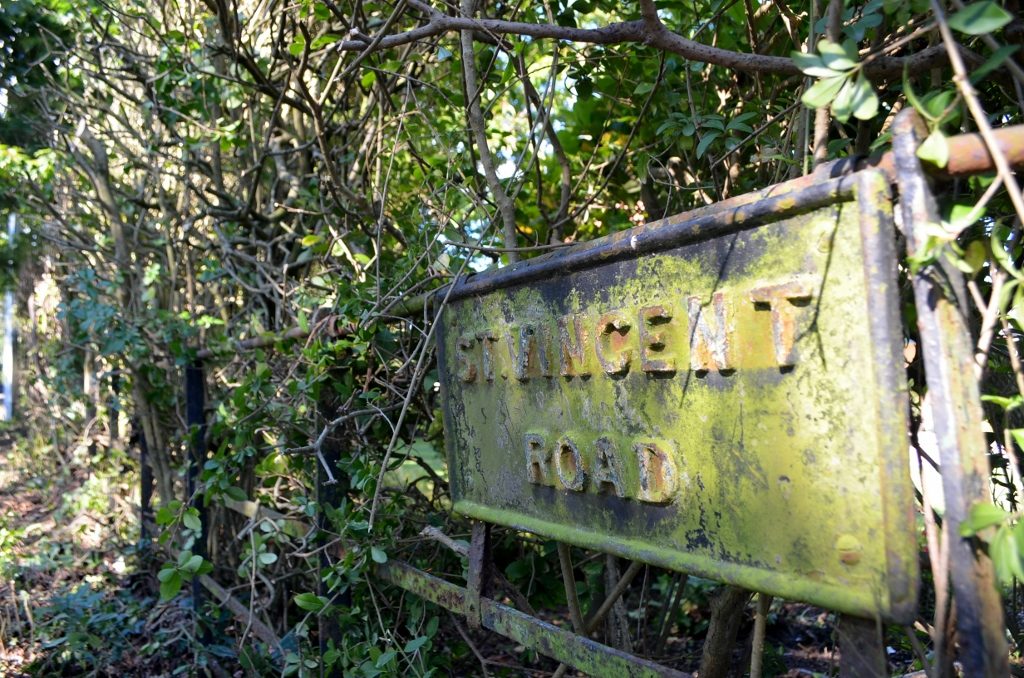 Clearly, it’s important for the great unwashed to realise that this is a local Millionaires’ Row for local millionaires. After all, you don’t want to live in a million dollar house, and have a 97 Nissan Micra parked outside. Even if it does have tinted windows.

The fact that it looks as though half of Wicklow’s roadworks industry is involved in building these footpath upgrades makes you wonder how much the whole shebang actually costs.

Surely, given how beautiful the old Burnaby footpaths are – and I’m guessing the residents actually would prefer them left alone – this particular chunk of taxpayers money could have been better spent…?

Road from Tesco to Killincarrig has some awful ramps. Strangers to Greystones could do serious damage to their car at ramp below Crowe Abbey. The ramp closer to Tesco has a slight incline from Tesco side but a ferocius incline at the other side. What engineer sanctioned these.
Still, its nice to see improvements being carried out on other areas. Agree fully with Bogman regarding above comment.

Happy to see the road being resurfaced, whatever about the parking nuance. Some 100’s of motorists who use this road will be pleased.
I’d be happier still if the council saw fit to resurface main north artery into Greystones – Blacklion / Rathdown – some thousands of motorists would be grateful.

Luke Goes Over To The Dark Side