Cage Against The Machine

t is, of course, the role that Nicolas Kal Elvis Mary Cage was born to 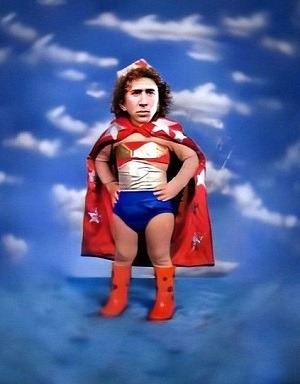 And given just how meta, mental and mischievous his character is in The Unbearable Weight Of Massive Talent, how could the man not have fun?

Given that the man born Nicolas Kim Coppola has hit a sweet spot somewhere between iconic and ironic after 40 years up on our screens, it’s only fitting that he would finally get around to playing himself in an action comedy that’s as much Adaptation as it is The Rock.

Cage plays Cage at a particularly low point in his life, separated from his wife (Sharon Horgan) and increasingly distant from his teenager daughter (Lily Mo Sheen), his only offer of work is to take the money and grin at a multimillionaire superfan’s birthday party. That superfan is played by Pedro Pascal (The Mandalorian, Game Of Thrones, The Last Of Us), who’s about to be pounced upon by the CIA. But they hadn’t reckoned on Nicolas F**king Cage.

Presented by the Greystones Film Club, you can catch The Unbearable Weight Of Massive Talent (USA/18/107mins) on Thursday, September 15th at 8pm in The Whale.

Your €10 admission comes with a free box of freshly-popped popcorn, and you can grab your ticket here.

In the meantime, here’s a so-so 2009 interview we did with the great man himself way back when we had a career.