Careful With That Cake, Eugene

It’s when you’re out and about for a walk 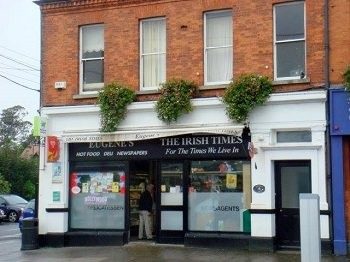 and you run into shiny, happy couples like Gemma and Eugene that you realise two important life lessons.

Firstly, true love lasts forever – and even a little longer, if you 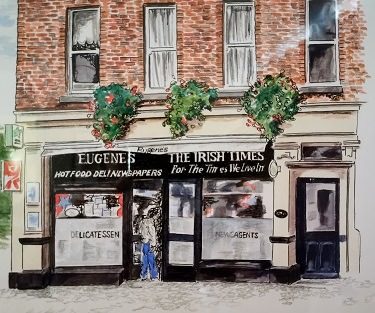 Secondly, when you fill your life with such love, and laughter, and general divilment, you never truly grow old.

being a perfect case in point.

We reckon it’s the drugs. Eugene and Gemma’s favourite son, John, has other ideas about what makes his beloved pop forever young…

Born on the 24th of June 1940 in the little town of Ballyconnell, County Cavan and 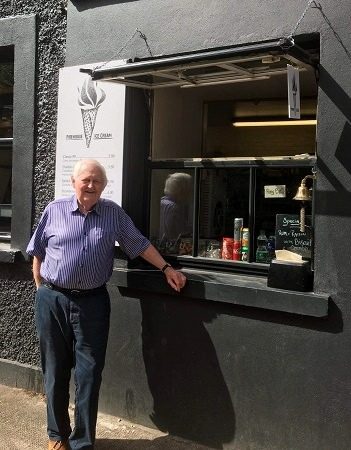 kept in the top drawer of his Mothers dresser for the first few weeks of his life, he reckons he has stayed there ever since.

Eugene moved to Greystones in February of 1976 from his management role at Donaghmede shopping centre to open his own empire in the sleepy fishing village of Greystones. Eugene’s Newsagency first opened its doors on June 9th 1976 and despite various challenges along the way, remained a part of the community for almost 40 years.

Incredibly, in his very first year of business, he was blocked from selling any Irish newspapers because of pressure from the Newsagents Federation. Not one to be put off, Eugene’s brother-in-law Patrick, then running Gemma’s Newsagency in 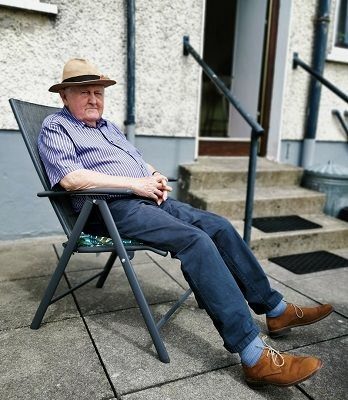 Dalkey, agreed to supply him with the illicit contraband, as Eugene explains. “They arranged for my brother-in-law to drop a parcel of Irish newspapers on the train every day from Dalkey to be picked up at Greystones platform. This worked like a dream…”

Thankfully, common sense eventually prevailed, and a year later, Eugene was able to finally supply Irish newspapers to his newfound and hard-earned customers.

After almost 20 years of shopkeeping bliss, and raising his angelic family, Eugene decided it was time to move on, selling his business to Eamonn Kelly on June 21st,

1995. But the brand remained strong and Eugene’s name stayed above the door for almost another 20 years, until the shop was eventually sold in 2014. The days of the corner shop had come to an end.

At the ripe old age of 80, Eugene now enjoys gardening, his weekly yoga class and going to Shoreline for his weekly workouts. And the odd ice cream.

Some man for one man. Still living from the top drawer, Happy Birthday Eugene.

Application For 99 Houses On Chapel Road