With Greystonian Richard Roche part of the touring party, Chicago’s New Trier High School rugby players came breezin’ into town on Sunday – and proceeded to impress the hell out of everyone present. 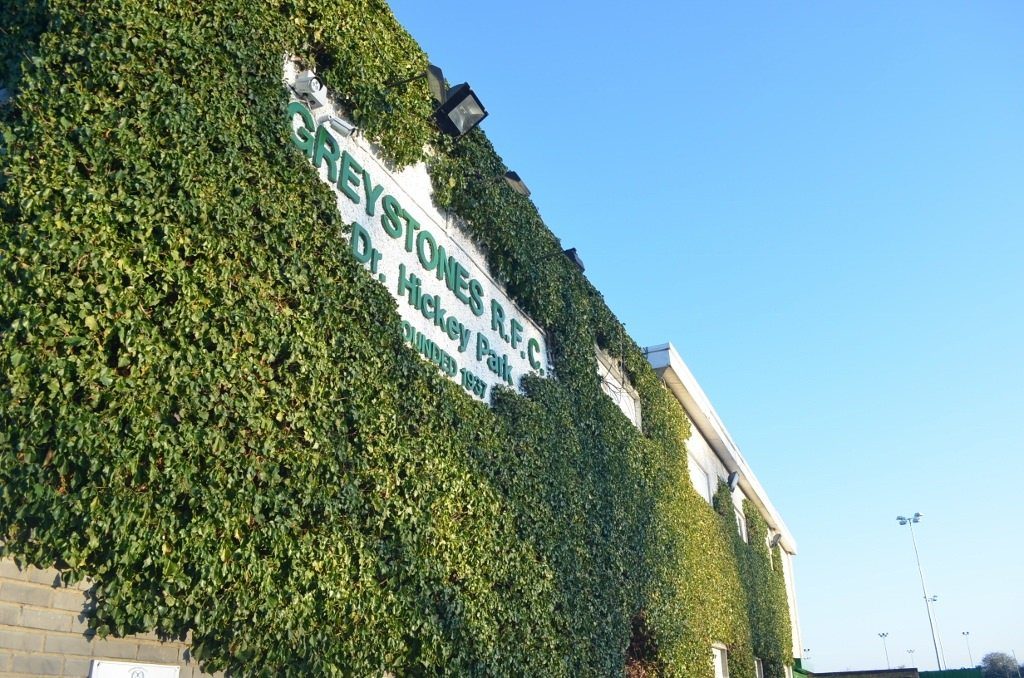 The idea was simple enough. Get 32 teenage players from the Windy City over to sunny Ireland, so we can show them how real rugby is played. The visitors took part in a 4-team U17/U18 tournament at the Greystones Rugby Club on March 20th, and after drawing with their host town (now, that’s respect) , the boys beat the Blue Barbarians 14-12 and then battered Leamington 19-7.

Here’s the match report from our on-the-spot sports commentator, Rochey…

As a glorious afternoon sun broke through yesterday, 80 rugby players ran out onto the pitches at Greystones RFC to play a six-match, round-robin tournament between Greystones RFC, New Trier RFC, Leamington RFC (from Warwickshire, England) and Blue Barbarians (a select side).

Despite drawing teams from three different continents, age-levels and experience, the sides were very well matched, and that was reflected in the results.

After speeches, presentations and incredible hospitality by Greystones RFC, the 50-strong Chicago touring party departed for a tour of Greystones, which drew comparisons to the great coastal towns of Maine and New England from the visitors.

On Monday, the New Trier team departed their Dublin base at Carlton House for an 8-team, 10-a-side tournament in Skibereen, and will be returning home to Chicago on Thursday, March 24th.

Ah, some very kind and flattering words there from these find, upstanding and courteous foreign visitors. Safe journey home. Ya big eejits.