Let's do the time warp again...

ep, it’s that time of year when time itself decides we all deserve a little less time in everyone’s favourite place – bed!

Yep, the clocks go forward one hour at 2am as Saturday, October 30th becomes 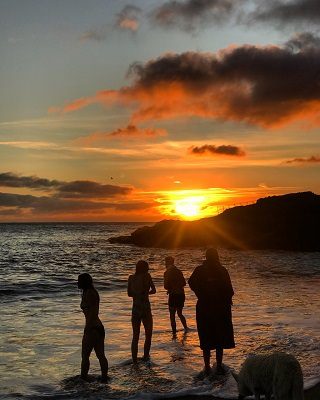 For those of you wondering where this strange practice came from, it first sprung up in the mind of American inventor and politician Benjamin Franklin, who proposed in 1784 that people simply get up an hour earlier to utilise daylight.

Writing an essay for The Journal Of Paris, entitled An Economical Project For Diminishing The Cost Of Light, Franklin addressed the big concern of the time – saving on candles.

It was in 1895 that New Zealander George Hudson came up with the idea of Daylight Saving, with the first nationwide implementation happening in the German Empire and Austria-Hungary on April 30th, 1916.

The fact that this time shift is not adopted throughout the world makes for some interesting global synchronised moaning every spring and autumn. And may explain why the European Parliament voted in to scrap the practice of daylight savings, leaving individual countries to vote it in or out.

For now though, let’s just enjoy this extra hour of sunny mornings, before logic finally kicks in…

Having A Good Hair Day