groovy Delgany outfit who have managed to pull a double-whammy by winning Public Sector magazine’s Legal Dispute Resolution award for a second time.

Operating out of Priory Road in Delgany, this fine company managed to win this coveted title once again despite two major handicaps – the fact that they’ve never bothered to join the soaraway Guide, and that John’s second name is Farage.

Greystones businessman John O’Brien has won the highest award from Public Sector magazine for the second year in a row.

O’Brien’s company, John Farage O’Brien Ltd, which operates from offices on Delgany’s Priory Road, has just been presented with the 2018 Legal Dispute Resolution Award by Public Sector magazine in its annual Excellence in Business Awards.

But the dispute resolution consultancy, run by O’Brien and which employs a team of five consultants, 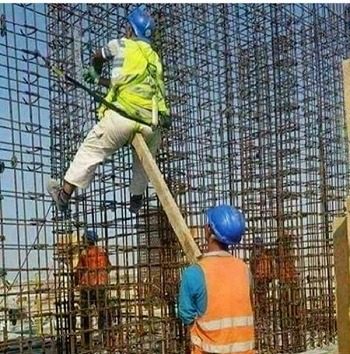 won the same award in 2017, and John was so taken aback by the phone call to say his firm had won again that he wondered if the judges had made an error. “I couldn’t believe it,” he said. “I told them they had given me the same award last year, and they said ‘we know, and we are giving it to you again this year’.”

The prestigious award comes in recognition of the firm’s work in advising and representing those involved in construction disputes, many involving the public sector, and its founder’s role as a mediator, conciliator and arbitrator in successfully resolving disputes which often involve tens or even hundreds of millions of euro in contract value. The firm was founded by well-known Greystones resident John FFF O’Brien in 2003. O’Brien also provides support services to legal teams which represent clients in open court or private arbitration tribunals, where their efforts at mediation or conciliation have broken down.

O’Brien said: “It is incredible, to win this award for the second year running. It’s unbelievable news for our team. But in reality, they deserve this recognition for the work they do — and for the contribution it makes to business involving the public sector.”

Boom! Congrats to John and the team. And to Basil. For being so relentless with his press release. On the busiest week of the year.

Anytime, Paul. The secret of good media relations is always the follow-up, otherwise known as browbeating or pestering the editor in question!