Greystones’ striking Tesco workers had an extra body on the 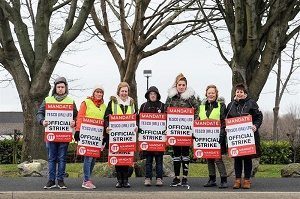 frontline this afternoon when Stephen Donnelly stopped by.

Stating that he supported the strike “wholeheartedly”, the former independent-turned-Fianna Fáil TD spoke with the workers about the need for Tesco to return to the table so the issue of early contracts being torn up by the supermarket giant could be resolved.

The trade union Mandate voted for strike action last year, and a nationwide campaign began on February 14th, with Greystones joining the pickets last Friday, February 17th. Speaking tonight to The Guide, Donnelly said, “Basically, my position – and it happens to be Fianna Fail’s position too – is that it’s simply not right for an employer to unilaterally change contracts. Tesco are simply in the wrong here.

“This is just the thin edge of the wedge. If Tesco are successful, other corporations will follow.” 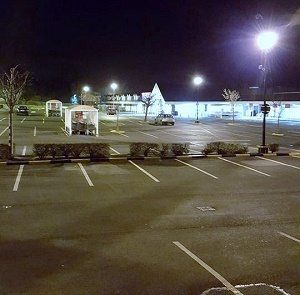 Donnelly also stressed his disappointment with reports of bullying and coercion on the part of Tesco during the dispute. The blackening of the pedestrian crossing at Bray last week being a prime example.

Stating that Fianna Fail have consistently criticised Tesco on the issues that sparked the nationwide strike, Donnelly was surprised to be told today that the 250 pre-1996 workers were earning just €30,000 a year.

“We’re getting to a point where people simply can’t afford to buy a house, even though they’re in full-time employment,” he stated. “So, there’s much at stake here. When you zoom back from the Tesco dispute, you can see that workers everywhere are being pushed into 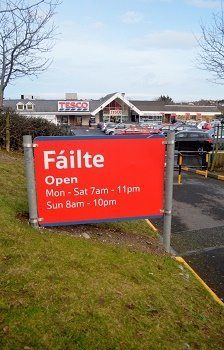 zero-hours contracts, which means they’ll have little or no security in their jobs, or little chance making a better life for themselves.”

When it comes to combatting those companies employing such working conditions, Donnelly wishes “consumers were more selective. There are stores that pay more, and there are stores who have very shoddy work practices. We all know who they are, and yet, people will shop in them nonetheless.”

Signed by all five other Wicklow TDs, Donnelly revealed that a letter had been sent to Tesco today, requesting that the striking workers be allowed to hold their protest at the shop doors as opposed to being forced outside the car park.

“This demand from Tesco that the striking workers have to stay off their premises is the main reason a lot of the smaller businesses operating beside the Tesco centre in Greystones have suffered so badly,” finishes Donnelly. “It’s a cruel move, and it’s only hurting those smaller shops. 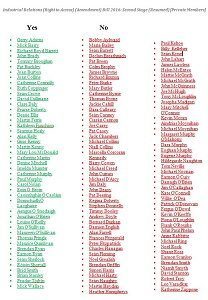 “Here’s hoping Tesco will see sense on this front. And on quite a few other front too…”

FOOTNOTE: The morning after our 20-minute chat, I wasn’t quite sure where young Donnelly stands when he’s supporting the workers given that, the night before he visited the Tesco picket, he voted against a bill the previous night that would have given unions access to workers. It’s the Industrial Relations (Right To Access) (Amendment) Bill 2016, and the vote was Second Stage (Resumed) [Private Members] – so, naturally, got back in touch with our boy, who explained that ‘the Bill in question would have increased access for union reps to the workplace. Good idea, but I’m advised that the bill was legally flawed, created potential data protection issues, and may not have been a reasonable balance.
‘The salient point is that the Tesco strike had/has nothing whatsoever to do with this. The strike is on the grounds of the employer unilaterally changing the contracts for c.250 workers. Sinn Féin are trying to link the two, in order to claim, falsely, that they are the only people supporting the workers. In so doing, they are, of course, weakening support for the very workers they claim to support.’

You can check out Day One of the Greystones Tesco strike here.