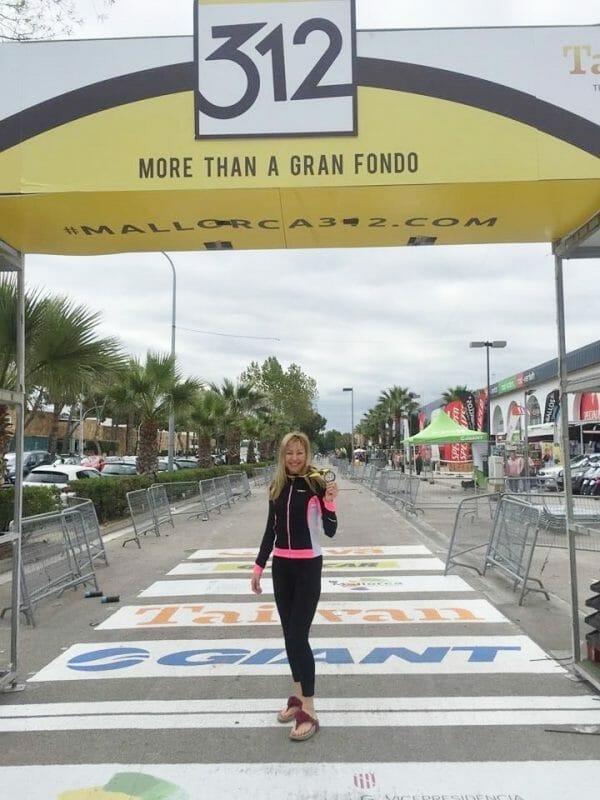 Having only just taking up cycling a little over a year ago, when she joined the Cycleplus crew in Greystones, Edwina Beirne has just added another medal to her collection after completing the Mallorca 312 challenge. 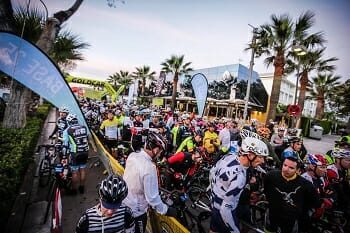 We asked Edwina to talk us through the experience…

Having taken place last Saturday, April 29th, over 7,500 cyclists from all over the world attempted to compete the notoriously heartbreaking, arse-aching challenge that is the Mallorca 312. With three route on offer, Edwina naturally chose the toughest one, the full 312km boasting 5,050 metres of relentless climbing. Regarded as just about the toughest event Europe has to offer when it comes to cycling, only a fraction of those who take the Mallorca 312 on get across that finishing line.

Edwina trained for the event for the past six months, each week covering between 400 and 500 kilometers. Which, unsurprisingly, gave Ms Beirne some back problems, resulting in twice-weekly visits to both a chiropractor and a physio. For 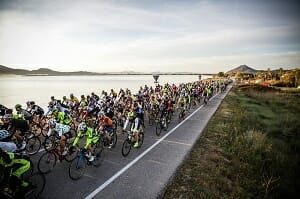 the race itself, a back brace was needed, along with thermal pads, to make sure that Edwina didn’t suffer any unnecessary difficulties. When you’re going to be in the saddle for 14 hours, hey, making sure you’re comfortable as possible is a given.

Given that it’s still early days for Edwina when it comes to the cycling bug, sleep wasn’t easy the night before the big event. Rising at 5am – ah, the Flynnstones would be so proud – Edwina knew that the first 160km was the real challenge. That’s where the bulk of the climbing occurred, and facing it first meant dealing all those anxieties head-on. A beautiful day helped ease the stress factor, and the inevitable pain that came with those cruel mountains. 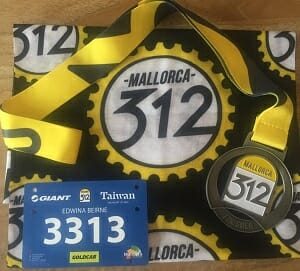 Meeting cyclists from near and far helped break through the walls of pain too, and if the last 100km were the toughest, with the dark skies kicking in, Edwina kept her cool. Even when other cyclists literally burst into tears at the sight of yet another mountain on the horizon.

The cycle was, both geographically and spiritually, a rollercoaster, but Edwina held onto her mantra, repeating again and again, “This is easy“.

Which, of course, is the last thing the Mallorca 312 is, but Edwina was fit enough, and was able to fool herself just enough, to keep on going, right to that finishing line right back at Alcudia. Just after the sun went down. 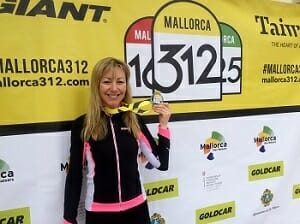 The fact that there are already plans afoot to take on the challenge again next year – with friends also signing up for 2018 – reflects the kind of person Edwina is. Shaking, she says, from either the tiredness or the excitement after 14 hours of cycling – or maybe it was a dizzying combination of both – Edwina felt nonetheless amazing.

“It’s now a week later,” she finishes, “and I’m still on Cloud 9. I’ve never felt so happy after this wonderful, wonderful experience. And I probably wouldn’t have been able to do it without the support of all my friends back home here. From the Wicklow Tri group, to the Cycleplus team, encouraging me through all that winter training. Without them, I simply wouldn’t have been able to do it…

“So, if I still feel pain next week, I’ll know who to blame…”

You can find out more about Mallorca 312 here. And you can find a good Wicklow psychiatrist here.

Has Someone Just Thrown Luisne A Lifeline…?