God Has Left The Building 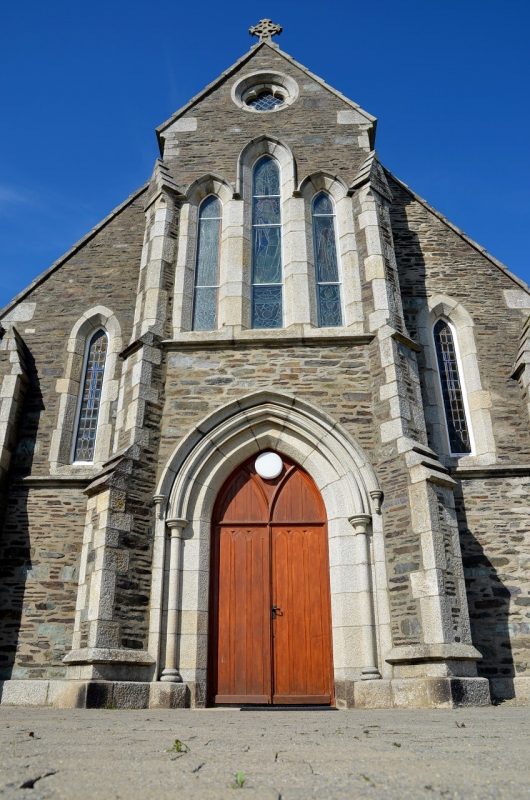 We struggled with how best to cover 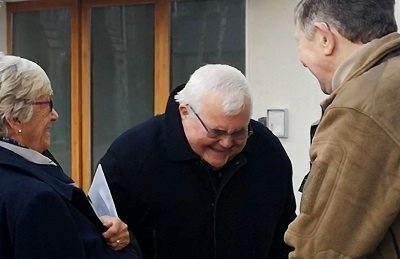 today’s final mass at Delgany’s Carmelite Church, as it was plainly going to be an emotional affair.

After first opening its doors on December 7th, 1844, the 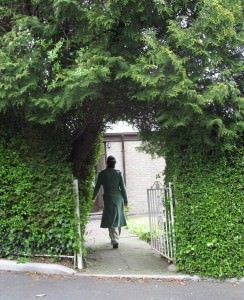 doors closed today, as the nuns were packing up and moving out.

That’s quite a lot of memories packed into one final mass, which may explain why it ran this morning from 9am to just after 11am.

Father Joe had a lot of stories to tell, lots of history to do justice to, and 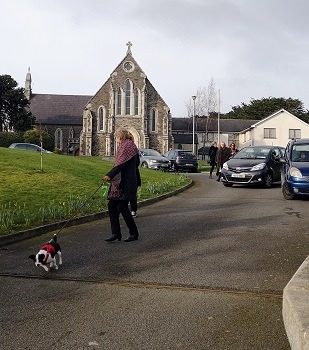 it was clear that this packed house wanted to hear each and every one of them.

Given that this building was still a house of God this morning, we thought it best not to intrude during the service, opting instead to catch the afterglow. Walking up through the town, every available space was taken up with a parked car. Heck, some people even had to park outside The Delgany, and on that dangerous corner at Cheers. Shocking.

We had hoped to have a few words with one of the nuns, but they haven’t replied 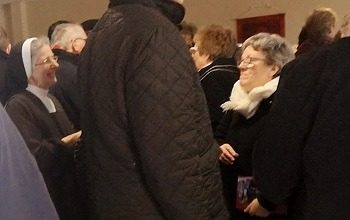 to any of our requests over the past four weeks, deciding to take their vow of silence online. Chatting with Father Joe shortly after the service, he said he was in no fit state to talk about the day. “I’m out of breath,” he said, as he headed to his car, “and 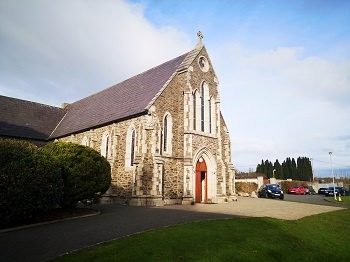 my heart’s not so good either…”

We’re guessing quite a few people felt that way in Delgany this morning, some having coming from as far away as Derry to remember an aunt who had joined the Carmelite 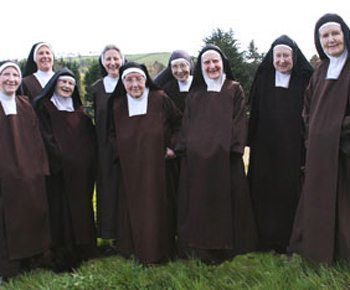 ranks, whilst others from England, revisiting their own childhood memories of going to family mass here every Sunday.

Talking afterwards with local estate whiz Gabriel Dooley (who shot part of the final mass, below), he revealed hopes that the church and monastery – both preserved buildings – will become community halls. “That’s all down to who buys the property,” says fallen angel Gabriel. “It’s out to private tender, and we’ll know soon enough what’s going to become of this beautiful place…”

So, safe travels, sisters, and here’s hoping that your good work lives on in your 164-year-old home’s eventual reincarnation.

You can check out Shay Clear’s December 2016 oral history of the Carmelite Monastery here, and check out our December 2015 video chat with Sister Gwen right here.

On An Island, Far, Far Away…

Sad day for the village.

I remember buying eggs from the nuns
and the day they were all sent out to vote – I think it was for the divorce or abortion referendum..

Before the Divorce referendum (in ‘93?) the only other time they got out was to see pope JPII in 1979.
Sad to see the Sisters leave after 175 years’ part of the village. Sadder still to think of what’s gonna happen to their beautiful land. More housing estates?
Perhaps Wicklow Co. Co. can step up and keep a decent size open to the public. A park, perhaps?