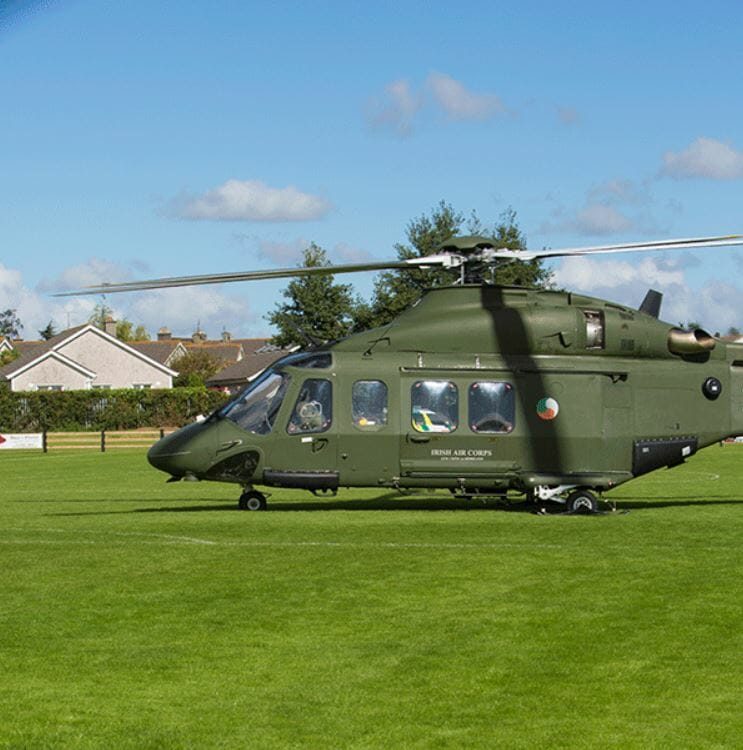 News is just breaking of a Greystones United player having to be airlifted to hospital during this afternoon’s Wicklow League game in Arklow.

The game between Greystones and Arklow United was halted in the 75th minute after the player suffered a broken ankle.

Unfortunately, the nearest ambulance, in Baltinglass, was already on another emergency, and so a helicopter was dispatched to get the man to hospital.

Both Wicklow Rapid Response and a local first aid responder tended to the man until the Air Corp paramedic arrived at the scene.

Update: We’re glad to report that the player in question, Oisin Keogh, is doing fine, after a visit to Tallaght hospital, and that his mum, Karena, says he’ll be smothered in TLC for the next few weeks…