A little too laidback, as it happens 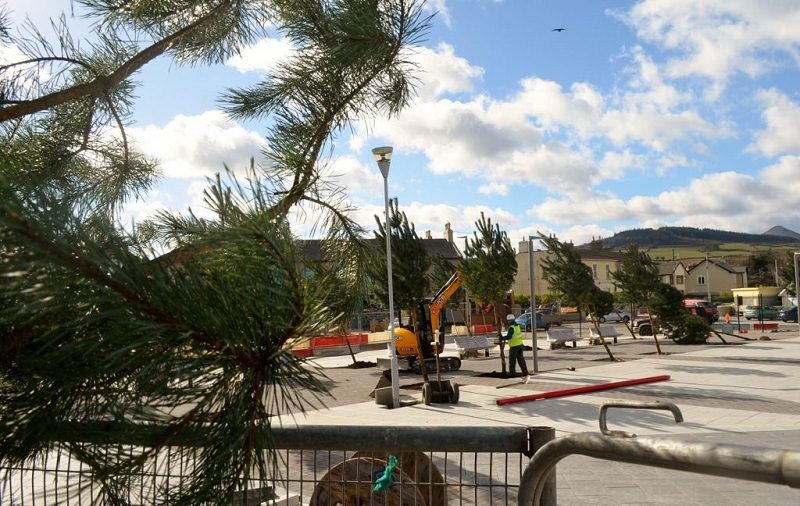 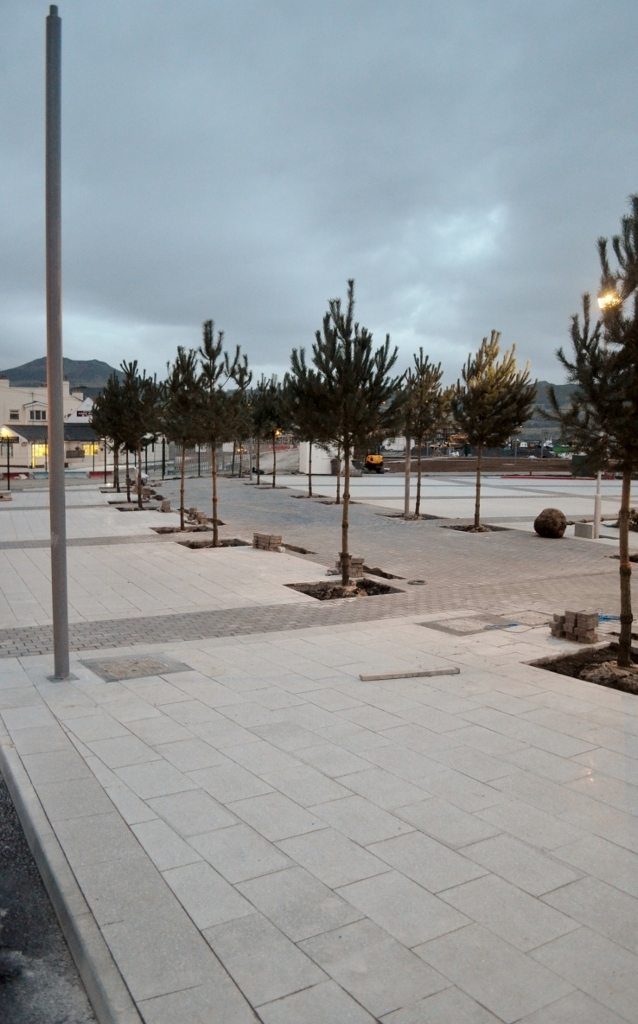 but the harbour’s new residents had their confidence knocked somewhat by that rather forceful north-east wind coming in off the sea last night.

The results brought a new meaning to the term laidback, and the sight of the trees attempting limbo must have played havoc with 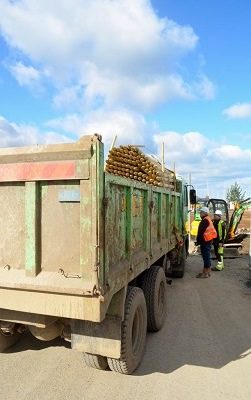 any drunks stumbling out of The Beach House bar who were trying to get their equilibrium back on an even keel.

As the workers attempted to straighten up these welcome new residents of the Greystones harbour – with a truckload of support beams arriving this afternoon – more trees were being planted, down near Joe Sweeney’s Fish & Chips Emporium, along with a whole slew of benches. 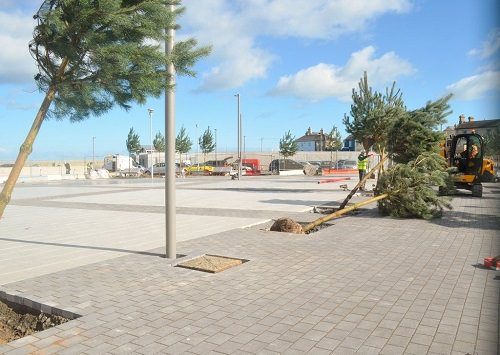 Man, this might just be the extensive patio Joe has always wanted but was always too tight to pay for. Eating fish and chips looking out at the fish and ships might just prove a rather popular treat.

Whilst there, checked out the building going on around the anchor, and, yep, that’s a taxi rank right at the mouth of the car park, alongside some public parking spaces too. Which, to be fair, makes sense.

And with every new tree, every new bench, every new people-friendly addition, that harbour will once again become ours, rather than just theirs.

When The Sun Comes Out In Greystones…