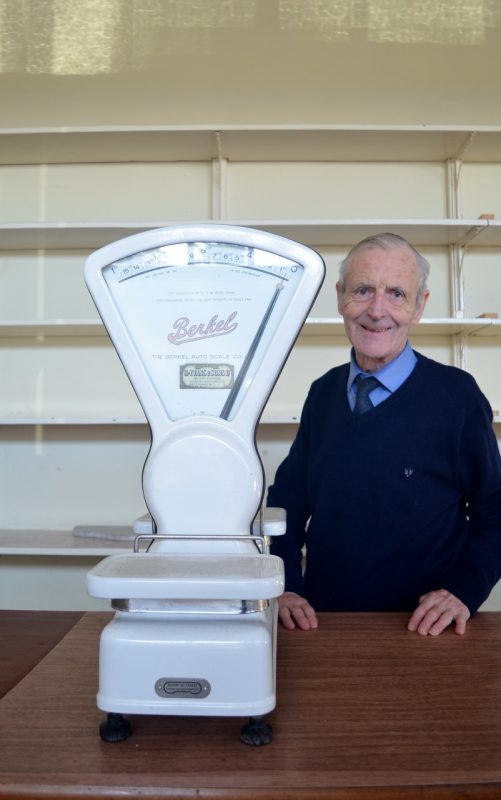 Given that Leo Ireton likes the quiet life, 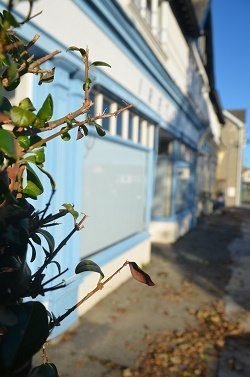 No fanfare, no big farewell party, no stream of people lining up at the door of this 100-year-old shop on Killincarrig Road. Ireton’s was simply open one day, and then closed the next.

Slipping away in the night like that may have had something to do with the fact that the shop closed whilst Leo was in hospital for nine days. Having rented out a space to Orla and her House Of Flowers at the beginning of 2015, this old school grocery store that once ruled the town got a new lease of life. Leo had been opening only occasionally at that point, this shop 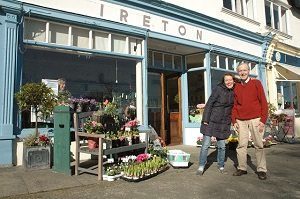 that once kept The Burnaby in all its kitchen and household goods now capable of going entire days without a sale.

So, when Orla decided that it was time to move on, suddenly, Leo saw little reason anymore to pop open those blinds in the morning. Even 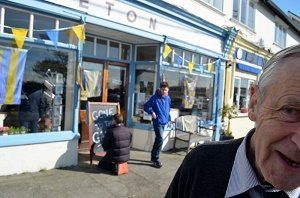 in his eighties, this man still had the wanderlust, having recently spent two weeks trekking around the wilds of West Cork and Kerry. With the shop closed, 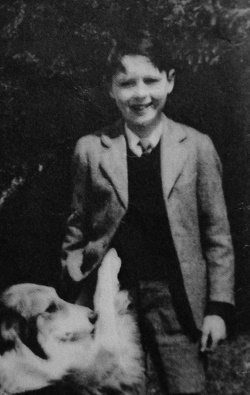 Leo can now come and go when’er he pleases.

It was back in 1959 that the young Leo and his parents, Henry and Johanna, made the move to Greystones, having come to us from the family farm in Ballinderry, Rathdrum via an eight-year stop-over in Kilcoole. It was in the latter than the Iretons first became greengrocers, suddenly thrown into a busy town that even had buses 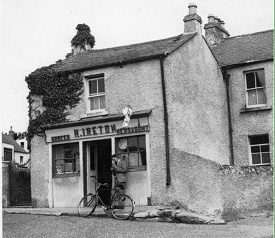 stopping right outside your door. Buses that could bring you all the way into the capital city, bejiggers.

An only child, it was perhaps inevitable that Leo would take over the family business, the Killincarrig Road premises serving as both shop and home. With few overheads, and no real desire to chase profits, Leo has quietly let the shop fade away, as it became more of a hobby, an instinct,

rather than a business.

And today, that particular hobby is now just a bunch of memories. We sat down with Leo to talk about his years behind the counter. Being Leo, the conversation went off on a few other tangents though…

Thanks to the booklet Leo produces in the interview above – put together by Karl Murray in March 2014 – we were finally able to put together a proper history of young Ireton’s early years, and his long road to Greystones. You can read it all – and see Leo as a little boy, and as a teenager – right here.

Sorry to hear Leo’s is closed for ever. Leo is a true gentleman and a mine of information! Happy retirement Leo, I know you will have plenty more traveling and adventures planned.

Very very sorry to learn of Ireton’s Shop closing.
Leo is a gentleman, courteous and pleasant to all.
I interviewed him for About Greystones on GCR.
After the death of Edith McFarland, another Greystones icon.
Kudos to Leo for allowing his shop to be HQ for historical tours.
Talks and walks for special events.
Sponsored by Greystones Archaeological + Historical Society.
Sending best wishes to Leo, a fount of knowledge about our town.

The Great Irish Feck Off

Kilcoole Through The Eyes Of Chris Almighty