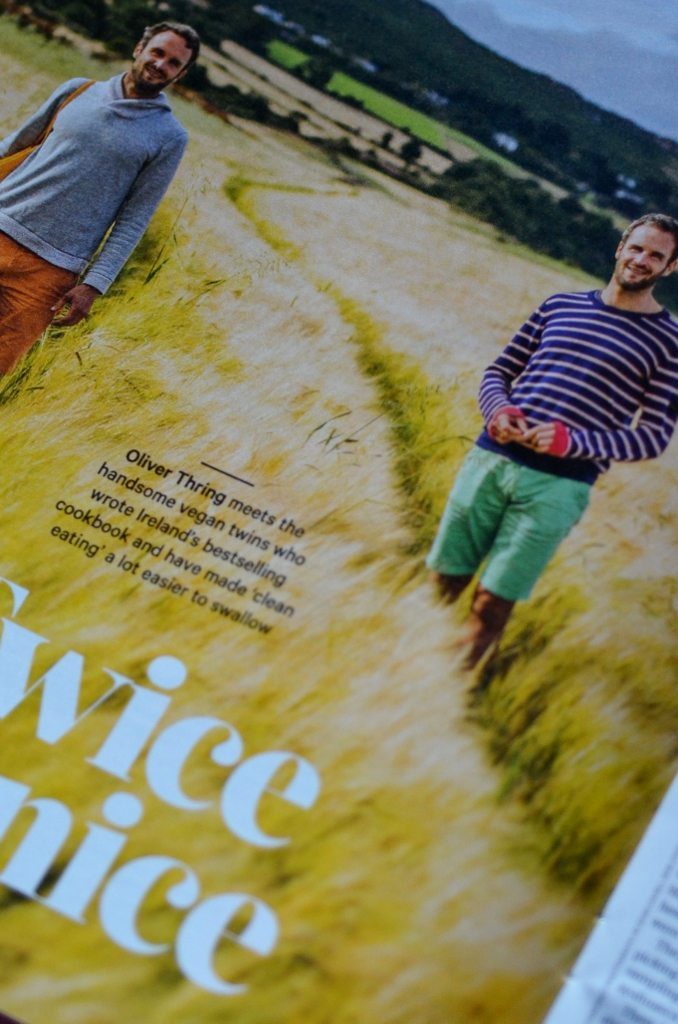 As the media onslaught continues with a Sunday Times interview today, it’s clear that The Happy Pear are heading for another chart-topper with their second cookbook.

Their 2014 debut did rather well, and within days of The World According To The Happy Pear hitting the shelves, over 1,000 copies were sold.  Right now, both books are in the Top 3. 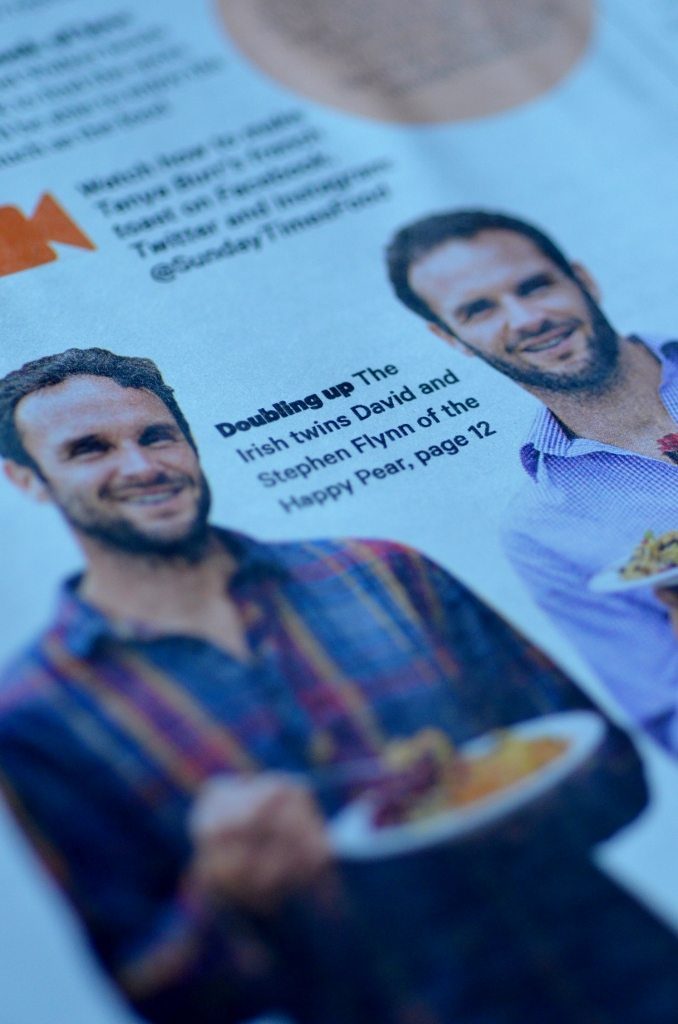 At this point, it’s hard to see anyone pipping the Flynn twins on the cookbook front for 2016. And things can only get better, given the growing number of both visitors to their Greystones HQ (we really should put up road signs to the place at this point) and the number of media giants keen to interview the huggable hummus-horsing hunks.

The latest to fall for the dasheenic duo’s charms is The Sunday Times, journalist Oliver Thring [ah, here…], who enjoyed a picnic chinwag in Steve’s garden. Where the boys recounted once again their wild, beer-swilling, skirt-chasing, ham-sandwich-chomping early years, and how they both eventually saw the lychee. When Steve rang Dave on the other side of the planet and suggested the two of them start a “food revolution”, he didn’t have to explain. “I knew immediately what he meant,” says Dave, “because I speak twin.” 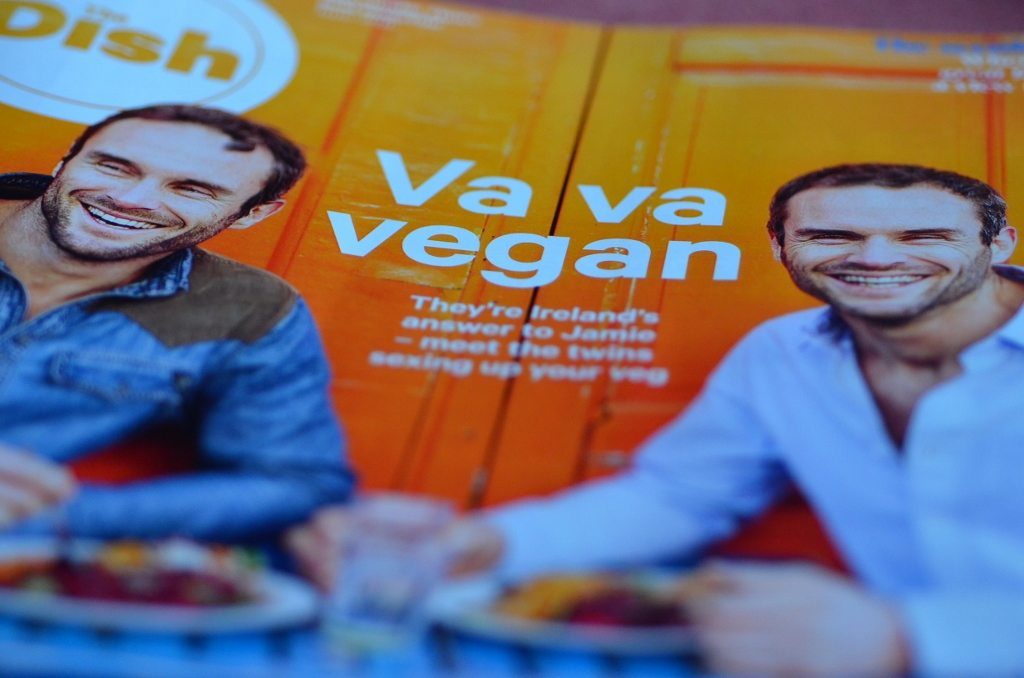 Their new-found vegetarianism and their business degrees came together to create perhaps Greystones’ first truly national brand. And it could soon be international, of course, if Penguin UK’s hunch proves right.

In the meantime, let’s be thankful, as we’ve said here before, that the Flynn twins are bringing lots and lots of groovy people to our town, with quite a big percentage of them rather fine and fit young women. Hurrah.

Still, having tried six recipes from the latest Happy Pear book at home, and found that they each tasted nowhere near as good as those I’d enjoyed at the lads’ Greystones HQ, I came to the conclusion that the boys are holding something back. A secret ingredient.

So, just last week, GG sent an undercover hippy chick into Pearville to try and determine the Flynn twins’ secret ingredient. And, lo and behold, she found it.

The secret ingredient The Happy Pear put into everything from Caramelised Fig Salad with Baked Potato & Walnuts to their Pink Pancakes with Red Grapefruit Guacamole.

It’s bacon. Yummy, yummy bacon. In everything. Even the desserts.

Get Your Ya-Ya’s Out For A Good Cause