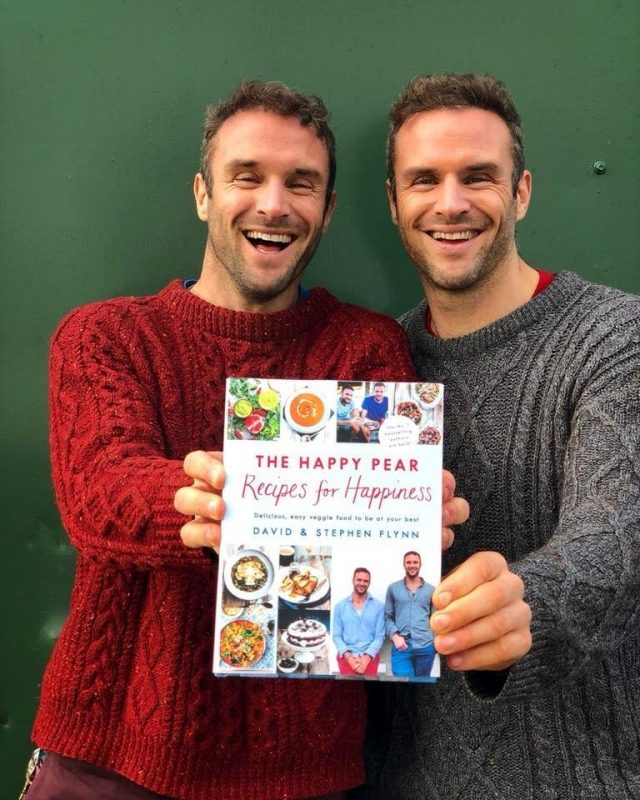 It’s a book just about as assured of being a bestseller as Michael Wolff’s tantalising Trump exposé Fire And Fury,

and a definite recipe for happiness, holiday homes and helicopters for its authors.

Yep, the Flynnstones have their third cookbook ready to roll this year, and they’ve just 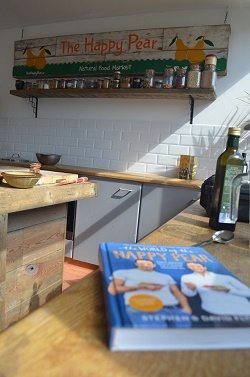 released its title and its cover.

That David and Stephen Flynn have topped the book charts in Ireland with each of their previous tomes, 2015’s Romaine Calm & Carrot On and 2016’s Going Vegetarian Is A Huge Missed Steak, means that Recipes For Happiness is assured huge sales once its released later this year.

As more and more people see vegetarianism as both the healthy and ethical option, The Happy Pear twins have found themselves the poster boys for a whole new 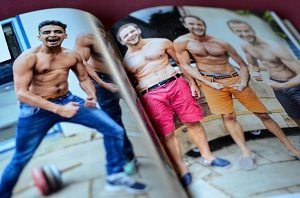 Not that the entire country has succumbed. Of the Top 10 bestselling cookbooks in Ireland last year, only two were vegetarian – namely, the Flynnstones’ offerings.

Released on May 3rd, and already available to pre-order on Amazon, the online response to Recipes For Happiness has been overwhelmingly positive, with Happy Pear fans as far afield as the US of A licking their lips and singing the boys’ praises.

Which is all good for David and Stephen’s fellow Greystonians, of course. Especially those secretly selling ham slices and Bacon Fries in those long and winding Happy Pear queues.

Reasons To Be Cheerful Pt 2017

Take It To The Bridge