If You Can Stand The Heat… 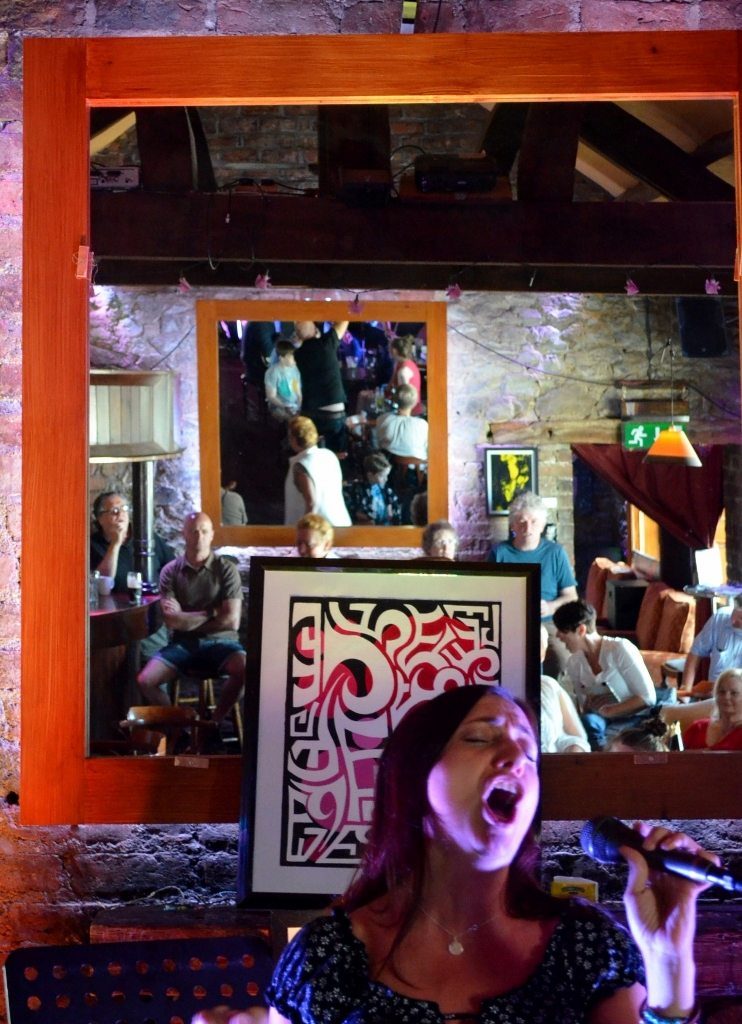 Ask any true music lover, open sessions can be very, 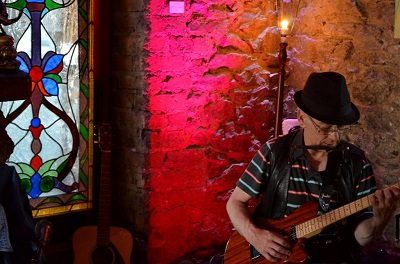 You can catch musicians on their way up 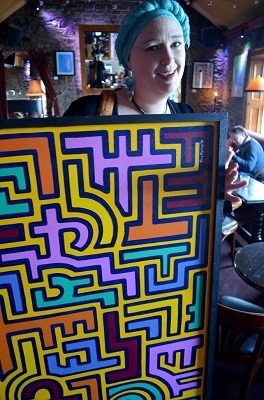 and their way down.

Perhaps the most worrying though are those who are stuck in a moment that they can’t get out of, and their heart is no longer in it.

So, it was with much surprise and delight that the weekly 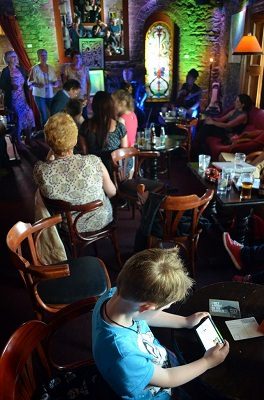 Sunday afternoon session at The Hot Spot on June 12th turned out to be something of a stormer.

If music’s got a good backbeat, you can’t lose it, as so very often happens in these open sessions. With no one driving, unsure singers and performers just wobble off into the ditch. But, on this particular Sunday, Donny and Bert Versey – who run Jack’s Music Club in Dun Laoghaire – knew exactly where they were going.

Joining them for the ride was a motley crew of queen bees, soul

Ravi got everyone singing along to The Kinks’ Sunny Afternoon, whilst the likes of Mood Swings, Louise McSweeney, Siobhan Brady, Sam Cox, Catherine Simpson and Paddy Lynch, amongst others, each flew that little bit higher as this 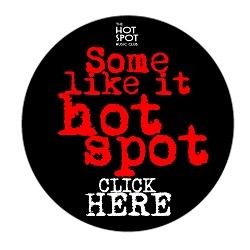 That Jane Markey was there, to promote her exhibition, her wild, wiry paintings adding another layer of psychedelic twirls to proceedings, only made this heady sound and vision swirl all the more.

Now, if we could only work out a way to get that lady in red to shut

her fat trap for even just one full song, we might just have kissed the hem of nirvana. We may have even inspired a few kids to look up from the phones.

The plan is to have the Versey boys back each month for The Harbour Sessions. We’ll let you know when they’re next swinging through town… 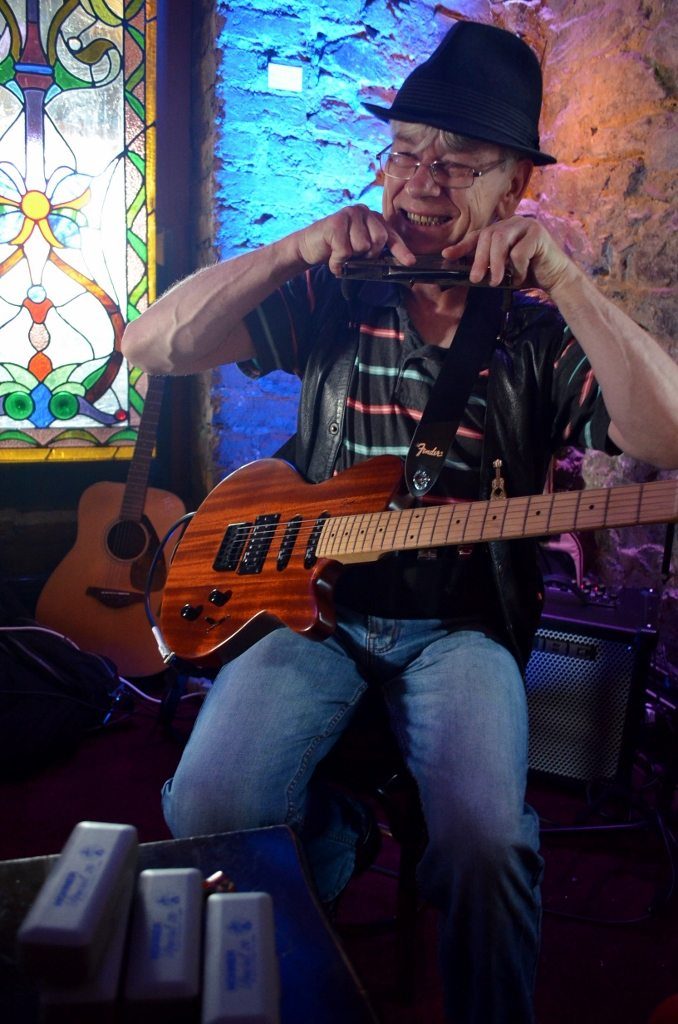 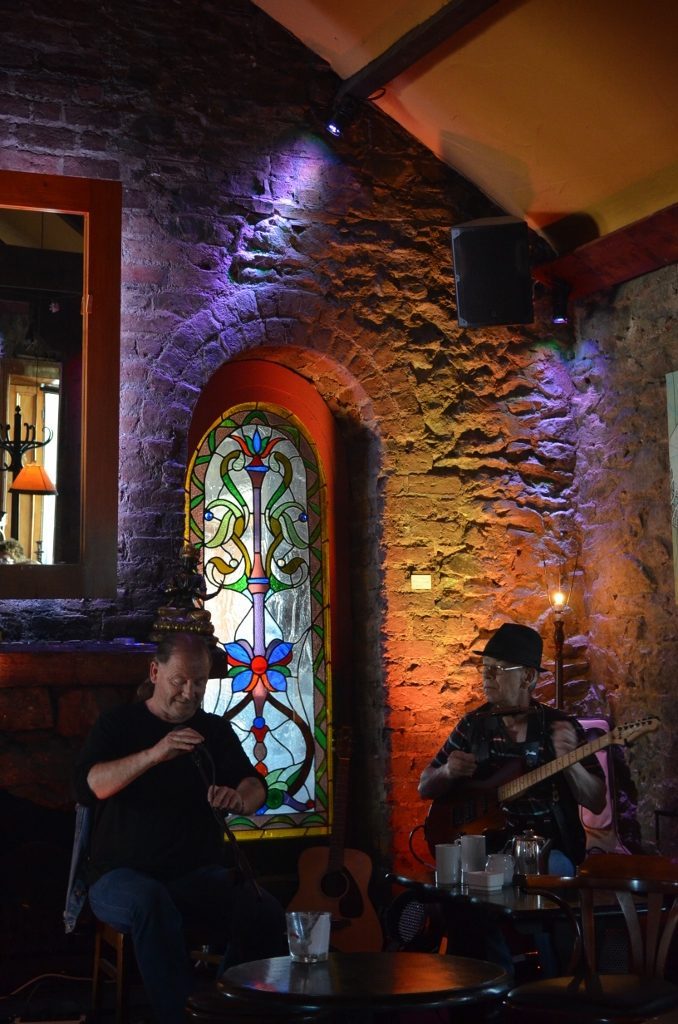 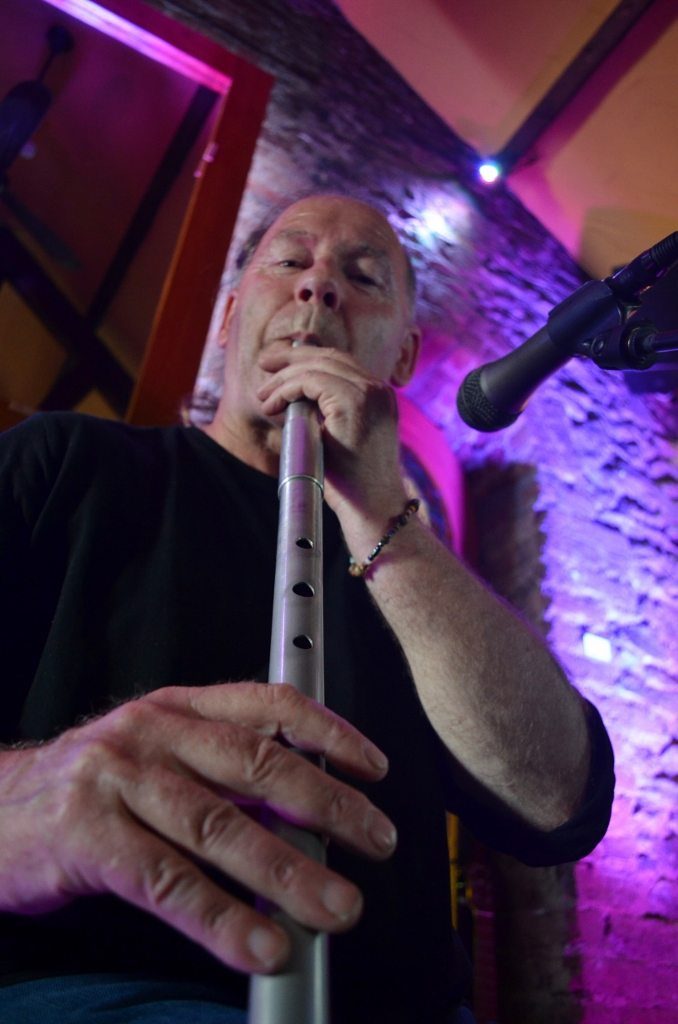 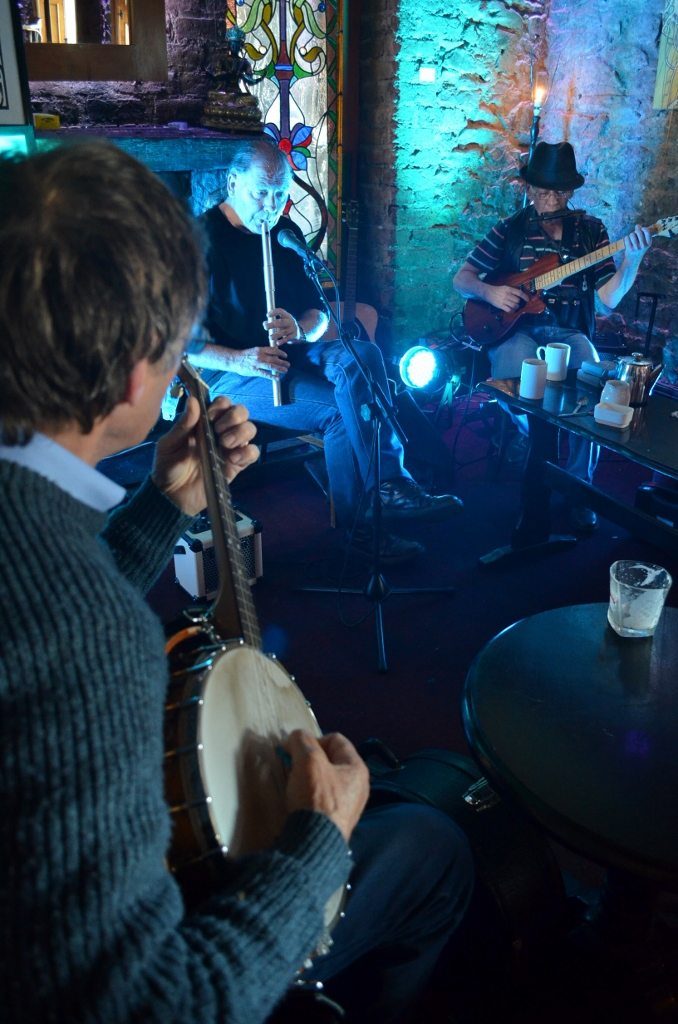 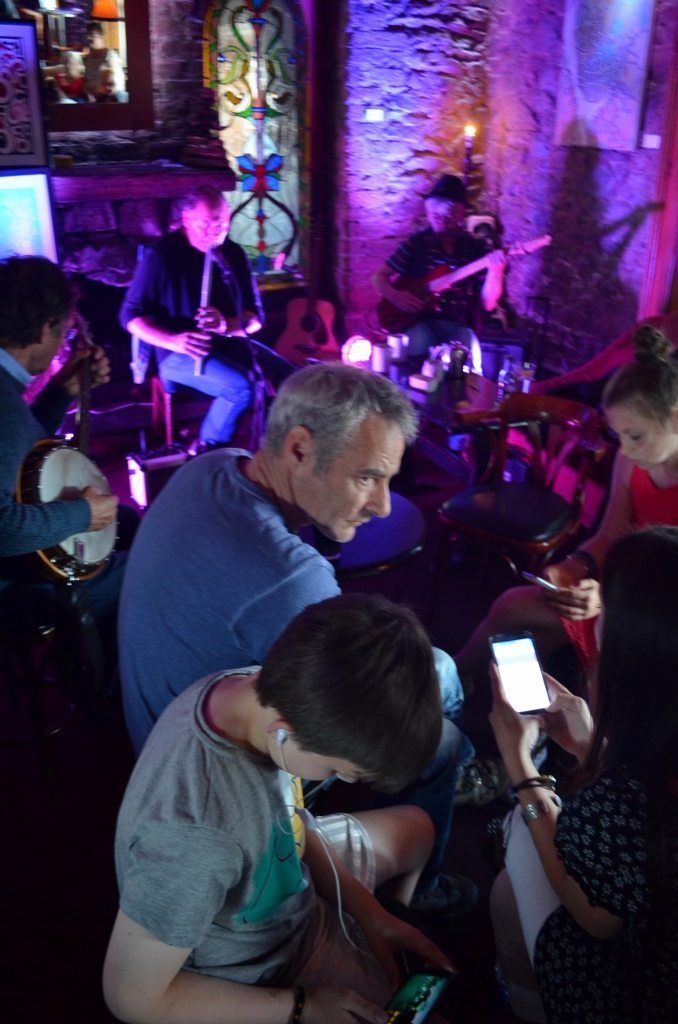 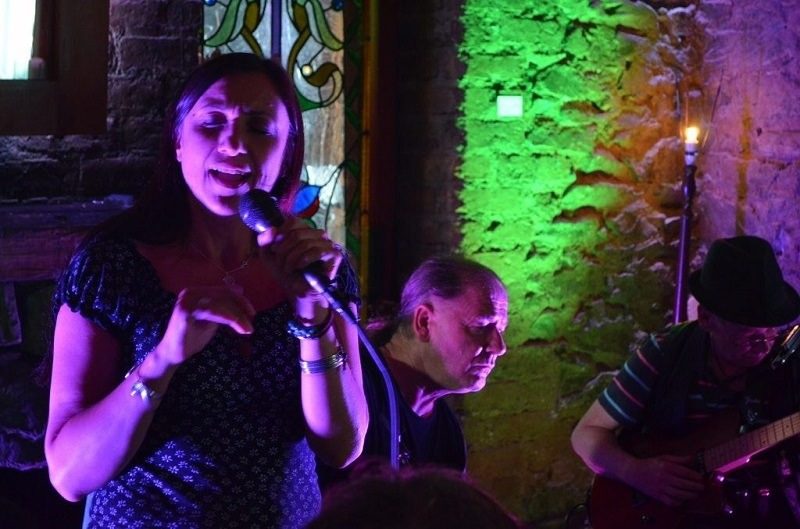 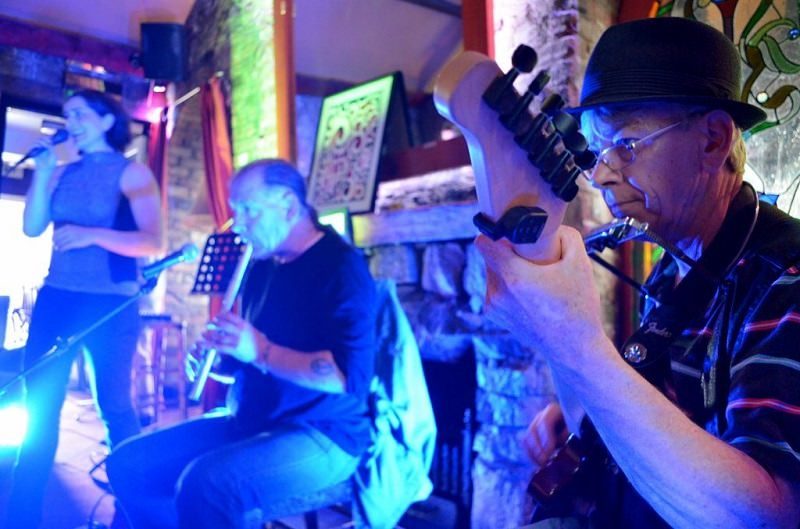 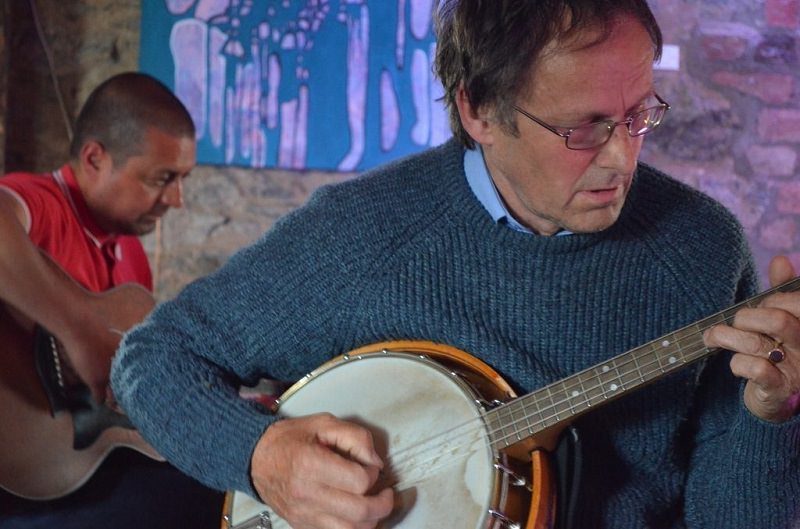 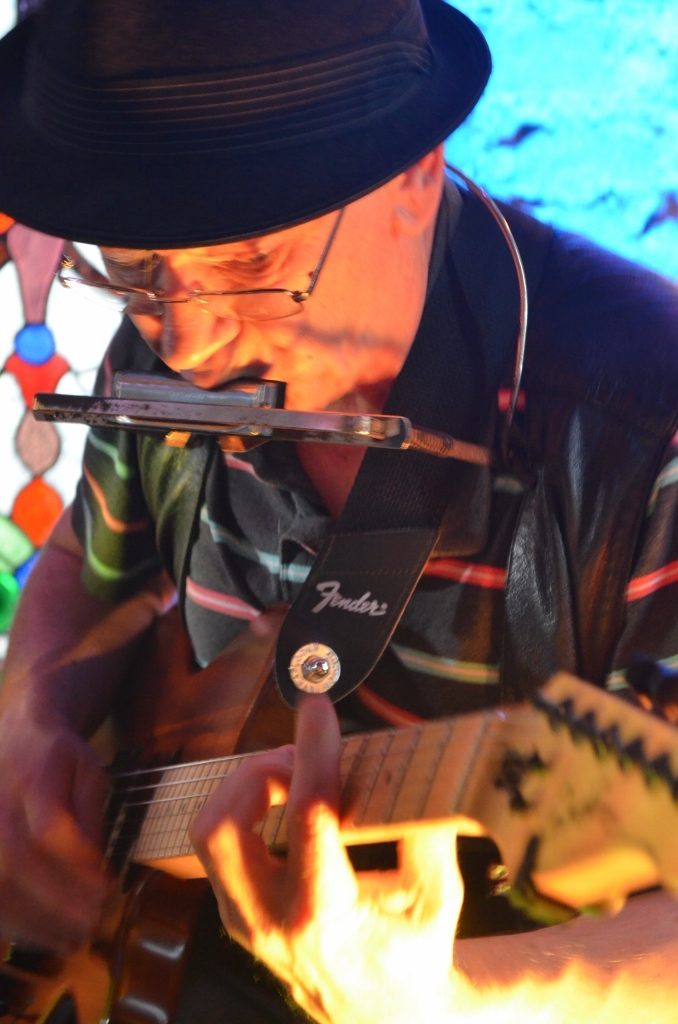 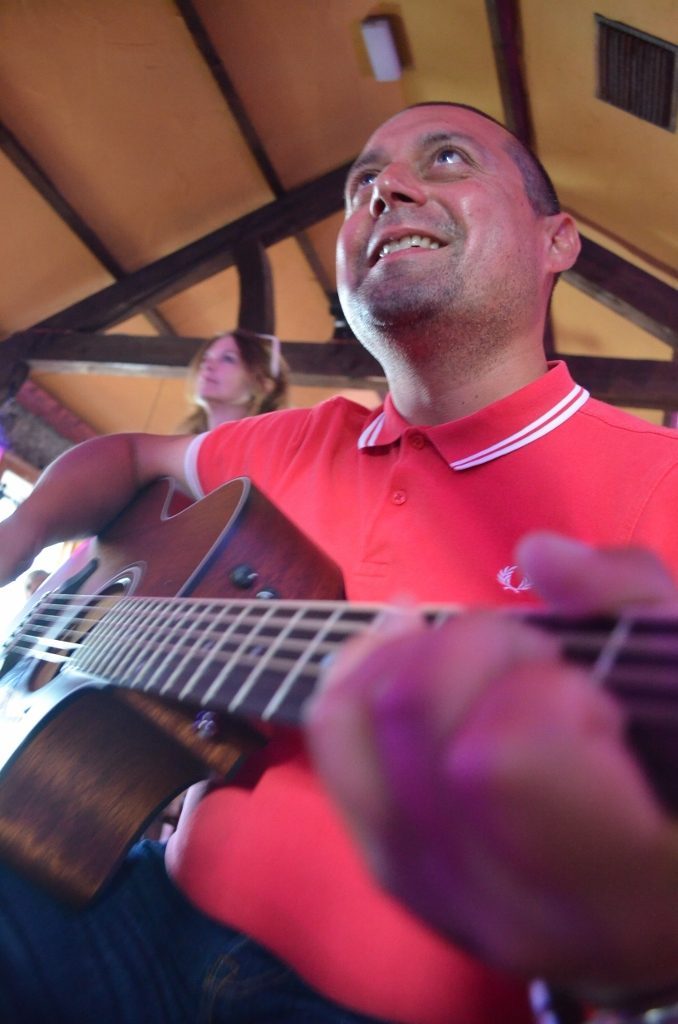 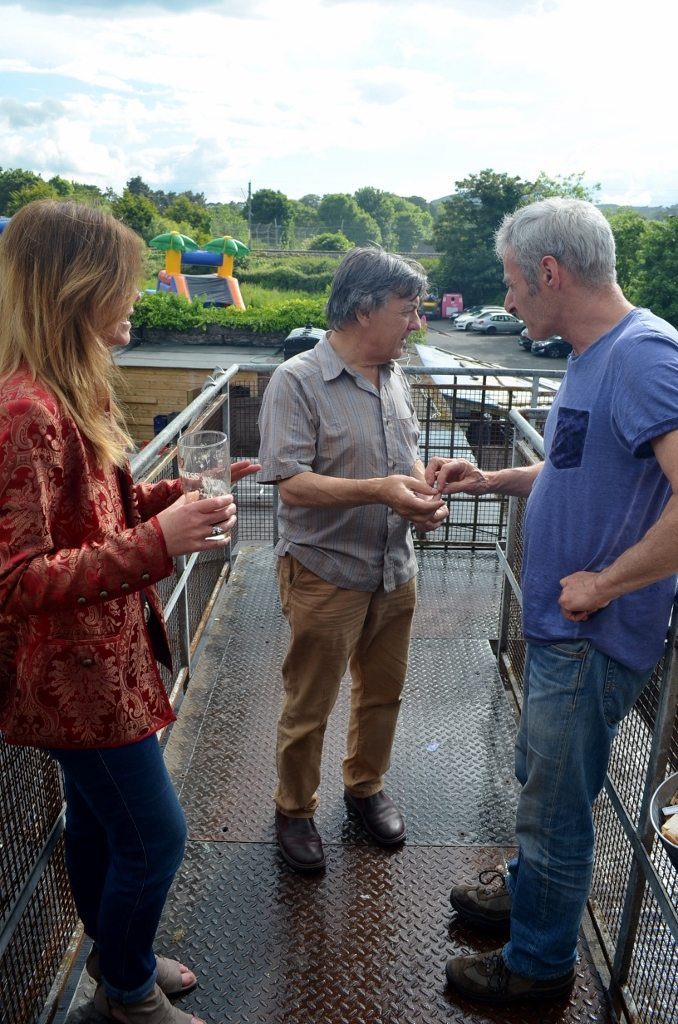 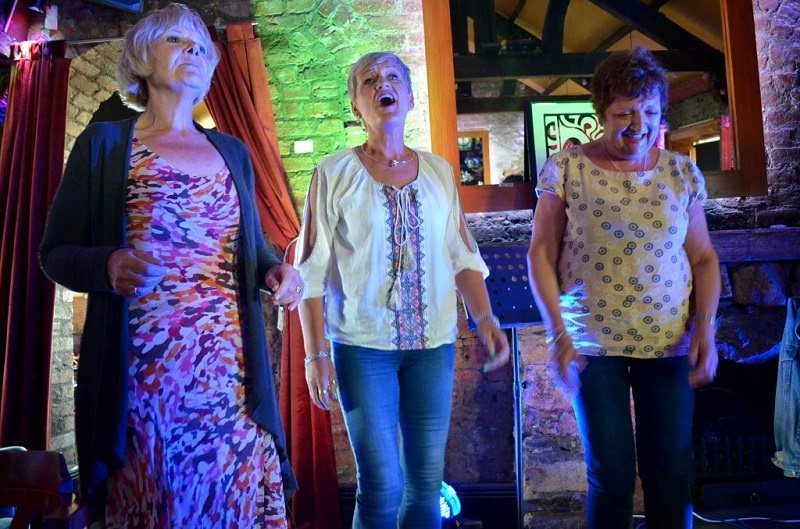 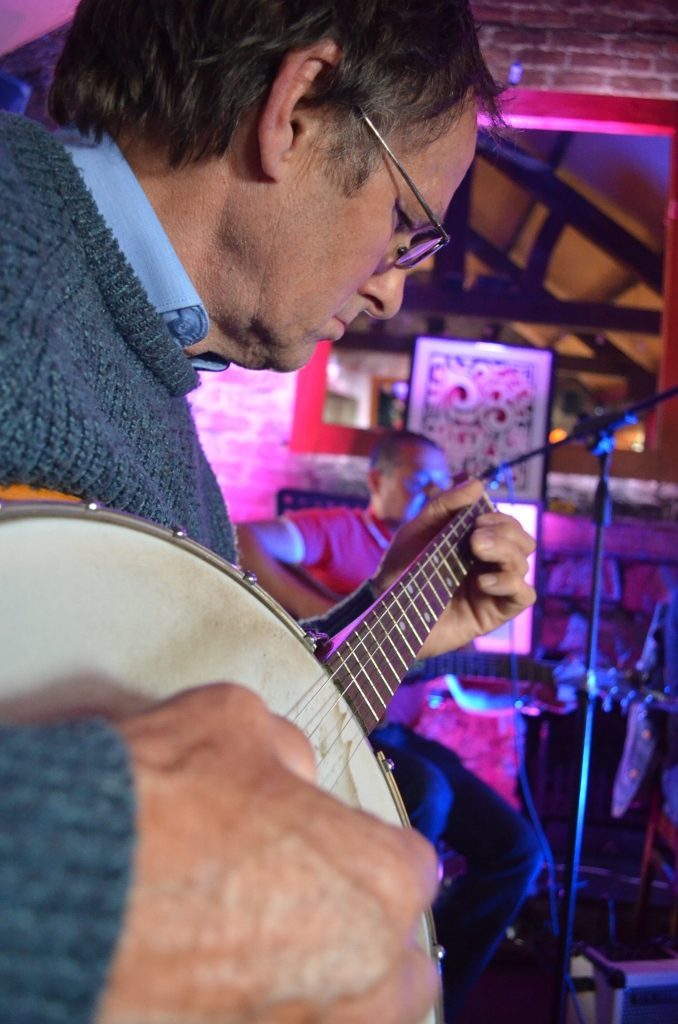 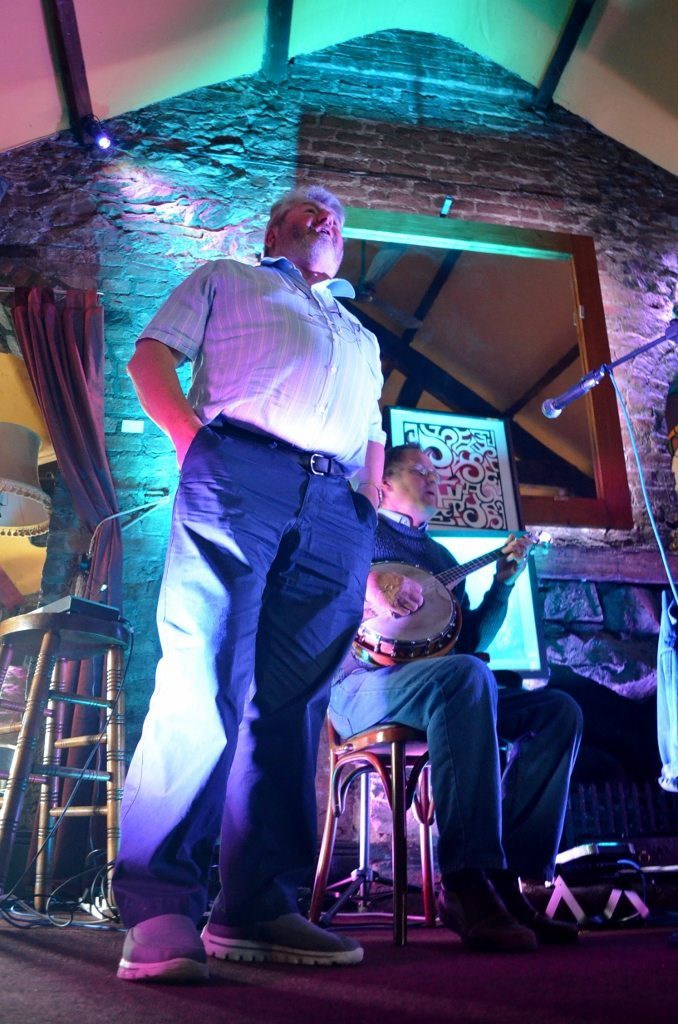 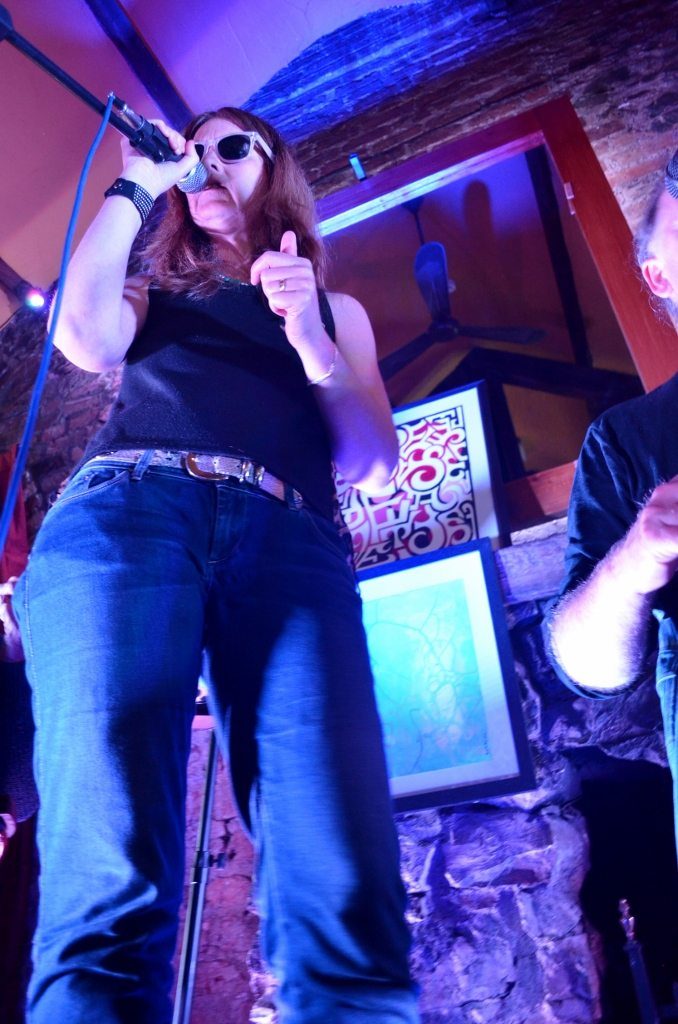 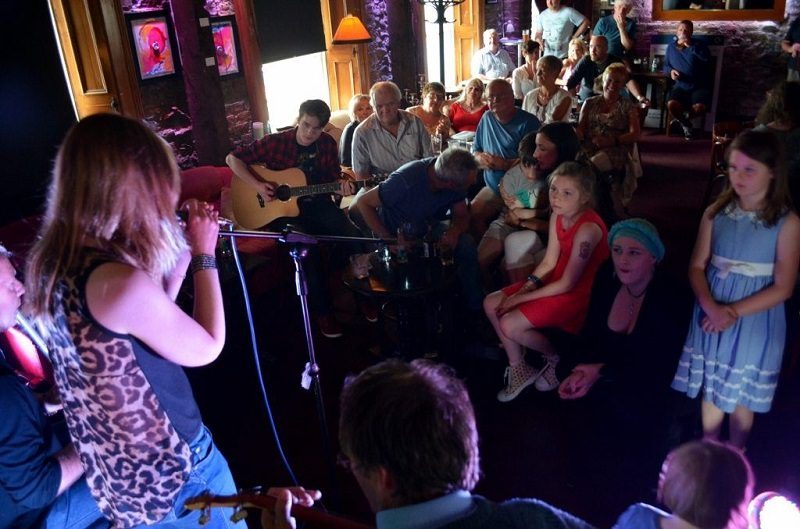 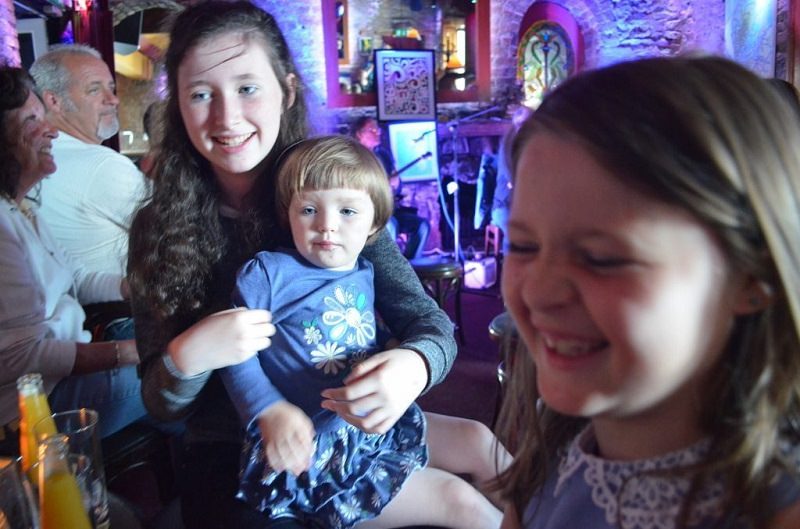 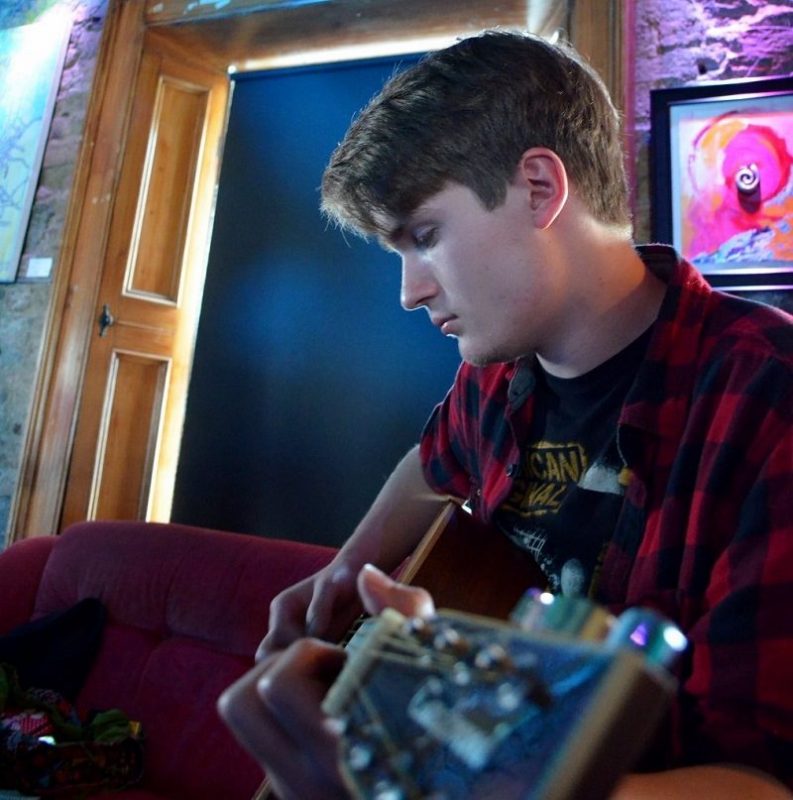 Now, go check out Jane’s A Kick Up The Arts here.

Mad About The Buoys