Illegal Greystones Dump Gets Cleaned Up. And Out.

It was a shocking discovery – tons upon tons of household and possibly industrial waste hidden away in a quiet corner in Greystones. 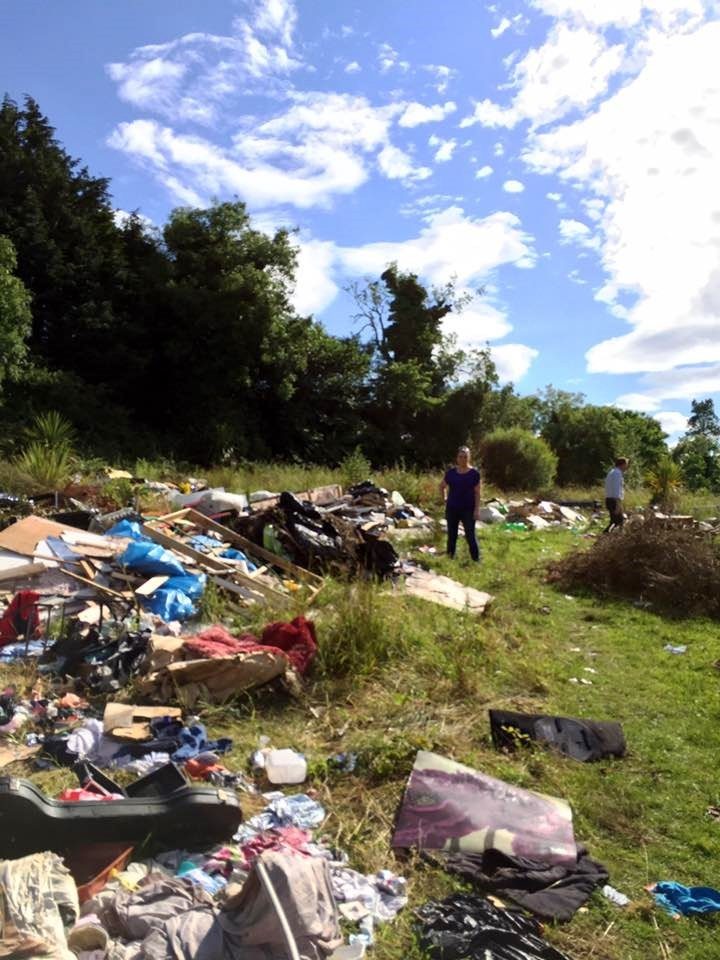 Joining the Bray TD in the highlighting of this shocking dumping incident is local Sinn Fein councillor Nicola Lawless. Said Brady, “Thankfully now the area involved has been cleaned up and the refuse removed. The land adjacent to Charlesland is in private ownership so the owner had to hire private contractors to clean up the mess. Approximately six truckloads had to remove around a hundred tonnes of waste from the site. I am thankful that the owner of the land and the contractor acted quickly, however between the time the refuse was dumped and it was cleared away, the local fire services were dispatched to the area on nine separate occasions to deal with fires set amongst the refuse and debris. This highlights just how dangerous the situation was to local residents and the local environment.”

For Lawless, work still needs to be done.

“Whilst it is certainly a relief to have the area cleaned up,” she stated, “the issue is not fully resolved.  During the clean-up operation a large quantity of evidence was collected amongst the waste. This evidence will now be used by An Garda Síochána and the local council to ascertain who was responsible for the dumping and from where the rubbish originated. It is my hope that those who are genuinely culpable will be prosecuted to the full extent of the law.

“We simply cannot allow a situation to occur where we are seen to go easy on those who would deliberately and maliciously do damage onto our communities with this sort of reckless behaviour. I would appeal to the people of Greystones, and indeed the wider Wicklow public, to be ever vigilante, and report incidents of dumping no matter how big or small to the local authorities.”

Brady concluded by reiterating his campaign to convince Fine Gael and Fianna Fail to expedite the issue of refuse charges. “We in Sinn Fein have been fighting with the government constantly regarding their failure to adequately address the question mark that hangs over the whole area of refuse collection and bin charges. The incident in Greystones could be a dire warning of what might follow if those two parties continue to drag their heels on the issue.

“We need certainty regarding waste charges now, not in nine months’ time. We need legislative tightening and prosecution certainty to deal with those who would actively and willingly damage our environment and endanger our local communities.”