Home A HEY!News In Like The Flynn Twins!
NewsThe Happy Pear 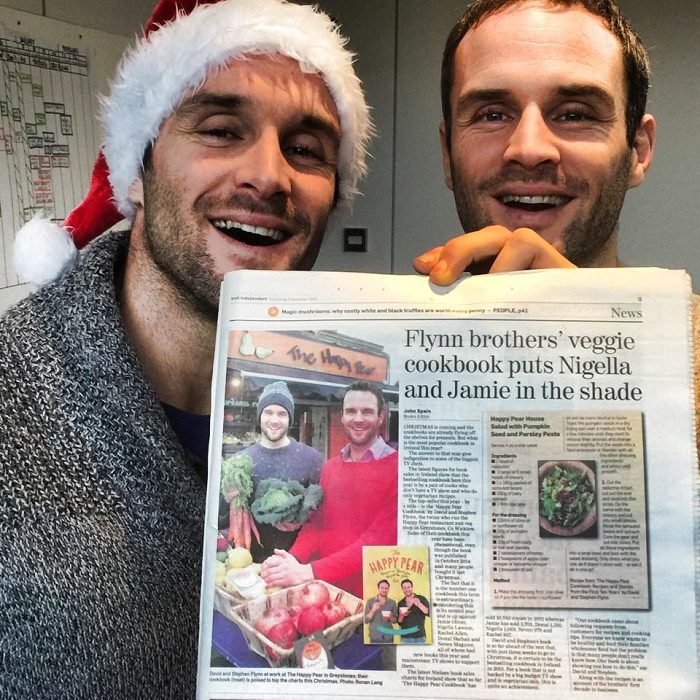 Not content with taking 2014 by storm after releasing a cookbook in October, and still managing to become Ireland’s biggest seller of that year, it’s just been announced that The Happy Pear’s debut has now also won that title for 2015.

Bejiggers, I think the Flynn twins might be doing something right. 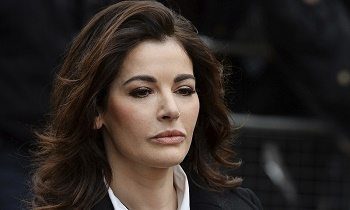 The latest Nielsen book sales for Ireland show that The Happy Pear Cookbook has sold 10,542 in 2015, putting the likes of Jamie Oliver (5,701), that little scamp Donal Skehan (1,310) and the succulent Nigella Lawson (1,069) firmly in the shade. And with Christmas just around the corner, those Happy Pear book sales look set to rise ever higher. 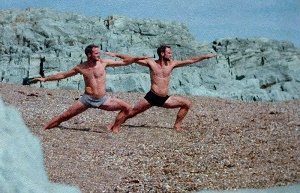 What makes the success all the more astounding is that, despite the fact that our boys do appear on the old tellybox show (having made inroads abroad this year on ITV’s This Morning and Jamie Oliver’s online channel), the Happy Pear boys have achieved these incredible sales without a TV show of their own. Something their chastened competitors do.

The fact too that the Flynn twins clearly practice what they preach, and eat what they cook, may have something to do with their phenomenal success too. That, and their mildly sunny personalities. And the fact that they look like Hippendales.

With Penguin setting their sights on conquering the UK market next year too, the world would seem to be David and Stephen’s Ouefs en Cocotte Pascal right now.

And to think that we thought them everything they know…

Whether You’re Having A Pint Or A Cuppa Today…

How Green Is My Hillside…?