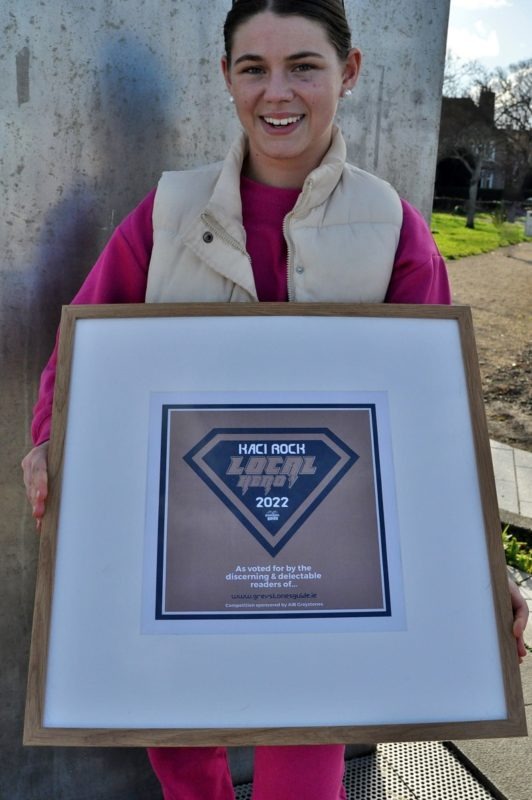 lthough there some other serious contenders this year, it was obvious

early on who was going to win this year’s Local Hero vote.

Having cleverly formed a habit of winning each time she steps in the ring, Kaci Rock’s many fans delivered the knockout blow in the last few days of February’s vote.

About to head off to Croatia for the European Championships, it was 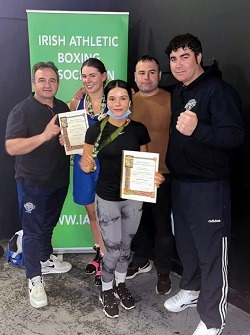 one proud and and plainly pleased pugllist down at Burnaby Park this afternoon. 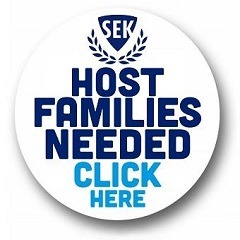 So, to make the team, and then come home to Greystones for this, well, I couldn’t be happier…”

Congrats to everyone whose name landed in the hat.

Landing in that Poreč ring next week is going to be a giant leap forward for the young Greystonian, and being completely self-funded, we’re putting the call out here for anyone who might be 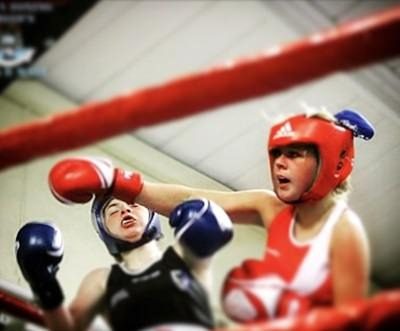 able to help sponsor Kaci’s upcoming two-week trip to Croatia for the championships. If you think you can help – in any way – let Kaci know on kacirock4@icloud.com.

Talking of sponsors, big love to AIB Greystones and the mighty Niamh O’Leary for once again coming on board for Local Hero. Boom-banga-BANK!

In the meantime, with that fine March sun shining, we had a few celebratory words with Greystones’ once and future champ…

You can jump back through our Kaci Rock archives here.

North Wicklow Together Strike Back