Edgar Swann is our Greystones Person Of The Year 2018 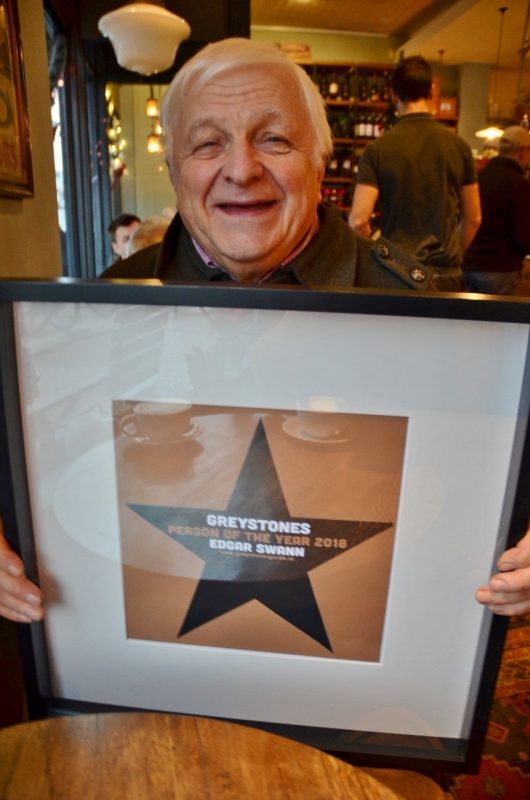 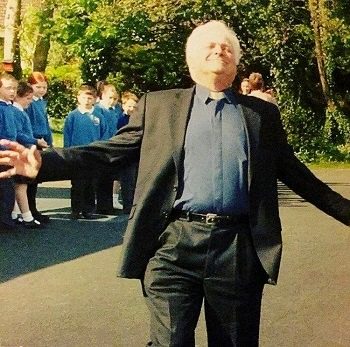 Person Of The Year around the end of February or March, after a hard-fought battle of votes and words between the front runners’ fervent fans.

This year though, we thought we’d break with tradition – in 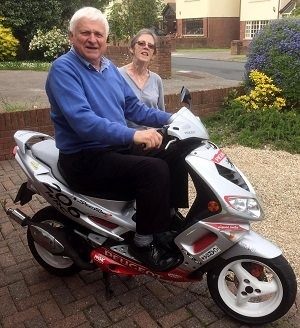 more ways than one.

Rather than go through the long and winding dance of announcing this year’s award, and counting up all those votes and declarations of love and admiration, we’re just going to give it to someone who should have won it last year. And the year before. And the year before that… 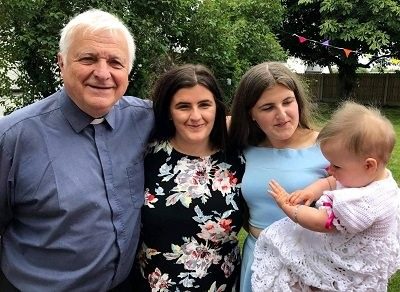 Year 2018 than Edgar Swann? This former archdeacon ruled St Patrick’s Church with a broad smile, a warm hug and a loving heart.

Breaking down the barriers between the town’s religions, Edgar 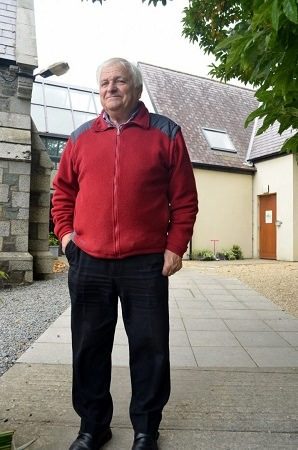 could be found preaching up on St Patrick’s altar one day and sitting with his grandchildren for Sunday mass at the Holy Rosary the next. Here was a man who believed in bringing everyone together, no matter what your religion, your history, or how dreadful your taste in music might be. 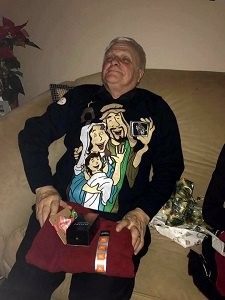 one who spent at least 10 hours a day making people chuckle, and who wasn’t afraid to wear a ridiculous jumper at Christmas.

We could go on, but, the outpouring last week after news broke that the Church Of Ireland were suspending Edgar for six months – after he dared speak out about the current St Patrick’s National School’s admissions scandal – said it all. It was an outpouring worthy of It’s A Wonderful Life‘s tearful, joyful, life-affirming closer, and it seemingly meant a lot to both Edgar and his wife, Gladys.

So, here’s to you, young Swanner, a true shining light in this town. You have both God and Greystones on your side, now, and forever.

Congratulations to you, Edgar! Merry Christmas and hope to see you soon 🙂
Thank you to GG for reporting the worthy news from Greystones……happy holidays from Milwaukee.

I want to thank you for the wonderful honour of receiving this award.

I have loved every moment of my time in Greystones and anything I did to serve the community was richly rewarded in return.
Thank you to the hundreds of people who have made such lovely comments about myself and Gladys and have supported us through the present problem. To all of you I say truth and justice will always win in the end.

To you Paul well done for shining a torch into dark corners, for fighting for truth, and for asking the questions that need to be asked.
Sites like yours are very much needed.

There are those who will be angered by you because they know you have a case but they don’t want it exposed.
As Christ discovered, and I have been reminded recently, speaking out and being prophetic comes with a price.

Keep up the good work and a very happy Christmas to you and to all your readers.