Wicklow County Council have issued a derelict site notice on 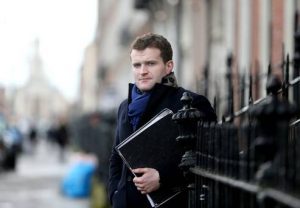 developer Greg Kavanagh’s company, New Generation Homes, for failing to progress its plans for the redevelopment of the Greystones landmark, The La Touche Hotel.

Should the issues raised by WCC not be addressed by Kavanagh’s company, they could be levied with a fine amounting to 3% of the site’s overall value.

Having acquired the site in 2014, New Generation Homes acquired planning permission earlier this year to build 26 houses, including five within the shell of the old hotel, the total lack of work on the site has sparked the Wicklow County Council ruling. In response, a spokesman for New Generation Homes told the Sunday Independent, “The building is in poor repair, we are trying to ensure that it is made safe, and we are doing preparatory work for that. 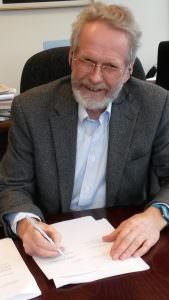 “We are engaging with the council and local representatives on this. We expect to commence construction on the site in the very near future.”

Such promises are unlikely to reassure local Fine Gael councilors Derek Mitchell and Grainne McLoughlin, who have been particularly vocal on New Generation Homes’ lack of progress on The La Touche Site. A recent meeting with the developers left Mitchell “sceptical”, he said, in relation to their contention that it was not feasible to reinstate The La Touche Hotel, and that it needed to be reconstructed instead. The local councillor did conclude that he wouldn’t object to a “good reconstruction”.

Having survived more than one attempt at arson, and having been left to decay beyond repair, The La Touche Hotel is a sad sight in the town, and stands – barely – as a monument to greed and stupidity. Whether Wicklow native Greg Kavanagh and his New Generation Homes will be willing and able to return the Greystones landmark anywhere even near its former glory remains to be seen…

Through The La Touche Glass