N11 Nightmare On The Way?

N11 Nightmare On The Way? 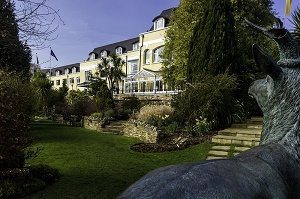 Kilmacanogue due to start before Christmas, the N11 is about to a major upgrade between Transport Infrastructure Ireland’s regional design office are hosting the second phase of a public consultation over the upgrade this Tuesday at The Glenview Hotel, and it’s clear their 22-kilometre scheme may just cause a little commuter havoc.

For the next few years.

Not that there’s any question about the N11 needing an extra lane. In 1999, when the Glen o’ the Downs was widened to a dual carriageway, there were 25,600 vehicles a day passing through. Last year, that number had grown to 53,000.

As well as the proposed third lane, there are also plans for the closure of smaller access roads from north of Bray to Coyne’s Cross, and the redesign of a number of junctions, including Kilmacanogue, Glenview and Delgany The smaller access roads being proposed for closure include turns between the N11 and the Enniskerry Road, the Herbert Road access to Bray, the N11 to Willow Grove and Drummin, and from the N11 northbound to Delgany at Barry’s Bridge.

Wicklow County Council have also asked the design consultants to consider how an express bus lane might be added, which would most likely mean another lane through Glen o’ the Downs – a special area of conservation that was the scene of a three-year protest from 1997 to 200 by eco-warriors over the second lane being added.

Letters have been sent to households along the 22 kilometre route, stating that several options are being considered, and the final decision on preferred options will not be determined until early 2020.

You can check out the proposals on Tuesday, November 12th, at The Glenview Hotel, from 12pm to 8pm. You can also find out more about the Junction 4 To Junction 14 Improvement Scheme right here.