Pedal Off The Metal

Greystones' Max 80 want you to slow down 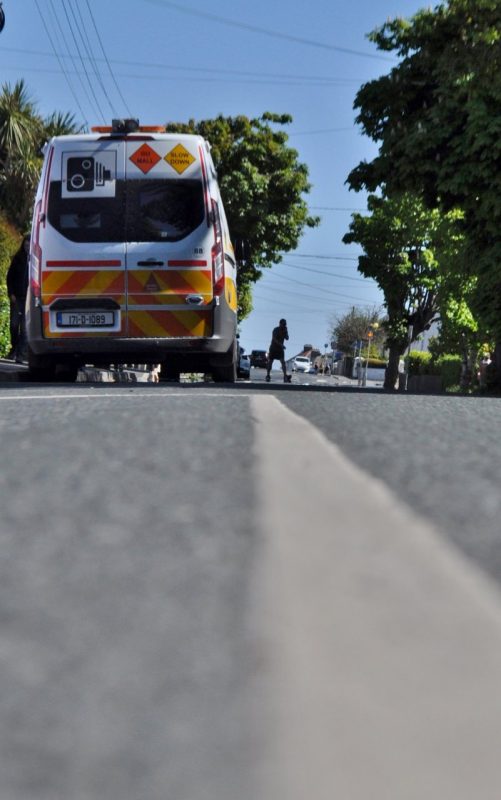 e first learnt of the campaign to reduce the speed limit on Irish roads to 80km per hour in an Irish Times article this week.

Under the banner of 80 Max, the group’s argument is 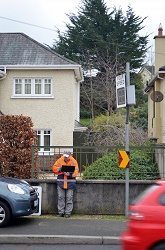 that the planet would be a whole lot greener if we were all drove just a little bit slower.

Although, for many, changing from 120km per hour to 80km per hour is going to feel something akin to switching from a strobe light to a lava lamp.

Much to no surprise whatsoever, turns out the gang behind 80 Max

are Climate Solutions, from Greystones, and so we invited their spokesperson, Jane Jackson, to do a little interview on the Guide.

Two obstacles. Jane was looking after her grandchildren today. Secondly, she’s camera shy. “I’m trying to keep personality out of this,” she told us. “Less stressful, I find, and hopefully more effective.”

So, as a solution, we offered Jane the opportunity to write her own piece about why she thinks we all just need to slow down if we really want to save this planet of ours…

We are faced with the option to limit global warming to 1.5°C and thus help protect our grandchildren from a world of rapidly rising sea levels, desertification, and famine or to carry on as we are doing and let them sort it out for themselves as best they can.

We have two choices, act now or carry on as we are going and to hell with the consequences. It is two years ago that the IPCC released their special report on the urgent need to cut our greenhouse gas emissions. Two years later not a lot has changed except we now only

have ten years to make a seismic transition away from fossil fuel.

As a grandparent and climate scientist I am secure in the knowledge that I will be out of the picture before the worst happens in Ireland. However with six grandchildren it is my wish to hand on a world that they can live in. I really don’t want to be 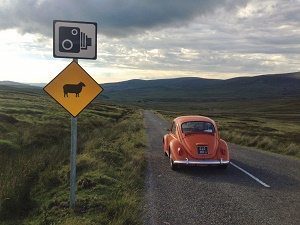 Ireland is way off the scale in her emissions which are almost three times the global average at 13.3 tonnes per capita. 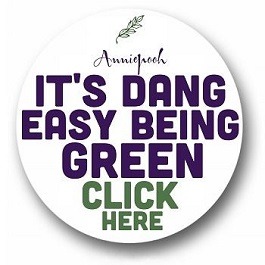 In a just world we would need to get ours down to 2.4 per capita. But we will accept that it is neither a fair or just world that we live in. We instead need to cut our annual emissions by 20 million tonnes by 2030. That is around a third.

Consider 2.1 million (the number of registered drivers in Ireland) of our biggest emitters becoming part of the solution. At present, they produce on average 3 tonnes more CO2 than non-drivers. Globally, as individuals, it is drivers who produce far more CO2 than all others.

We are not asking drivers to stop driving, which would, of course, be best, but to slow down.

We want people to slow down to the optimum top speed for fuel consumption. That is 80km/hr. In a climate emergency brought on by burning fossil fuels there really is no 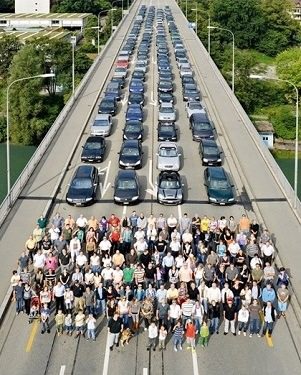 justification to be using more than the optimum for fuel consumption. For some it will be more challenging than others but in time it will even out. An interesting fact is what is known as “Marchetti’s constant” Which basically says that no matter how fast we drive we never get to save time. We only get to travel farther. With all the extra speed we have we still spend the same amount of time travelling as we did 70 years ago. 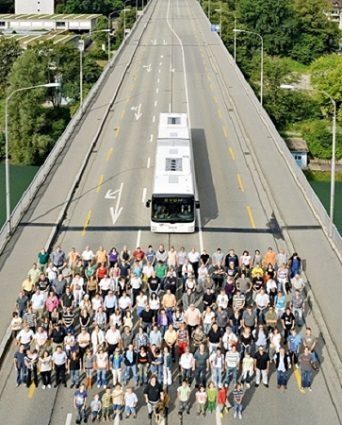 The co-benefits of this move are worth thinking about.

We get to save money, rather than pay it to the tax man.

We reduce road deaths. According to the RSA, reducing speed by just 5% could save almost 50 lives and prevent up to 100 serious injuries on Irish roads every year. Think what 33% would achieve.
We get cleaner air with much-reduced NOxs, which cause inflammation of the lungs.
We reduce our GHG emissions and save the country from European fines for not reaching our legally binding targets. 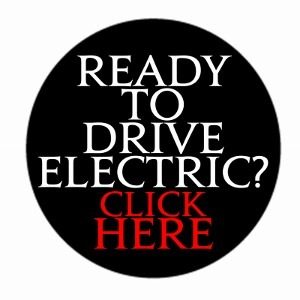 We reduce wear and tear on our cars.

Another important point we would like to make is ‘check your tyres’. You can lose up to 6% of fuel through soft tyres, not to mention damage to tyres.
Every garage should really offer tyre checks with each fill if oil companies are serious about cutting emissions as they say. 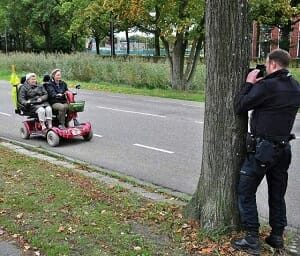 On the subject of electric cars, they do produce less CO2 and the average one available in Ireland for a grant annually produces 1.3 tonnes CO2. This is substantially less than a combustion engine but they too are subject to fuel consumption rise above 80km/hr. Electric car drivers buy electric because they are aware of the environmental consequences of CO2 so they will perhaps be glad that they can cut even more by slowing down.

If you want to become part of the solution sign up with 80 Max and get on the map. We have a growing number; 1,241, from all around the country, who have made the pledge to keep to 80km/hr in order to cut their greenhouse gas emissions.

You can find out more about 80 Max on their website here, and get in touch directly on 80maxireland@gmail.com.