There were a few of the former and quite a lot of the latter at The Burnaby pub this morning, as Bobby Kerry brought his Newstalk radio show Down To Business to the town.

Looking primarily at the commercial side of Greystones, and how our main street has generally managed to maintain a smile with hardly a missing tooth to be found, the panelists and guests also dealt with the popularity of the town in general. From those lucky enough to live here to those who like to spend their days just hanging out here, there were plenty of reasons to be cheerful about the town’s rude health.

Not that all the panelists and guests knew what they were talking about. Some poor idiot of a producer thought it would be a good idea to have your soaraway Guide ramble on about the greatness of Greystones too. The fool. 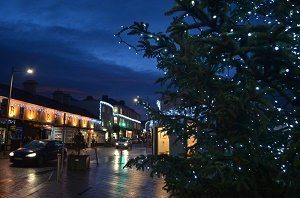 The one point we were keen to get across during out moment in the sun was the fact that, despite the Dalkey smell the town might have, Greystones is no posh theme village. This a walking, talking, spitting, laughing, kicking and screaming town, with a healthy mix of people. Just as one gang are chomping down a meal costing north of €200 down in The Hungry Monk, on the same night, there’s another gang up in the woods, drinking a crate of beer that cost them south of €20.

And long may that mix last.

If you missed the show, and the local heroes who took part (including Ciara Kelly, Stephen Donnelly, Alison from La Crépérie, Jackie from Butler’s Pantry, Emma from Kilkenny, the Happy Pear twins and Elaine from Up To My Eyes), you can play catch-up on the Newstalk website here.

From Kuşadasi With Love

No Oral Hearing For Ballinclare Landfill

Are You Gonna Go My Way?