Seán Of The Tread

Whilst most 13-year-olds are having to turn to video games to get their racing car kicks,

Having first expressed an interest in karting at just 8 years of age, Seán took to the track like a duck to sliced pan. 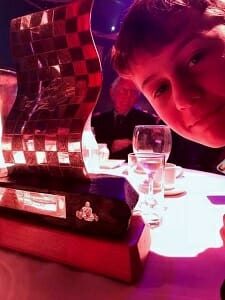 Not only did the teenager bag the 2017 title of Motorsport Ireland National Junior Karting Champion in the summer, but just last week, at a special ceremony in Dublin’s Mansion House, Seán picked up the Neil Shanahan Memorial Cup. 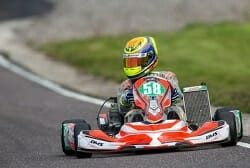 Clearly, this is a driver going places. Fast.

If you’d like to help this local champion get to that finishing line, there are sponsorship spots available on that winning kart, that winning transport truck, and that winner’s jacket and racing gear. Just email Seán’s dad on conor@motorvation.ie, to find out more.

In the meantime, we caught up with the boy wonder himself, to find out more about, yep, life in the fast lane…

The Only Way Is Up