With the Eddie Sheehy trial and Garda corruption dominating the headlines, it’s easy to forget Greystones’ own beloved Seanie FitzPatrick has been standing trial at the Dublin Circuit Criminal Court since last September. And the Burnaby buster’s court case has just this week crossed the historical threshold of 106 days – making it the longest criminal trial in the state’s history.

Hurrah! Greystones gets another trophy for the mantlepiece.

The former Anglo Irish Bank chairman is facing the charge that multi-million euro loans were taken out by the 68-year-old and his family were ‘artifically reduced‘ for a period of two weeks around the bank’s financial end-of-year statement by short-term loans from other sources, including Irish Nationwide Building Society. 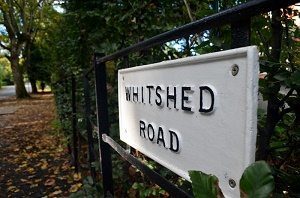 The prosecution alleges that the bank’s former chairman failed to disclose the extent of these loans to the bank’s auditors in the years 2002 to 2007. Mr. FitzPatrick has denied all charges.

As, of course, he should. The man is from Greystones. Where no one ever does no wrong, no way, never, no more.

Just how long more Sean FitzPatrick can play the wild rover remains to be seen. The wily Whitshed Road wascal has pleaded not guilty to 27 offences under the 1990 Companies Act. Which, you know, means the man has quite a battle on his hands.

In the meantime, the good people of Greystones thank him for yet another feather to stick in our cap, another scout badge for our lapel, another first crossed off our bucket list.

The Day O’Donoghue’s Rose From The Ashes

The Molehills Have Eyes