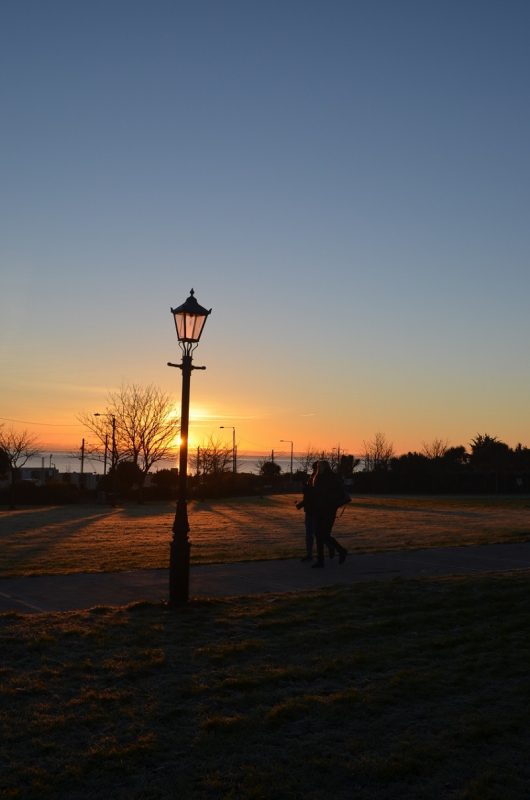 f we were smarter, we’d be doing this early 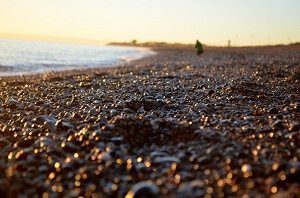 The one dumb thing about working at home is that, if you’re not careful, your work is never truly finished.

You reckon that, if you just keep on going deep into the night, you’ll finally catch up with all the charity events, special offers, local heroes and piping hot gossip.

And then you realise, sometime just after 1am, that you haven’t caught up, not by a long shot. So, you reckon setting the alarm for 7am and ploughing through those emails in the morning will, hey, bring the Guide bang up to date.

It never quite works out that way, of course. Mainly becaause, hey, Greystones never sleeps. Ever.

So, this morning, being out of milk for our crucial kick-start coffee, Max and I were forced to head out early. And, boy, were we glad that we did.

That slow-rising sun threw long shadows over Burnaby Park, the South Beach, and on, with people heading to work, others giving it the full Tai Chi on the beach, and the smart ones just happily sitting by the Men’s, letting the sun hit them straight in the kisser. 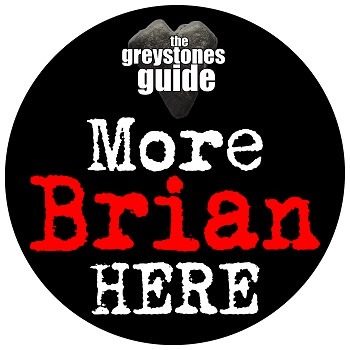 And if you looked back towards Ballygannon, and that rising sun, the glistening light on the stones would have you believe that Greystones was in the middle of a gold rush.

As we photographed a photographer photographing a father and daughter throwing stones in the water for Max, we got a shout from one of our all-time favourite snappers, Brian Keeley.

He’d been patiently waiting, as he always does, for the perfect sunrise moment, where the light just hits you straight in the feels.

The man had been there so long, his car battery had gone flat.

One quick push around the car park later, and Brian was off on his merry way again.

So, if you’re lucky enough to have the time, and the energy, early in the morning to go exploring, do yourself a favour, and head down to the South Beach. There’s gold in dem there dunes… 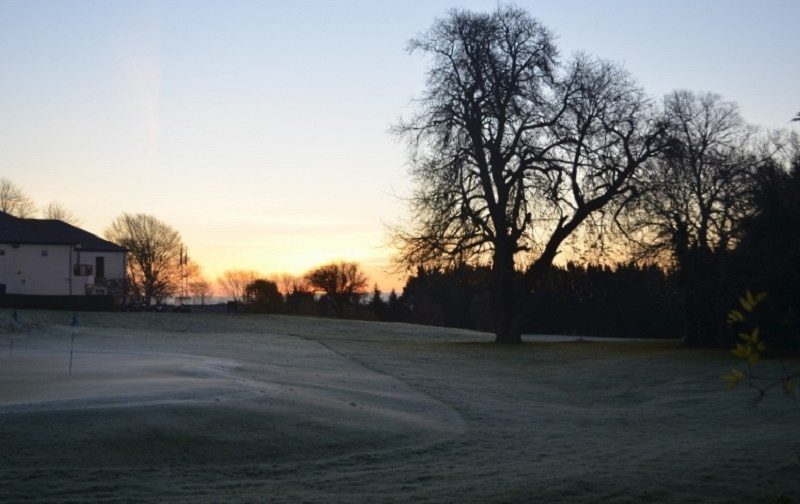 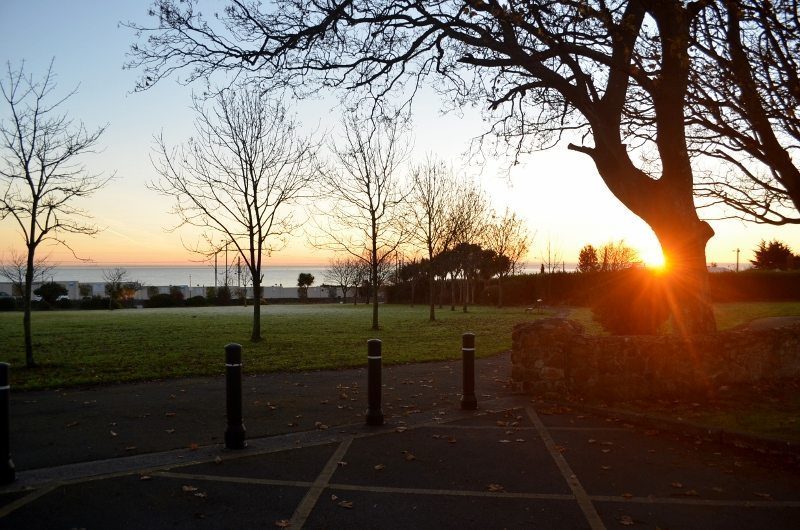 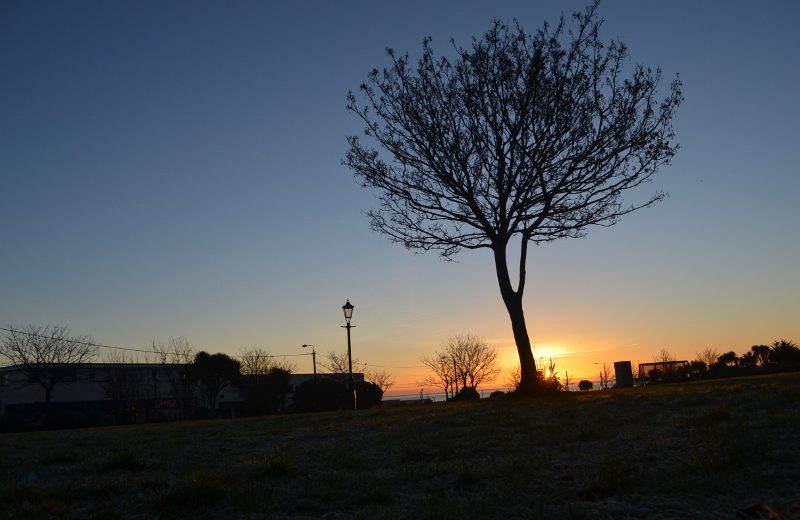 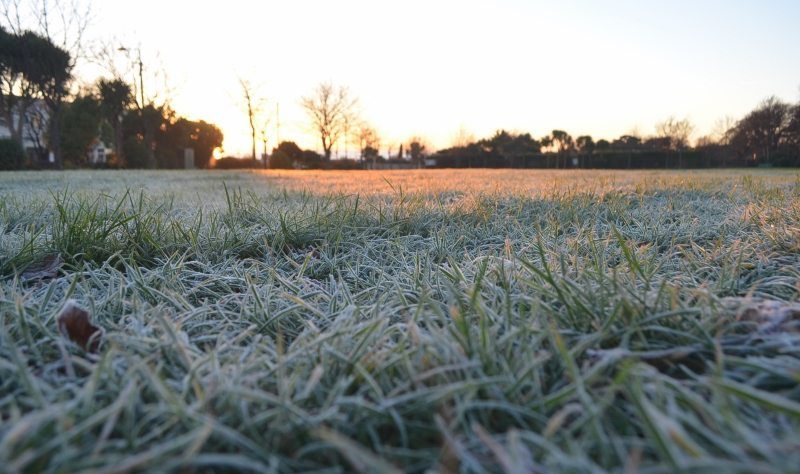 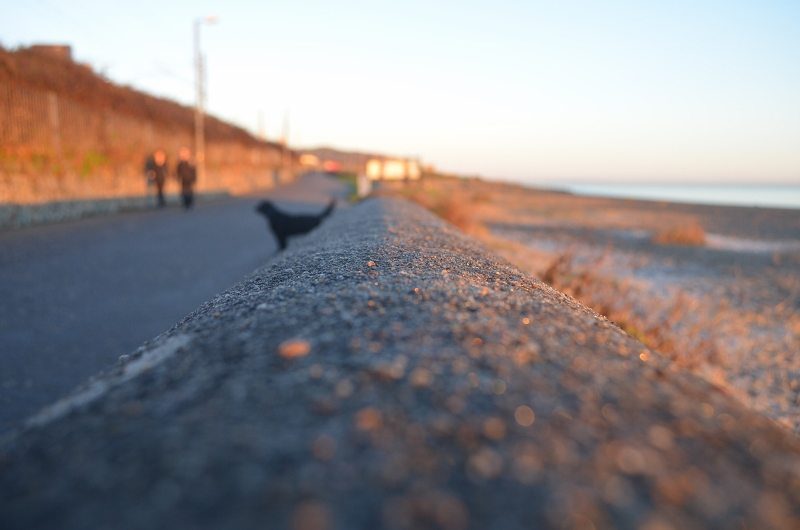 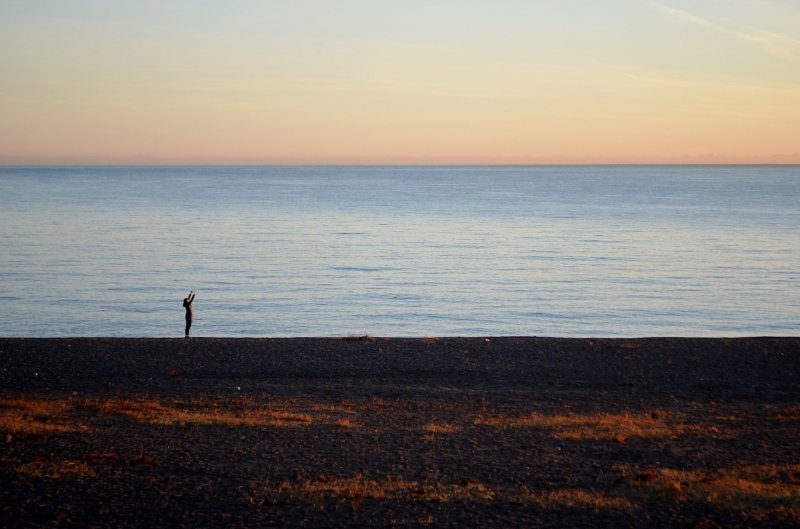 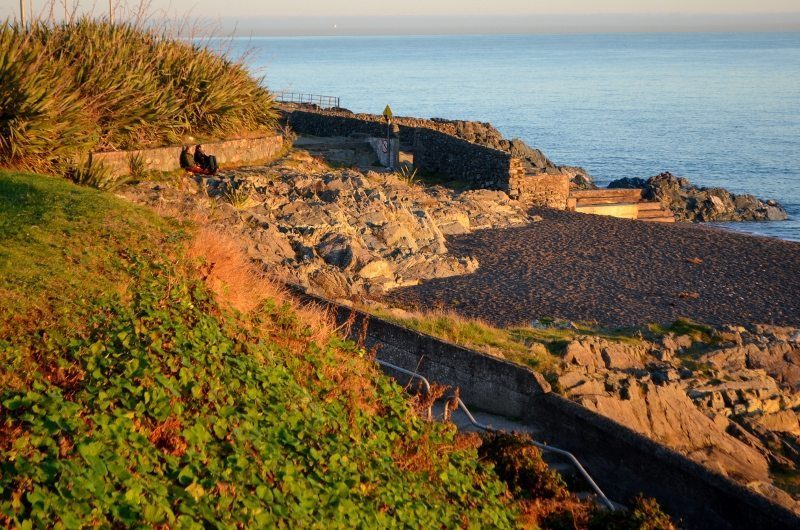 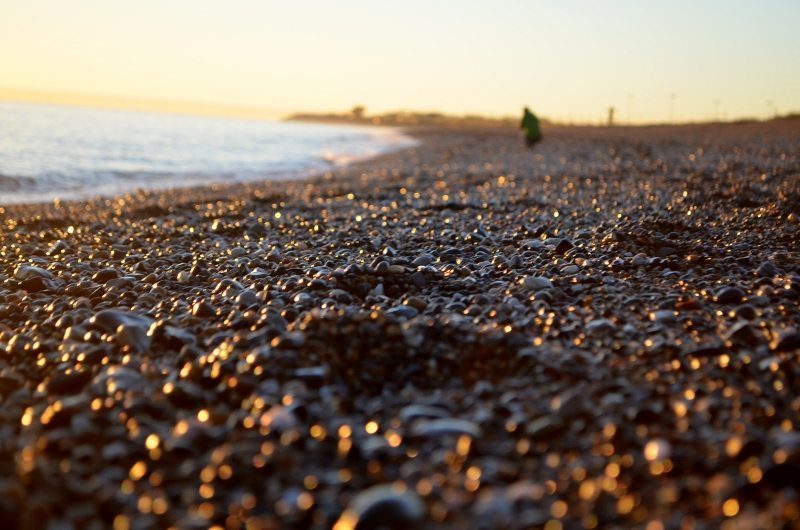 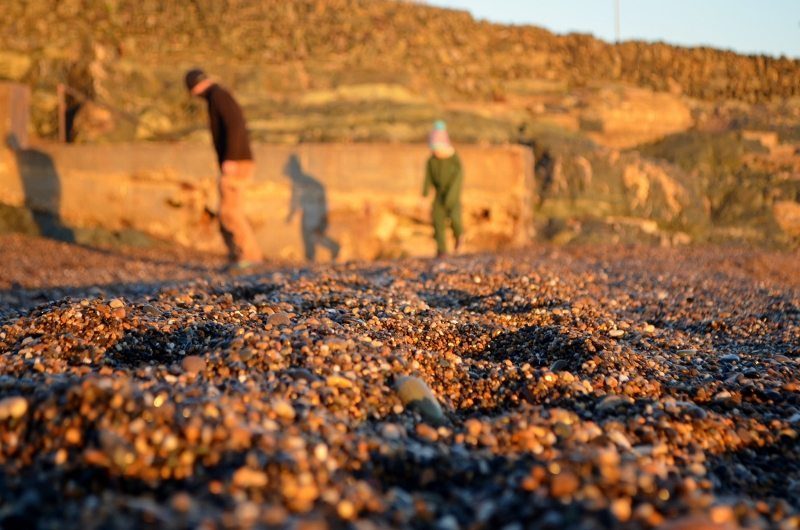 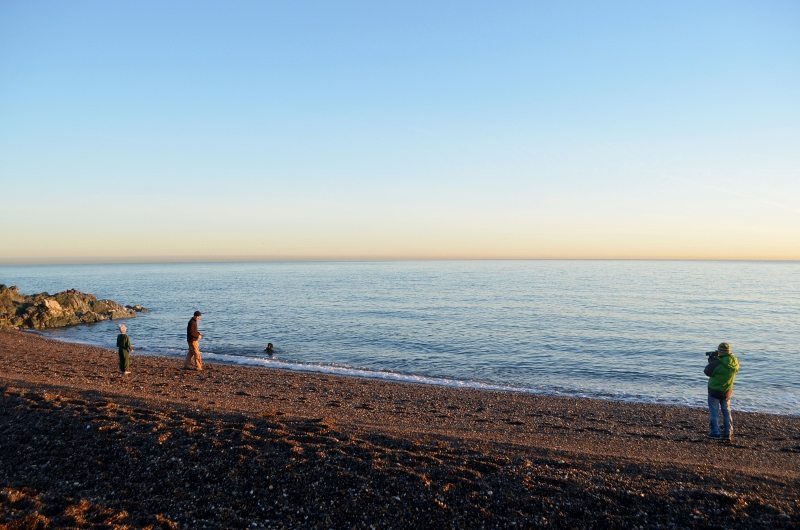 Requiem For The Big House On The Hill