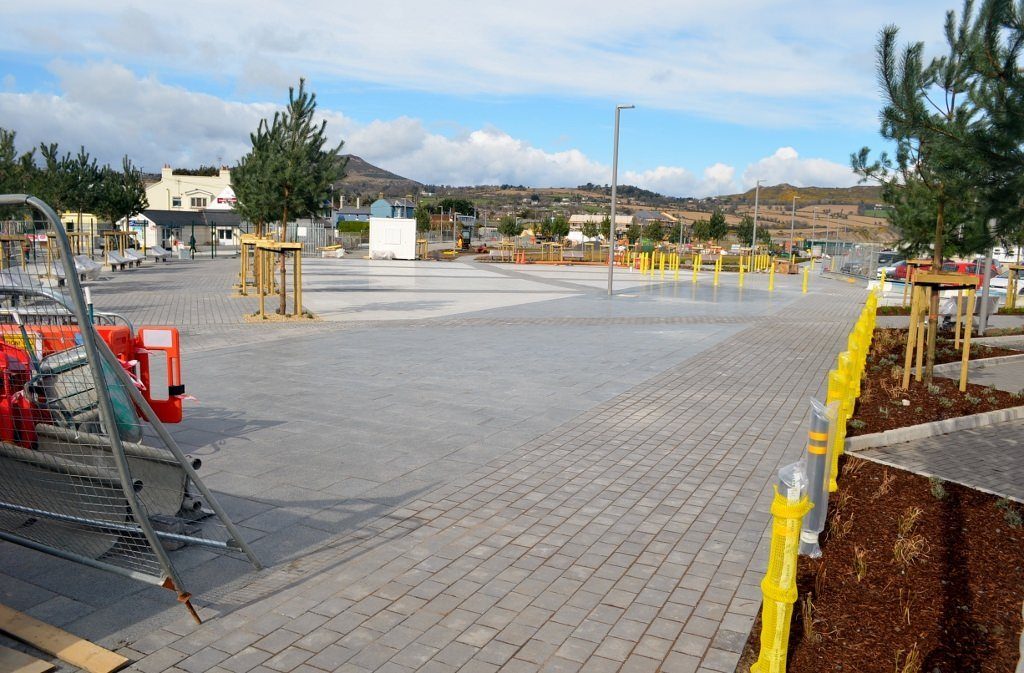 And there’s going to be a charge of €2 for every person who wants to access the walk from the new marina entrance.

Stating that they needed to start earning from their multi-million-euro investment in turning Greystones old harbour into a state-of-the-art marina, SISK announced today that they will be introducing the new turnstiles from April 8th.

With free public access now limited to the Windgates entrance, one mile from the original harbour walk, the new turnstiles will give people the choice of a busy traffic trek up through Blacklion or coughing up the new Cliff Walk toll.

Speaking on behalf of SISK, press agent Sheppi Fartlick said, “As we merrily but very, very slowly laid waste to the old harbour, we couldn’t help but notice the heavy traffic trudging around our wasteland and heading along the Cliff Walk. Naturally, the SISK organisation know a good thing when they see it, and plans were quickly put in motion to monetise what is clearly a grand day out for many, many people.

“Given that we have now partially opened a strip of a new public square after eight long years, we feel the good, appreciative people of Greystones will be more than happy to start paying us for all our good work.

“The money can be seen as a thank you for our blitzing that ugly old Victorian harbour – that, as far as we can gather, no one liked anyway – and replacing it with a breathtakingly beautiful new marina.”

Cliff Walk Committee Get Their Boots On

All Aboard For Greystones!