arly Saturday morning, it was more tread carefully than abandon cliff, as the heavy rain of the past few weeks had certainly taken its toll. 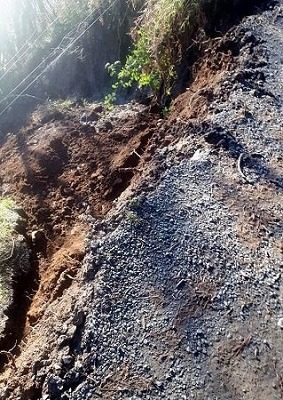 And given just how vulnerable constant rain can make soft ground, the small mudslide shown above on The Cliff Walk is probably not the only one.

So, for those venturing across at sunrise, it was a case of approach with caution. And, if you had it, a parachute.

In truth, it’s probably best not to approach The Cliff Walk at all right now, until the sun does its thing and brings back those solid foundations. 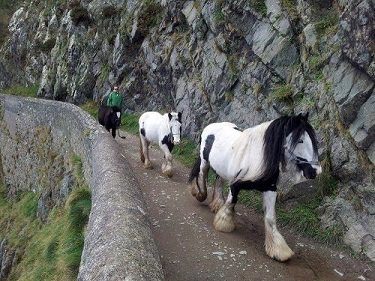 This is especially true for anyone with kids, who may not quite grasp the danger here. 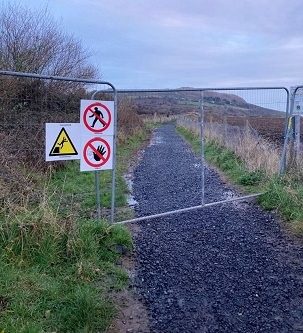 that anyone who does venture out along The Cliff Walk should ‘turn back at the point where the landslides have occurred‘ – but then cordoned off any vulnerable points soon after. So, all hiking systems go again.

And two days later, they decided to close it again, until they find a better solution to the mudslides.

Thanks to Ruthie S for the short video, and Ruth Handy for the mudslide pic.

Now, go explore our Cliff Walk archives here, and check out alternative treks nearby over here.

Martin Gets The Blue Hero Boogie