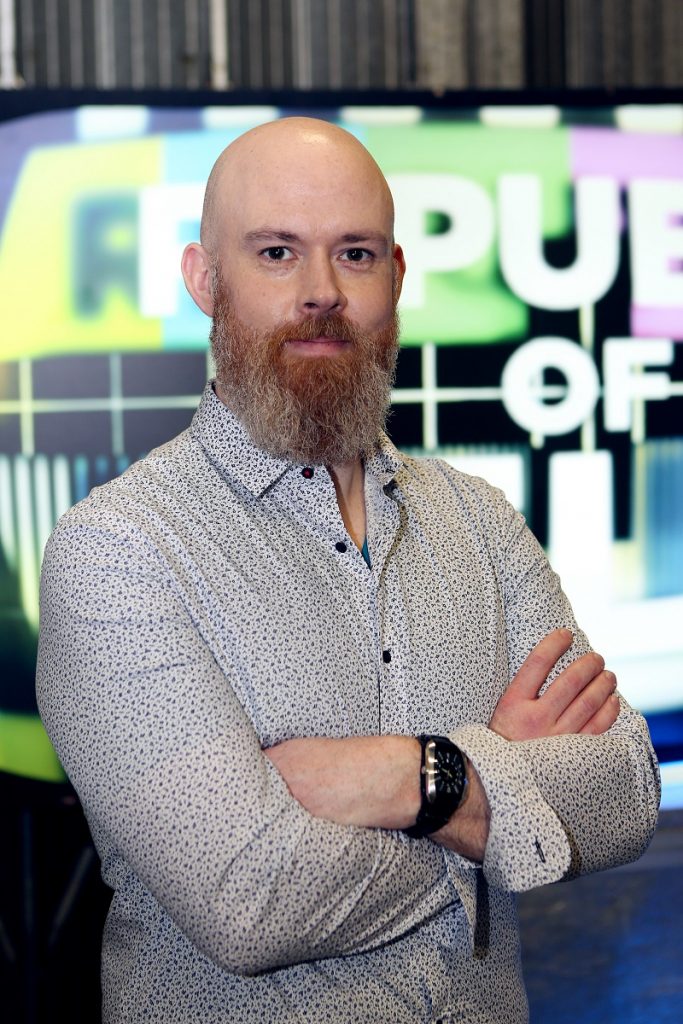 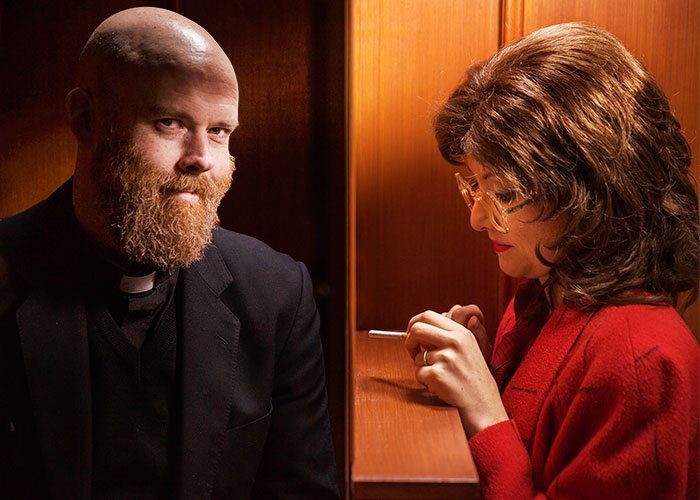 Mainly, to be honest, because he’s so deliciously dainty as the gay priest in RTE’s surprisingly hilarious sitcom Bridget And Eamon.

Also gracing our telly boxes with Republic Of Telly, young Sammon is about to make his Wicklow stand-up debut at Bray’s Hardy Har Comedy Club, which comes around on the last Thursday of each month at The Harbour Bar.

And is just about the finest night out around these here parts, my friends.

Before the big night – Thursday, June 23rd, date fans! – we asked Ed to tell us his reasons to be cheerful, and what has made him chuckle the most down through the years…

I first started stand up about ten years ago. I had dropped out of college and was working a day job when I landed a job in a commercial for a Dutch bank that thankfully is very difficult to find on YouTube. Declan Lowney was directing it and I really wanted to talk about Father Ted with him as we sat in a double decker bus eating lunch, but I was too nervous. I had been thinking about doing stand up for a long time and would mention it to my younger brother, Jonathan, so much he eventually frog-marched me into the Ha’Penny Inn, where I spoke to Tony Ferns – a man who has allowed a lot of comedians their first attempts at making strangers spontaneously laugh. I got a few gigs, and they went ok, so I kept going, and here I am, still doing it.

Steve Martin
I reckon one of the earliest comedic memories I have is watching The Jerk when I was maybe eleven or twelve, and finding the anarchic silliness of it very funny. I kind of knew why it was funny, and some of it went over my head (like the blowjob joke), but it was a different kind of funny from the stuff I had been watching up to then – like The Animaniacs. This was a subversive kind of funny, and led to me watching all his stand-up and movies, and discovering other comedy greats, like Chevy Chase and Martin Short in Three Amigos.

Eddie Izzard
The biggest influence on me as a stand-up is Eddie Izzard. He is one of a handful of comedians where I find I can rewatch his shows over and over again, and still laugh. Bill Bailey and Flight Of The Conchords have that as well, but when I started stand-up, I did it in an Eddie Izzard style until I found my own voice. His use of language and the way he can be, at times, like a one-man Monty Python sketch, all of it so effortless and very funny.

The League Of Gentlemen
Brilliant comedic actors and writers, The League of Gentlemen blend horror movies and British kitchen sink dramas with surrealism to hilarious effect. And as the series progressed they really developed the characters, and did interesting things with the narrative structure of the show to keep it from becoming stale.

Smashie and Nicey
Harry Enfield and Paul Whitehouse created one of funniest programmes I have ever seen in their End of an Era spoof documentary. I watch it every so often as it gets funnier with repeat viewings in a totally hilarmungous, televisual, This is Spinal Tap type way. I have it on video tape, and it’s not available on DVD, so here’s a good quality Vimeo link to the whole thing, watch it! You won’t regret it. You shouldn’t be filling your life with regrets!

The Coen Brothers
I love the Coen Brothers movies. They have some great out and out comedies like Raising Arizona, but what I really like about their movies is that they are always populated with wonderful supporting characters. Often these characters will only appear in one scene but the dialogue is so perfectly written to serve the story and the character of the overall movie it really
stands out. Like this example from Fargo…

Luke Feels The Force Once More…