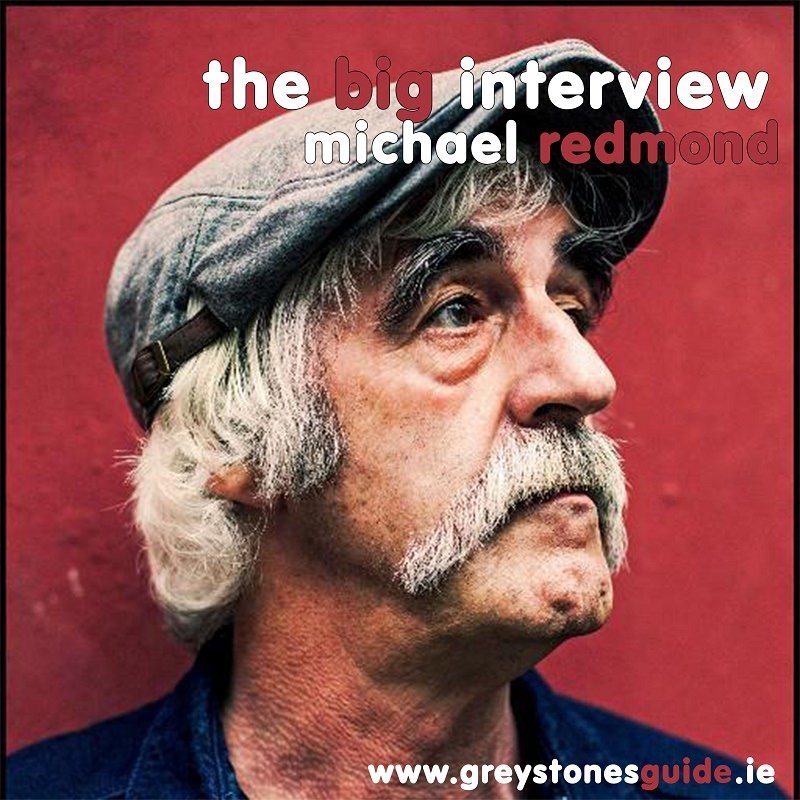 When Hot Press refugees Arthur Mathews and Graham Linehan came to casting their rather fine sitcom Father Ted, they each knew it was the perfect opportunity to pay homage to some of their heroes, especially those comedians from back home in sunny Ireland. 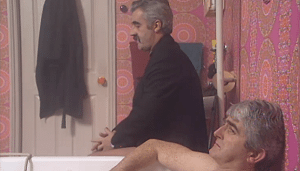 And so it was that the likes of Patrick McDonnell, Pat Shortt, Jim Norton, Brendan Grace and,eh, Brian Eno were sprinkled like fairy dust throughout the 25 episodes of the series. Perhaps the most memorable appearance though was Michael Redmond’s, who took the eponymous role in the classic episode Entertaining Father Stone. Hailing from just up the road, in Blackrock, Redmond made a name for himself on Irish TV and radio before heading to London in 1987, where his controversial show Eamon, Older Brother Of Jesus, was adapted for a BBC Radio 4 series. Until they got a new controller who just happened to be a devout Catholic, and the show was cancelled.

Redmond got his revenge on such bible-bashers, of course, by giving us the world’s most incredibly boring priest, Father Paul Stone, his career bouncing on to the likes of Chris Morris’ Brass Eye and Stewart Lee’s Comedy Vehicle, all the while maintaining his reputation as one of the best stand-ups in these acursed isles.

As Redmond prepares to take part in Father Ted Friday on February 26th as part of the Hardy Har Comedy Club’s dirty big Bray Comedy Festival, we got the lowdown on young Michael’s comedy heroes, and how he came to be in this ridiculous line of work in the first place… 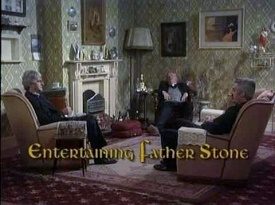 My first ever comedy gig was in the basement of The Sportsman Inn in Mt. Merrion, way back in the mid-eighties. It was started by the one and only Billy Magra, but unfortunately it only lasted a few months. Billy then put on a few more comedy gigs at The Project Arts Centre, featuring some of the acts who’d performed at The Sportsmans, including myself and Kevin Mc Aleer. However, the comedy scene soon petered out in Ireland, and so I took the boat to London in 1987 and was lucky to establish myself at The Comedy Store within a couple of years.

It was a few years later when Graham and Arthur came to a gig I was doing at The Bloomsbury Theatre with Dylan Moran and Ardal O’Hanlon, and when I spoke to them after the gig they mentioned that they were writing a sitcom about a group of Irish priests and that there might be a part for me in it… and there was!

I suppose my first ever comedy inspiration was Groucho Marx. I loved some of his one-liners and his delivery.

I think Peter Cook was a comedy genius and his ‘working man ‘ philosopher sketches sitting on a bench with Dudley Moore is pure gold.

Also, like most comedy fans of my generation, I loved Monty Python. They have been repeated so much that some of their sketches have almost become cliché but I still think they were great. My all time favourite sketch of theirs is The Spanish Inquisition.

I mentioned Kevin McAleer earlier. This clip of him on Friday Night Live performing his slide show featuring three owls and has to be seen to be appreciated. Absolutely hilarious.

You can keep up with Michael Redmond’s comic adventures on the oul’ Twitter. Just click on the link. You heathen bastard. Meanwhile, go check out The Hardy Har Comedy Club on their Facebook page here.

Sending Out An S.O.S.