Home A Notice Board Surf’s Up! Out! Upside Down! Shake It All Around!
A Notice BoardGreystones Sailing ClubPhoto Albums

Surf’s Up! Out! Upside Down! Shake It All Around!

Otherwise, how could we have written that cold-hearted, wrong-headed and pig-ignorant attack on the Greystones Sailing Club, for Chrissakes.

So, when our #1 nature photographer, Brian Keeley, emailed over some pics, having witnessed a little 45-minute rescue drama off the coast on Tuesday evening, May 3rd, we initially weren’t entirely sure what was going on here.

Luckily, Brian knows all the lingo. And has assured us that a ‘sailing gizmo’ ran into difficulties, and had to be rescued.

Always wondered what those surfing boards with the sails were called. Sailing gizmos. Now we know. We later discovered, after the high-pitched girly screams were analysed, that this was Greystones Sailing Club veteran Fiachra Etchingham, trying out a new sailing boat. And he would like to thank the Greystones Anglers Club for coming to his rescue, after the GSC’s own rescue boat wasn’t available.

Thanks to Brian for the pics. And glad to see nowhere was hurt in this Bond-like battle.

Although, let’s be fair, a brief tussle with a shark would have been cool. 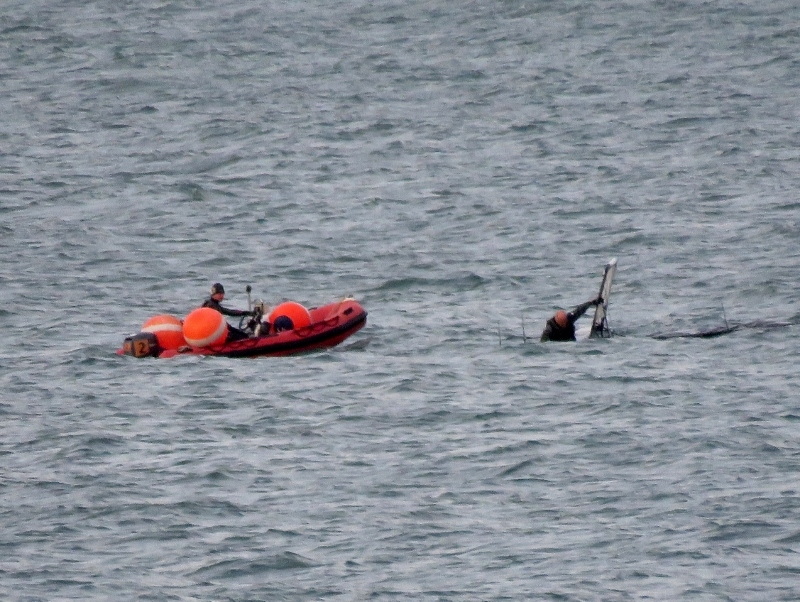