Ahead of her Whale debut, Carole Nelson goes soul mining 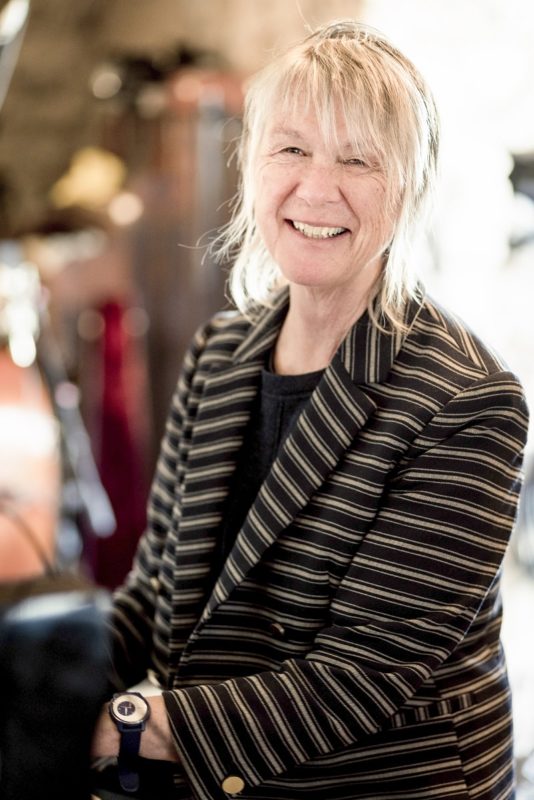 ith her Greystones debut lined up at The Whale on Sunday, September 26th, we asked Carole Nelson for her Tracks Of My Years. 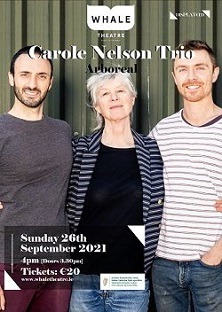 But first, a little history on how the multi-talented jazz multi-instrumentalist got all the way from there to here…

As a child we had an old piano in the house. I don’t know how it got there as neither of my parents played an instrument. But my older brother did, and anything he did I wanted to do too. So at seven I had lessons with Mr MacDaniel, whose missing leg from the first world war was the most interesting thing about going to lessons. As kids, the three of us pretended to be in a band and sang harmonies like a mini Von Trapp family. I started to play with rhyme and make up songs really young. I regret not keeping any of my earliest gems! 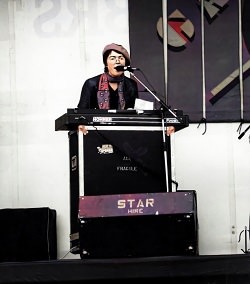 I did well with grades but had no inclination to do music at college. Back in the mid-seventies it was all classical, though by the end of the decade jazz schools were opening up. I was living in London and I learned music on the job, playing anything I could to earn a living – kids’ dance classes where I could improvise elephants and falling leaves, old people’s homes for musical hall numbers, and then all kinds of bands. I loved funk and soul so gravitated towards R&B bands, forming my own band – the all female Spoilsports – in 1980. 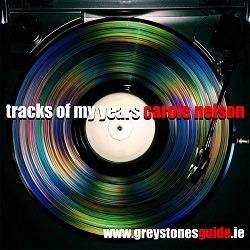 I was writing pretty decent songs then and we recorded a couple. Just recently I was approached by Cherry Red Records for inclusion on a re-release of seventies and eighties DIY female recordings called Make More Noise. So a Spoilsports track sits next to The Slits and the Pretenders. The past comes back in strange and unexpected ways!

In the early eighties I wanted to travel so I bought a saxophone and went to live in Spain. There I practiced long tones in an olive grove and annoyed farmers trying to siesta. But I came back to London for the music life, and from there to Dublin in 1985.

I was going against the prevailing tide of Irish emigrees heading to London but I had a good time in the Dublin ’80s. I played sax and piano with different bands, including Major to Minor and Kieron Halpin. 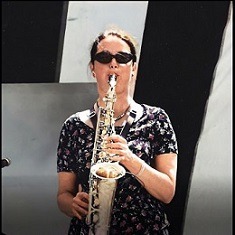 In 1992 Maria Walsh and I recorded our first Zrazy record and won the Hot Press Phil Lynnott Award for best new band. We went on to record six albums of jazz- inflected pop and dance tunes and we’re still going strong.

I formed the Carole Nelson Trio in 2015, looking for a deeper exploration of jazz piano and composition. We made our first album One Day in Winter in 2017, followed in 2020 by Arboreal.

I feel like I’m getting into my stride in my sixties and loving every moment of my musical life.

And so, to the Tracks Of My Years…

Carole King I Feel the Earth Move Under My Feet
Perfect pop with a great piano driven groove and upbeat joyous lyrics, joining all the other gems on her Tapestry album. One of the seminal singer/songwriter albums of the seventies and a huge inspiration to a baby piano playing songwriter.

Steely Dan Do it Again
It’s hard to choose a Steely Dan song – they’re all brilliant. Acerbic, street smart lyrics that I didn’t really understand when I was 15. I heard this track on the radio and woke up! I wanted to make songs as good as that! Steely Dan was a doorway into hearing jazz, funk and Latin grooves. All the great jazz musicians of the era show up on their records and I can still sing along with the solos. Loud, driving home after a late gig.

Marvin Gaye I Heard It Through The Grapevine
At college I was very proud of my soul singles collection. This sounds as good now as then. The sound of the drums! The incredible voice, the great lyric. Totally yummy.

Patti Smith Gloria
Still at college and struggling with my sexuality. I was at a party with the unattainably cool crowd and someone put this on. I felt simultaneously thrilled and exposed. ‘Here she comes in her pretty red dress and ooh, she was so good’. Then I saw her first London gig and went to heaven!

The Specials Ghost Town
I was living in Brixton and remember hearing this played loud down our street. I leant out of the window and the sky was a threatening greyish yellow. Seemed a perfect soundtrack to the Thatcher nightmare. Great trombone by the Jamaican Rico.

John Coltrane A Love Supreme
In my council flat in London, lying on the floor with headphones on and a spliff. Spiritual transcendence.

Grace Jones My Jamaican Guy
The eighties in Dublin and Grace Jones on our cassette players. What an extraordinary self invention, unequalled and she’s still a style icon. Her flat top hair, gender-bending, artful arch lyrics and the island music grooves. I caught the last ten minutes of her hoola hooping at the Electric Picnic. Electric Picnic? Sigh.

Mary Coughlan Delaney’s Gone Back on the Wine
I can’t leave the eighties without Mary’s debut album. All the songs were written for her and seemed to just get her. And her Galway accent at full throttle was so refreshing at the time.

Miles Davis Blue in Green
I sometimes sit at the piano and play this tune and I just can’t leave it. It moves me beyond description. The album Kind of Blue was one of the albums I played endlessly when I was learning the saxophone. This tune closes out a perfect jazz album.

Ruthven Hypothalamus
It’s hard to limit myself to ten tracks and there’s so much I’ve left out. I’ve chosen this one to finish because it’s by my beautiful nephew and because I love it. He is influenced by eighties music, particularly Prince and I’d like to think I had a small hand in this somewhere.

Where To Next For Delgany…?