Take Me To Mass 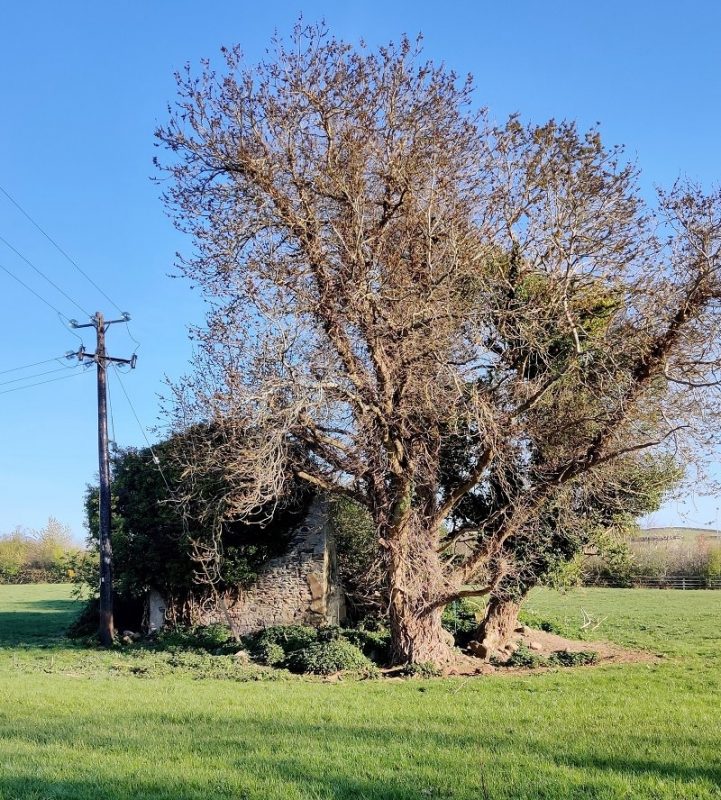 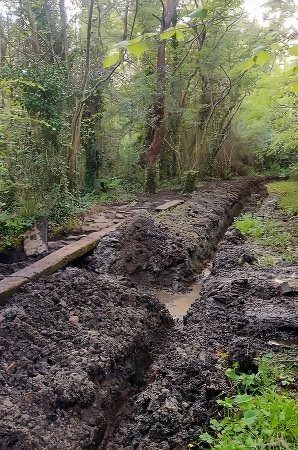 budge off a Drummin stretch, other parts of the ancient mass path are now being restored. 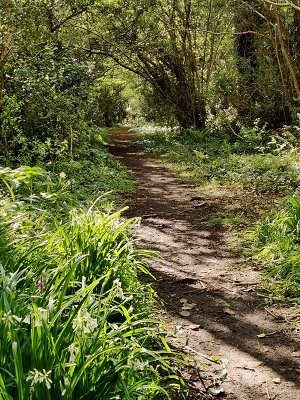 The work of Kilcoole Tidy Towns, two water-sodden stretches of the Priestnewtown section are being made safe for walkers once again.

As the Cosán an Aifrinn plaque says, it was after Kilcoole’s medieval church was abandoned following the English Reformation of the 1500s that a new parish church sprang 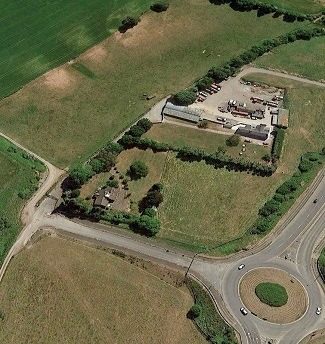 up in Kilquade. Mass paths from Kilcoole, Drummin, Delgany and the Downs converged on Kilquade, with parishioners walking miles each way to attend services.

The path Kilcoole Tidy Towns are working on follows the Canninstown River from the town’s upper green to the Kilquade Road, where it connects with the Drummin mass path. 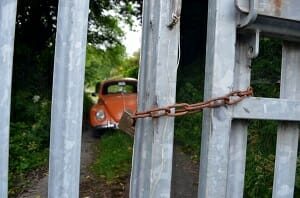 And that big, sprawling depot for Kelly Drains. Which engulfs a section of the mass path.

We’ve been covering this stubborn, smelly blockage since July 2016, and it’s shocking that, despite firm rulings from Wicklow County Council to retreat from the mass path, the Kellys have continued to challenge each fresh WCC decision against them.

Without going into too much detail right here, right now, let’s just say this battle is far from over…