Temple Carrig Get Their Rocks On 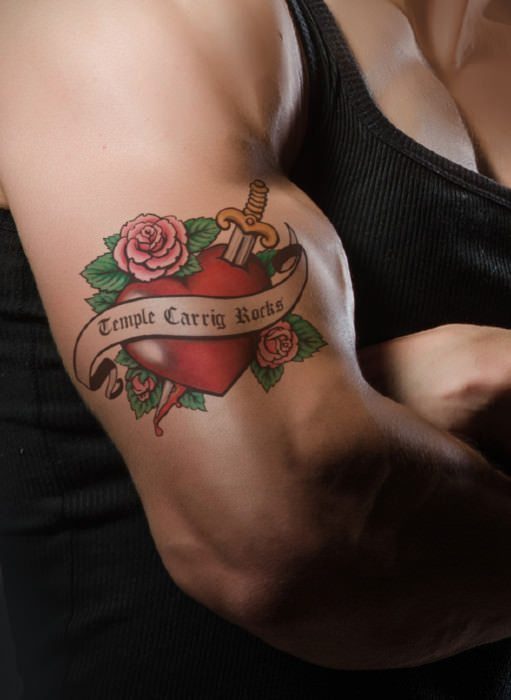 Man, we couldn’t believe it when, during a tour of Temple Carrig School this 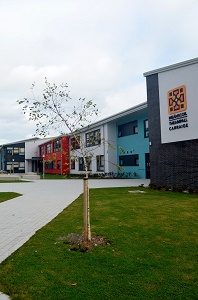 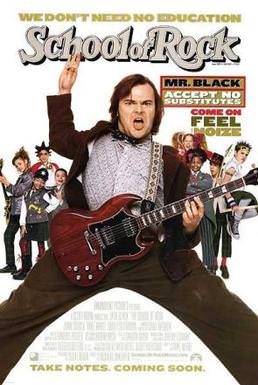 The fact that young Cox got the tattoo purely to let people know that a bunch of those pupils are putting on a stage production based on the 2003 hit movie School Of Rock is yet another example of this man’s dedication to his job.

The production is being directed by Eoghan Cleary, who promises that “you will laugh, you will cry, you will rock!”. So, be prepared. Bring your air guitar. And a change of underwear.

Thanks to that pesky, beautiful snow, the show was delayed a week, to Wednesday 7th and Thursday 8th of March, at 7.30pm, tickets – available from school reception – are just €12 for adults and €8 for students. 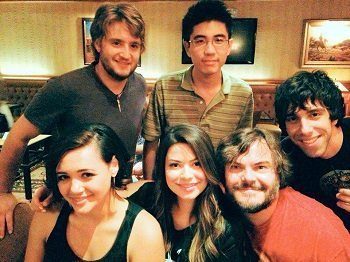 This, Eoghan tells us, is the first TY musical in the school – we think the TY stands for Troubled Youths – and given that they’ve been rehearsing this show for the past three months, there’s every chance that it will indeed be a truly rockin’ night out.

And, sure, even if it isn’t, Something Nice will be serving Beast From The East ice cream specials during the interval. Boom!

Whatever school of rock you belong to, enter the Greystones Battle Of The Bands here. Closing date for entries is March 18th.

Lord Of The Ring…?