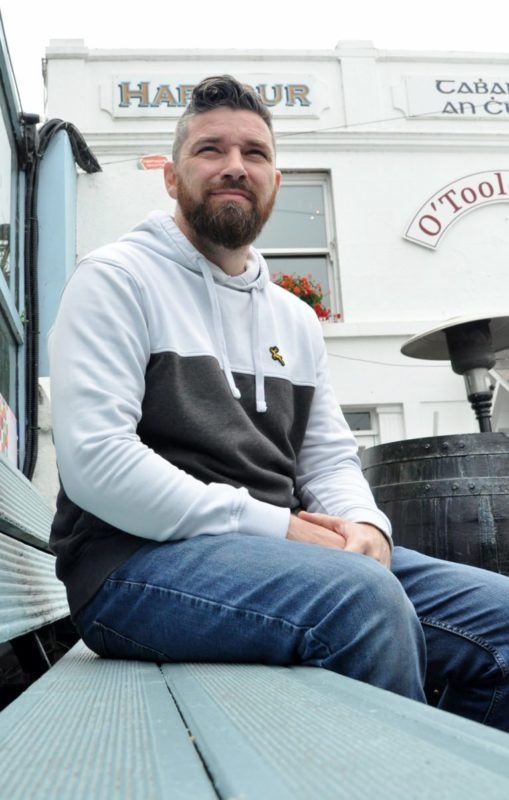 e’s a man who knows his funny but, for his latest one-man show, stand-up Adam Burke found 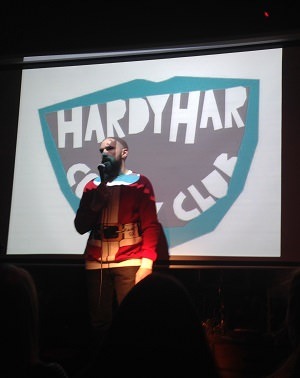 inspiration in The Irish Sea.

Where he nearly drowned.

“It’s not something that would be obvious stand-up material,” says the Bray funnyman as we meet up as his Hardy Har comedy club HQ, The Harbour Bar. “It was only after we all 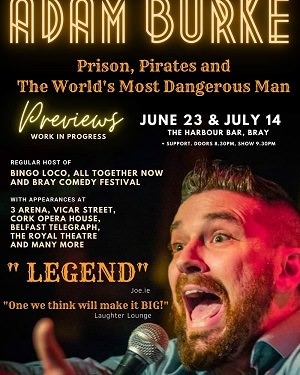 went through lockdown, and so many people had to deal with the death of loved ones, or the fear of it, that I felt this was something that I should talk about…

“Comedy is a great tool for dealing with difficult subjects, for breaking taboos and bringing light into dark places.”

Like Bray. Going under the title Prison, Pirates & The Most Dangerous Man In The World, before taking his new show on the road, Burke has previews at The Harbour Bar on June 23rd and July 14th, both Thursdays. And both free.

“It’s great, having a Hardy Har audience who will happily take a chance on new stuff alongside old familiar faces and major headliners,” says Adam.

“Which makes The Harbour Bar the perfect place to try out new material. I might think every single second of the show is downright hilarious, but it’s only when you get in front of that audience that you find the real funny.”

You can find out more about the bould Burke right here. In the meantime, we talk about stand-up, lockdowns and the fine art of resurfacing…

Okay, time for GG’s favourite joke right now. “My roommate keeps calling me a schizophrenic, but the joke’s on him – I don’t have a roommate.” BOOM!