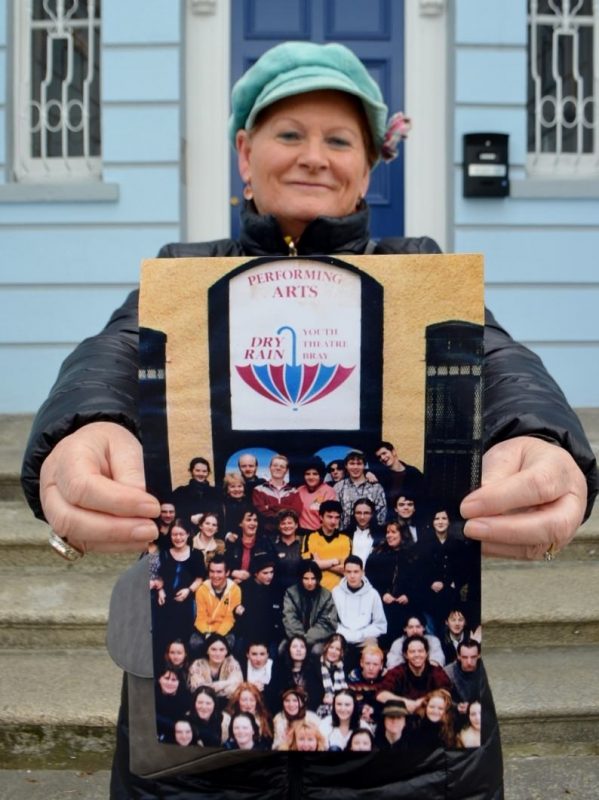 It all started when 35-year-old housewife and mother

Lorraine O’Brien decided it was high time she stopped talking about the need for a youth theatre around here, and went ahead and actually started one.

Holding onto the mantra, ‘Build it, and they will come’, Dry Rain quickly became a major creative force and cultural hub in 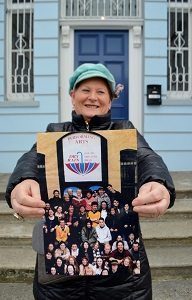 Wicklow throughout the 1990s.

Which says something about the vision, drive and passion of its founder.

And it’s a vision, drive and passion that is still there today, as Lorraine O’Brien continues her love affair with theatre, bringing her latest hit show, To Shorten The Road, back to Greystones on Friday, March 15th.

Back in 1990, when Dry Rain first opened its doors at Fatima Hall in Bray, it was 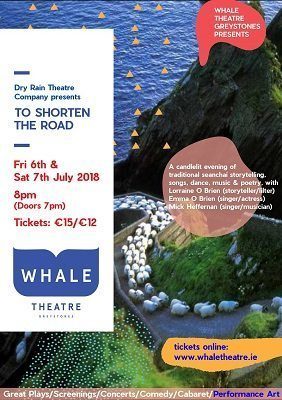 all about giving young people a chance to be creative, inventive and just plain silly. By the time they moved to the iconic An Lár building on Dargle Road in 1993, those young people were well on their way to a life in the arts. The following seven years played out like an endless summer of fun, friendship and, most importantly, creativity.

For Dry Rain’s founder, the key was creating a safe space where teenagers could “unleash their creativity, no matter how wild, how raw, how politically incorrect, and be applauded for it“. These were the formative years, “the age of madness, passion, rebellion, 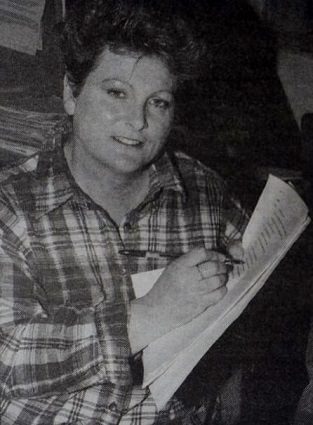 openness, experimentation and when making sense makes no sense“.

O’Brien is quick to point out the invaluable help of Catherine Greene (now Hickey), a team leader in Bray Youth Service who not only found a home for Dry Rain but also secured financing through a Fás scheme. With all the pieces of the jigsaw in place, Dry Rain soon had over 50 actors, writers, costume designers, directors, set designers and beyond. When Saturday’s drama workshop came around, An Lár’s two floors would be a hive of dreams and schemes, as Dry Rain took their productions

Ultimately, it’s all about storytelling, and Lorraine O’Brien goes deep into the roots of the Irish seanchaí tradition with To Shorten The Road. Playing storyteller and lilter Peg Meg, O’Brien will be joined on the night by Emma O’Brien with her bawdy ballads and haunting tunes, whilst Mick Heffernan will explore Ireland’s great, broken-hearted laments of old.

You can check out To Shorten The Road at The Whale on Friday March 15th here. In the meantime, we met up with Lorraine this afternoon, at An Lár, to bring it all back home…

Once again, you can check out To Shorten The Road at The Whale on Friday March 15th here.

Born To Be Wilde