Friday went up a gear today, it would seem the issue of possible changes to the admission process for children has already become a national debate.

Following this morning’s story in The Irish Times, and an article here in the Guide, Canon David Mungavin issued a letter today to the parents of St Patrick’s 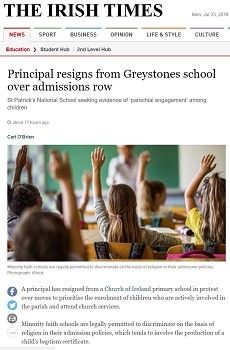 National School kids, stating that, contrary to Ms Jackson’s claims, there will be no changes to the admission process.

With a number of resignations over the past two years, and a growing unease within Greystones’ Church Of Ireland community over recent developments, it’s clear that not everyone will be reassured by the chairman of the board’s message.

The Department Of Education provided extra classrooms a few years ago to provide a double intake. This was 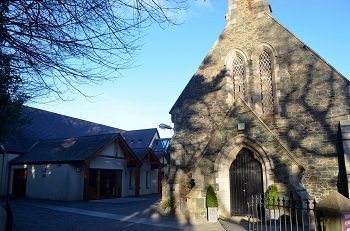 partly to cope with a lack of school capacity, given the growing number of children in the area. They are now back to one intake and, totally unheard of in my long years dealing with our schools, the board have refused the offer of another teacher from the Department.

In other words, they are shrinking the size of the school and can then subsequently claim that they have only room for Church of Ireland children.

It is totally against what the Minister for Education and the Department are trying to achieve. It was meant only for schools where space is limited, not where it is being deliberately limited by the board.

Ultimately, the question has to be asked, what about the extra classrooms, paid for out of publc money to provide extra space for a growing school…?

Clearly, with Greystones in danger of giving the Church Of Ireland a bad name, there’s work here to be done. Here’s hoping it’s done sooner rather than later…

Is There A Hoctor In The House?