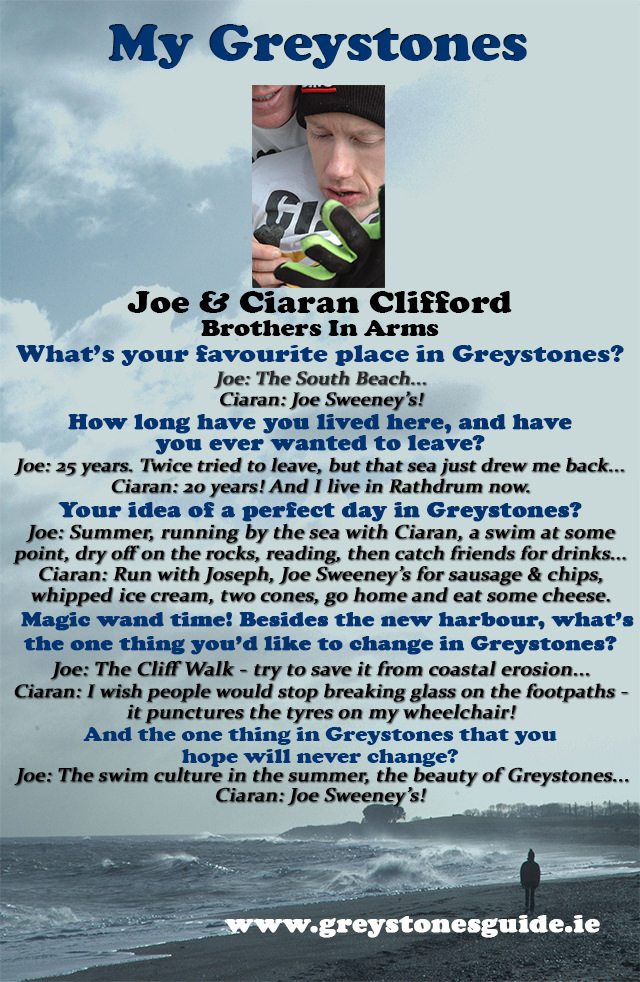 With a bond that has been forged over many years and many, many miles, brothers Joseph and Ciaran Clifford are a great example of what people can achieve when they work together.

Having conquered many a marathon as a duo, Joe pushing his brother Ciaran for mile after mile after mile, the Clifford brothers have had to push far beyond any petty sibling rivalry to achieve their remarkable goals. And in doing so, they’ve reached a state of play far closer to sibling revelry, the two brothers working as one, running as one, laughing, joking, training and eating chips at Joe Sweeney’s as one.

Currently battling with the organisers of the Berlin Marathon over enforced safety restrictions, the brothers are quick to point out that this is the very first time they’ve been refused frontline participation. Having taken part in many marathons – finishing the Dublin City Marathon last year in just four hours and 33 minutes – Joe and Ciaran know what they’re doing when it comes to running for hours alongside hundreds of fellow enthusiasts. To be told that they must start the Berlin Marathon – which is due to happen on September 26th – at the back, and stick to a five-hour pace, is something of a shock for the brothers. Which is why they’re fighting the decision.

As anyone who has met the brothers will know already, given the brothers track record, there’s a very good chance that Ciaran and Joe will be starting closer to the front row six months from now in Berlin…

Are Greystonians Only The 2nd Sexiest People In Ireland…?