Capturing the mood, the music and the

madness as the hippy hippy shake rumbled its last across America, Quentin Tarantino’s

That it takes as its backdrop the brutal Sharon Tate murders on the night of August 8th, 1969 makes it an unlikely helter

skelter ride of a movie, but then again, Quentin has a habit of turning dark history into light entertainment.

As anyone who’s seen Inglorious Basterds and Django Unchained will know.

Not that Once Upon A Time In Hollywood (USA/18/161mins) doesn’t have a sting in its tail, its central tale of a faded TV star (played by Leonardo DiCaprio) and his loyal stunt double (played by Brad Pitt) has 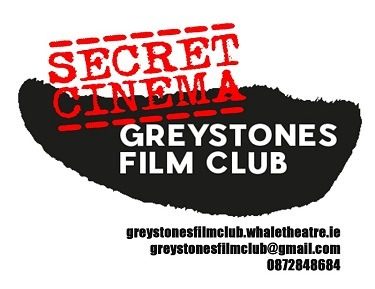 all the poignancy and punch of two old friends having another quick round of drinks at the Last Chance Saloon. DiCaprio’s Rick Dalton is a drowning man, each new baddie cameo another nail in his once-glittering career. His long-serving

stunt double Cliff Booth, on the other hand, seems bereft of ego, happy to help his buddy at every twist and turn, and ready to simply

punch out anyone who tries to mess up his day.

You could lose yourself in Tarantino’s trademark attention to period detail, or just chuckle along to the witty dialogue and winsome nods to Hollywood’s back catalogue, but, above this film’s many charms, there are two that are worth the admission price alone. One is Brad Pitt’s cool, calm and collect Clint, a character that deserves to be a Halloween

costume forever more. The other is the spectacular, cheeky and downright giddy ending.

So, on Thursday, January 16th at The Whale, catch this Oscar favourite – Pitt’s a shoe-in – up on the big screen, just as Quentin intended. It’s a film that will leave you punching the air.

And anyone who tries to mess with your day.

Maybe Simon Harris could organize with Irish rail to have a working toilet in the Station! As staff say it’s closed due due undesirable behavior.. Yet a coffee shop is slowed to open with no facility???? And suggests the use of the library toilet! Which does not go down well with Library staff!
Also maybe Mr Harris could ask the owners of the public toilet at the children’s playground to ensure it is ALWAYS in working order for the hundreds of children, parents, and grandparents that visit the playground!

Quentin Tarantino thanks you for your concern.

Whitmore Lays Out Her 2020 Vision