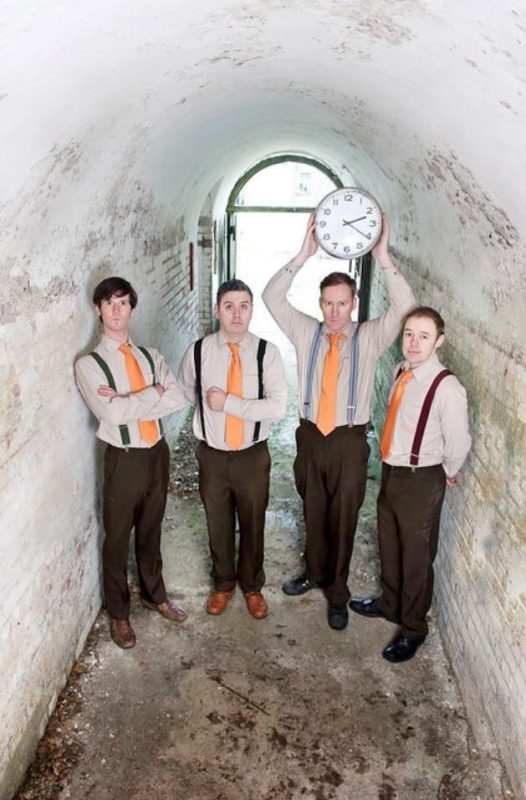 Right from the very first jingle-jangle 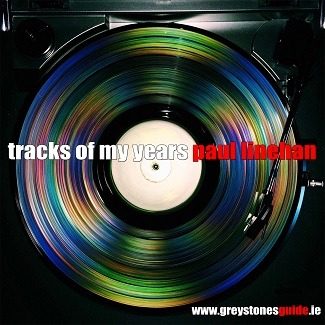 guitar intro, The Frank And Walters were a band merrily out of time.

Which wasn’t drummer Ashley Keating’s fault, of course, this Cork foursome simply delivering the kind of power pop that sweetly 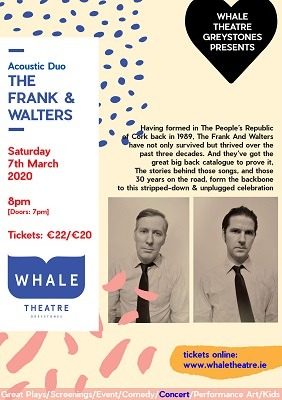 cruised somewhere between mid-’60s Beatles and late ’80s working class zeroes such as The Proclaimers and Billy Bragg.

Which is a somewhat crappy description of The Frank And Walters’ music, but, feck it, for the uninitiated, it’ll have to do.

Having signed with Setanta in 1991, and scoring a hit with their economically-titled EP1, it was moving to Go! Discs and working 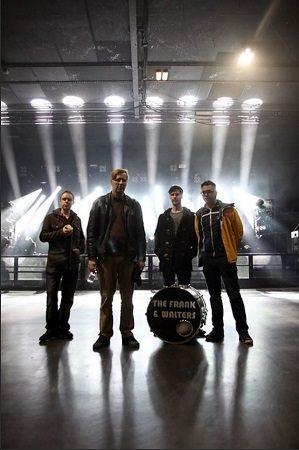 with former Orange Juice frontman Edwyn Collins that gave the boys that One Great Song That Never Fades Away.

So great, in fact, that After All was recently voted Cork’s Favourite Song earlier this year, beating out the old chestnut, My Own Lovely Lee, and such much-loved local artists as John Spillane, Jimmy Crowley and Mick Flannery.

Heck, it even beat The Sultans Of Ping F.C.’s Where’s Me Jumper?. We reckon After All‘s chart rebirth after being used in Cork-based sitcom The Young Offenders may have just swung it, After All reaching no.2 in the iTunes download charts in March 2018.

Over the last 31 years – and despite a few years in semi-retirement (due to, say the

band, a “fear of music”) – Paul Linehan and the gang have continued writing and recording new music, all the while marking each new anniversary as the band and their fans grow ever more nostalgic, and fonder, of one another.

And now Greystonians can join in the group hug, as Paul Linehan comes to town

as part of a stripped down acoustic duo version of the band. He’s just not sure yet who the other member will be, given that The Frank And Walters are having a little fun on their current unplugged tour playing mix’n’match.

Playing at The Whale on Saturday, March 7th, to get young Paul fired up and funky, we asked him to reveal the songs that have helped make him the fine, upstanding and outstanding singer/songwriter he is today…

Prefab Sprout When Love Breaks Down
This was the first song I ever heard that touched me. This was around 1984/1985, and it seemed to stir up something inside me that I couldn’t define at the time.
I guess, looking back, it was a sense of loss and loneliness. It still does that to me to this day.I loved the album it came from, Steve McQueen.

Nina Simone July Tree
This is a really beautiful song. I first heard it in 2000, and, at the time, it resonated with me. When I hear it now, it takes me straight back to how I felt at that time.

The Beatles The Long And Winding Road
This is a song I first heard around 1985, and it always reminds me of when I broke up with my first serious relationship. So, thanks for that, Fab Four.

Sinead O’Connor Nothing Compares 2U
This one always touches my heart, and is still very powerful to this day. I guess it’s simply because it is a great song, but Sinead o Connor sings it with such conviction that she makes it even more powerful. Sinead has the great gift of eloquence in emotion.

Johnny Cash Hurt
What a way to end such a career…

Simon And Garfunkel The Sound Of Silence
No words.

Fancy A Coffee With Hozier?