too, it’s perhaps unsurprising that sisters Tríona Maighread Ní Dhomhnaill should spend their lives singing in their native

Citing their late father’s childhood village of Ranafast in Donegal as their spiritual home, childhood holidays there singing songs and sharing stories helped sow the seed.

As their lives progressed to college, marriage and kids, Tríona ended up in The Bothy Band, alongside their brother, Michael, whilst 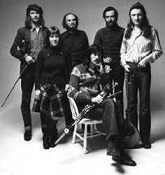 Maighread released solo albums on Gael Linn. By 1996, the sisters were performing together again, firstly with Michael, then later, as a duo, after, tragically, their brother passed.

With both T With The Maggies (with Mairead Ni Mhaonaigh and Moya Brennan) and the Temple Bar Tradfest (with Donal Lunny and Andy Irvine) on their dance card this month, the sisters are, they say, particularly looking forward to make

their Greystones debut at The Whale on Friday, February 23rd.

To mark the occasion, we ask this acclaimed sister act to reveal the songs that inspire them, and to let us know a little more about how music got such a hold on them both…

It’s hard to to think of any time in our childhood when there wasn’t music all around us. Our mother sang to us all the time. She loved all the show songs and light classical repertoire and she also song some great traditional songs. Our father was so deeply interested in the old songs from his own family background in the Donegal Gaeltacht and he played the fife and accordion. He collected lots of songs when he worked as a young man for the Irish Folklore Commission in the late 1930s. So between what we heard at home and what was going on around us in the late 60s and early 70s we forged our own way of playing and singing together in various groups and at different times.

Bonnie Raitt I Can’t Make You Love Me
There’s something about this song that always gets to me. I really like the arrangement as well.

Joni Mithchell The Same Situation
I love the string arrangement at the outro of this song – one of my favourites from Joni.

Kate & Anna McGarrigle Mendecino
This is a really beautiful and tender song.

The Beatles Across The Universe
I don’t know what it is – it’s hard to define – about this song and arrangement that gets to me.

Deanna Durbin The Last Rose of Summer
It reminds me of my mother and my childhood watching Deanna Durbin films on TV.

Joni Mitchell Both Sides Now (from the orchestral album)
I’m a huge fan of Joni, and this later version of the song is just so beautiful.

Joni Mitchell River
Always does it for me when I hear this song. Reminds me of Christmases past.

Steeleye Span Lovely On The Water
First album my husband bought for me in 1971. Great, moody track…

Judy Garland Somewhere Over The Rainbow
Reminds me of my father, who loved Judy Garland, and again, all those movies from my childhood.

You can catch Maighréad & Triona Ni Dhomhnaill at The Whale on Friday, February 23rd – details and tickets here.