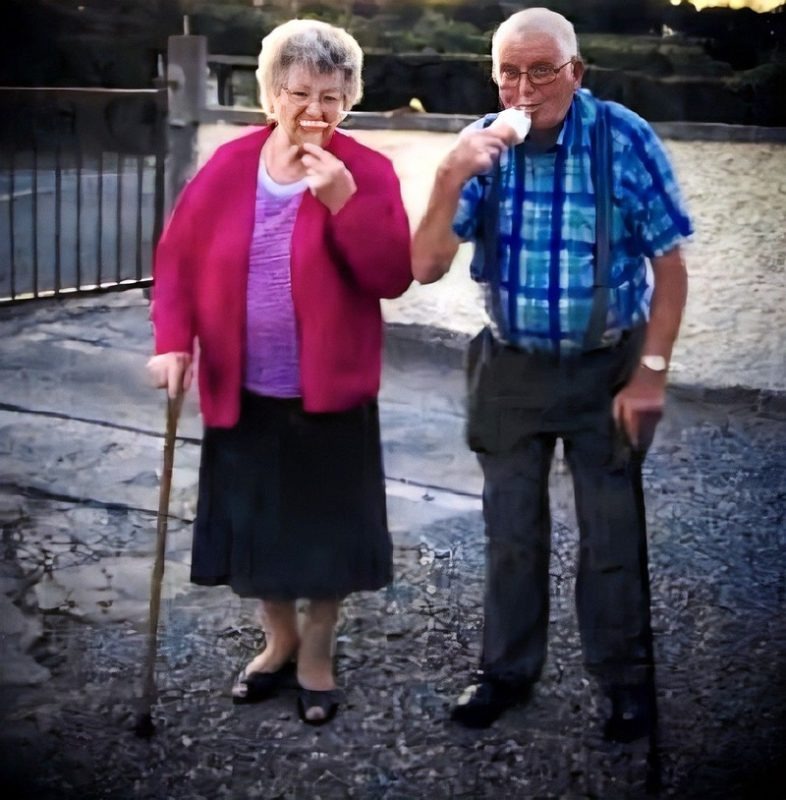 inding love even just for one night can be tricky enough – finding love that lasts a lifetime, well, that’s bordering on the miraculous.

Somehow, though, Harry and Mary Byrne found a way through, having just celebrated their 60th anniversary. 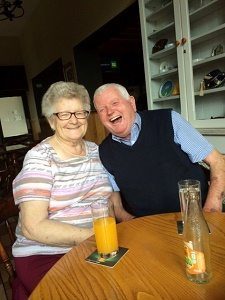 Not that Mary was all that impressed. The couple had been dating for six years and three months before they signed on the dotted line, so, that 60th is old hat to Mary.

It all started in a Greystones ballroom of romance when a certain young cinema usherette and a certain trainee brickie starting going to the local 1 & 6 hop here in the town. Later, their jiving moved to a weekly dance in Killian’s Hall before the lure of the Holy Rosary proved too much. The afters were held in the family home of the girl formerly known as Mary Mitchell, up in Blacklion. All the furniture was removed from the big bedroom, and the party began, followed not too early the next day with the traditional wedding breakfast. For their honeymoon, the newly-minted couple got a loan of Willie Sutton’s car and headed off to the bright lights of Courtown, to hang out in the home of Mary’s uncle.

Over those six years and three months of dating, Harry walked down to the cinema every night to make sure that Mary got up the hill and safely home. After they married, Harry and Mary moved first to a flat over O’Brien’s on Quinsboro Road in Bray, followed by a flat on Meath Road before the siren call of Greystones drew them back, to a Redford cottage. It’s here that Harry and Mary have lived for the last 54 years, and where they reared their seven children – Mary-Anne, Bernie, Victor, Martina, Sarah, Anne-Marie and Harold – and entertained and babysat their 13 grandchildren, and 9 great-grandchildren. It was during this time that Harry got a job with the railway, and for the following 35 years, every Thursday, he would bring his wage packet home and plonk it on the kitchen table, unopened.

Another key to Harry and Mary’s long-lasting relationship is the simple rule that the latter thought all her children – never let the sun set on an argument, no matter how big or small.

The two small bottles of Guinness Harry has by the fire every night might have helped a little too, of course.

Even at 85, Harry is still wooing Mary, kissing her goodnight and reaffirming his love for her every night before they head to bed.

And how much does Mary love Harry? Well, that photo above might just be Exhibit A. When in Bray with some of her kids, the suggestion of a round of 99s saw Mary insisting that if she had one, Harry had to have one too. Even if it meant driving all the way back to Greystones with a dripping ice-cream cone in each of her hands.

“It’s the little things that make a big difference in a relationship,” says Mary today. So, if you’re looking for love, folks – or lucky enough to be in love – remember, if you’re having a treat, always make sure to get two. At least.

Thanks to John McGowan for the latter three pics, taken at Mary’s 80th. Sadly, Harry passed away on February 26th, 2017, after a short illness. Our condolences to Mary and all the family…

Some Guys Have All The Locks

Strangeness On A Train