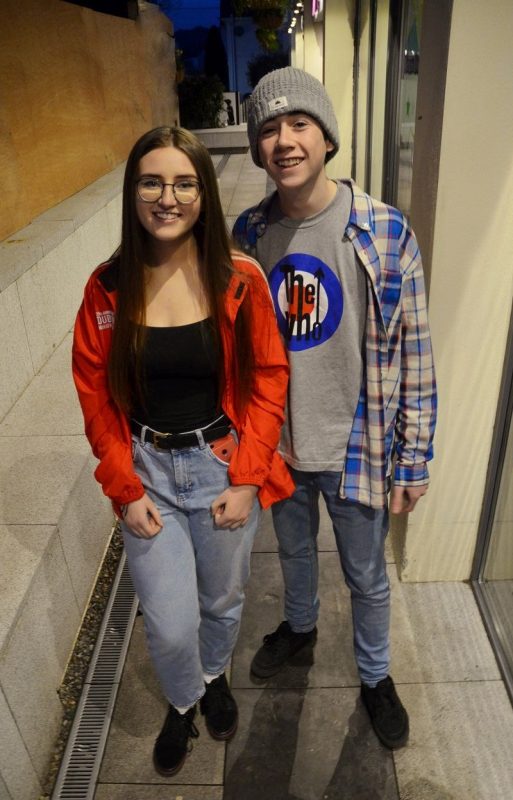 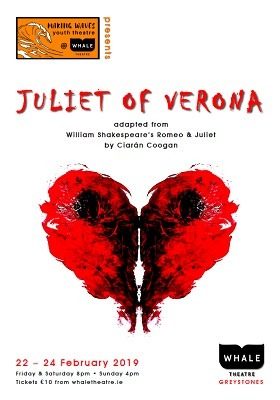 age limit of between 14 and 17 meant that GG and his beloved were just a few decades out for the lead roles of Romeo and Juliet in their debut production.

witnessed in this town.

Not getting those roles was, of course, a heavy blow to the ego, but, we are happy to report that the two Greystonians who did make that cruel age limit, Ruben Sweeney and Katie Lacey-Curtis, would appear more than qualified for the job.

Not only do these two handsome young skallywags have the looks, but, plainly, they have the talent too. And, it would appear, the confidence.

Whereas most of us would be quaking in our boots about playing the world’s most famous star-crossed lovers up on the stage, for Ruben and Katie, the very idea has them giddy with excitement. Entitled Juliet Of Verona, and running at The Whale from Friday to Sunday this coming weekend, this new adaptation by Ciarán Coogan of Shakespeare’s most famous play boasts a cast of 10, all between 14 and 17, all stupidly gifted, and all very much rarin’ to go.

They have, after all, been rehearsing since last November.

Having joined the Making Waves Youth Theatre at the very beginning – the twosome even helped come up with the name – all the world’s a stage for Ruben and Katie, and (double-cliche alert!) they’re more than ready for their close-up. As we found out this evening…

Running at The Whale from Friday 22nd to Sunday 24th of February, tickets for this exciting new production are just €10, and available right about here. You can find out more about the Making Waves Youth Theatre on Facebook here, or contact them on 0894129272 .