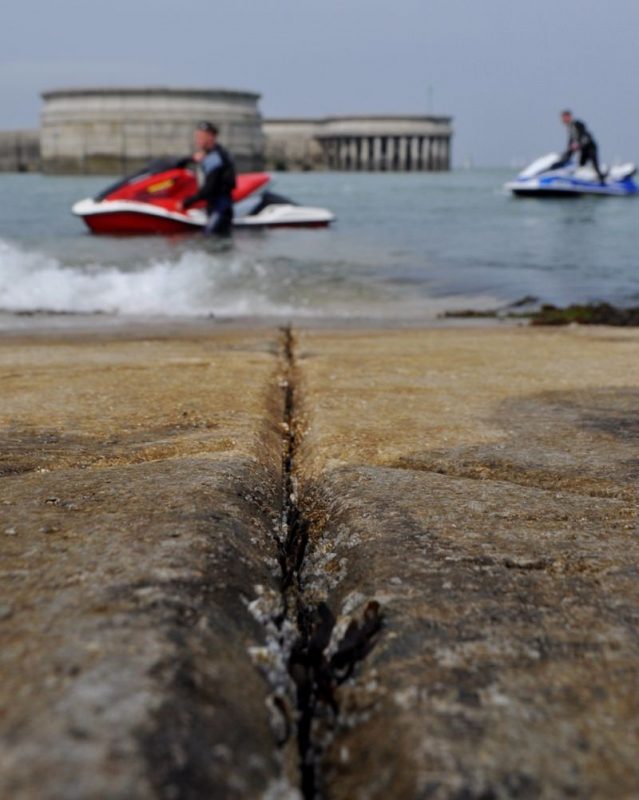 Way back in our younger, more carefree and 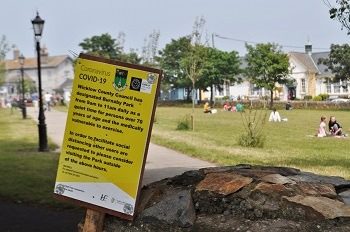 optimistic days, GG would regularly post a stroll around 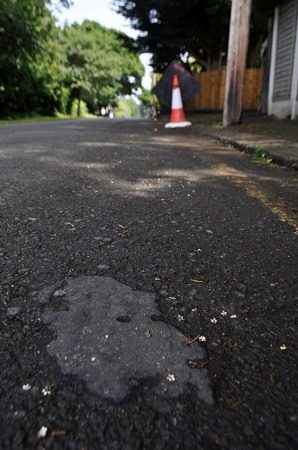 Something for the ex-Pats and ex-Marys living abroad, to give them a taste of the everyday life back home. 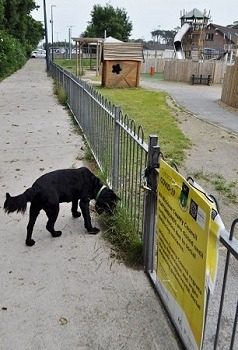 zip around. Especially when they’re still being advised to just stick to the garden and the odd shopping trip.

Today’s hazy Saturday comes after a week of surprising wet and cold, given that May was such an exceptionally sunny and dry month. It meant the light today was largely bleached of colour, with just a strain of orange, and maybe a tint of red, as though natural service hadn’t quite yet 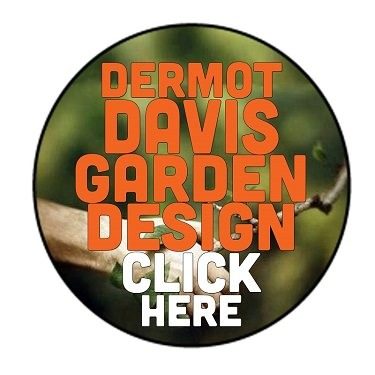 Still, it was good to head on down through the Burnaby, joining many others with the same sense of escape, down past that patch in the road that Max swears looks just like a dog, and on through Burnaby Park, where everyone is, of course, on their best social-distancing behaviour.

Great to see the playground buzzing again too, with laughing kids, texting 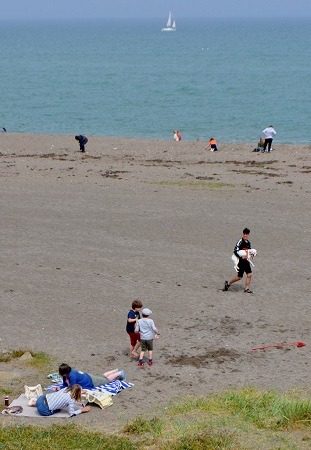 mums and, most notably, bawdy dads seemingly determined to break at least one of the attractions. I blame the wives, for letting their other halves have so much fizzy early in the day.

The South Beach has attracted all the bigger kids, and the odd defiant dog 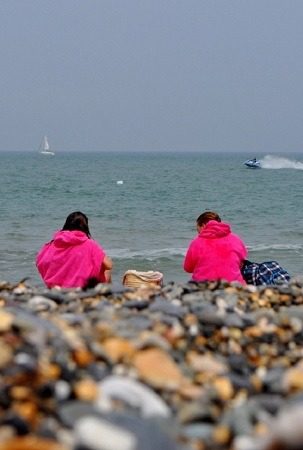 owners – with one deciding it was worth getting around the summer ban by simply carrying Mutley for his daily beach stroll.

Heading further along the seafront, happiness was in the air, from young OAPs to old friends, even if those jetski thugs seemed determined to rev up a storm. Being, at core, bikers who are just wet behind the ears.

We reckoned they must be local toffs out to splash their Greystones Sailing Club buddies but, meeting four of them down at the harbour, these jetski- 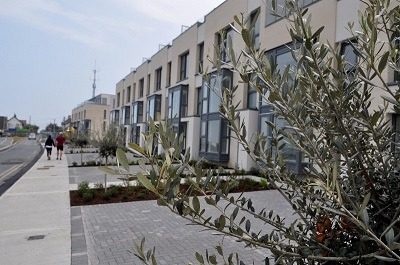 setting guys and girls were far more salt of the earth than lords and ladies of the manor. Nice.

Talking of which, somehow, those La Touche apartments look 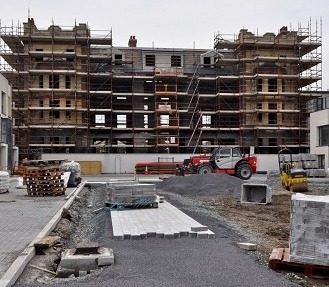 more like a brochure now than they did in the original brochure. And by the looks of it, the developers just might make good on their promise to keep the La Touche Hotel facade looking grand. 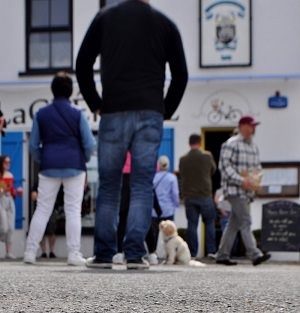 On the harbour front, good to see the South Pier is officially back open, even if no one told us, and the North Pier is either open or, at the very least, accessible to those willing to climb a fence or two. We’re still awaiting an answer from 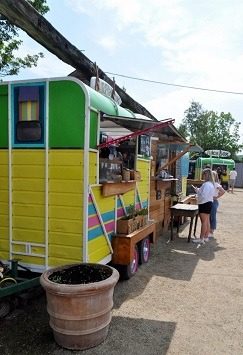 BJ Marine or the Marina Village developers as to when all those nasty barriers might actually be gone, but it’s unlikely they’ve come up with a solution yet to Greystones’ growing problem with underage thinking.

Still, with the hunger kicking in, right now, we have bigger fish to fry, and, sadly, it won’t be at Joe Sweeney’s still-eerily quiet chipper. So, have to choose between the takeaway queues outside La Creperie Pierre Grise, The Beach House and Burrito 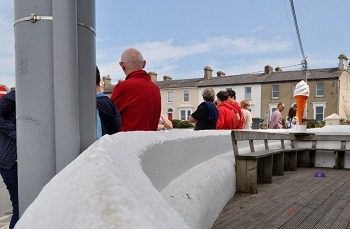 Box. We opted for the latter, and the Greystones Burrito (chicken, chorizo & bacon, jalapenos, crushed tortilla chips, mexican brown rice, pinto beans, cheese, tzatziki, lettuce and salsa) before heading over to the harbour again. So Max could give us the vulture stare until we 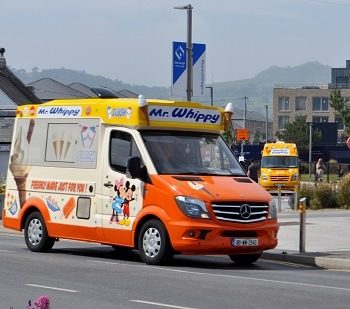 Before we headed home, an excited young Nigel Spendlove showed us his new basement ice 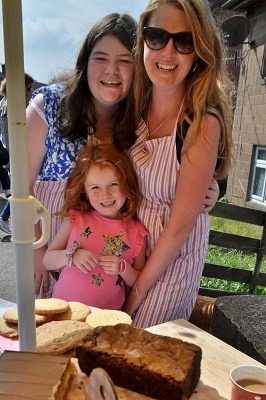 cream parlor, just about ready to become a permanent fixture around the corner from their main café entrance. Smart move, given the long queues. “It’s hard to make all this social distancing work,” says Nigel, “as it takes so long to serve each individual customer before you can talk to the next. So, having this second outdoor counter for ice cream, that should make the summer worthwhile for us…”

And just as he said it, Brian’s Whipppy seemed to give the passing Mr Whippy 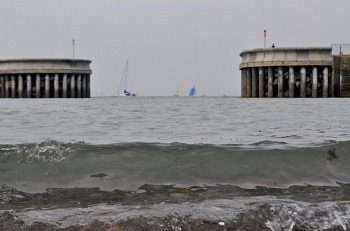 the death stare, as the rival ice cream vans tried to make the very most of Greystones’ first sunny day in over a week.

Closer to home, sure wasn’t there a cake sale for Temple Street Children’s Hospital outside the McCann’s place, all handsome and homemade, with three of them finding a good home at GG HQ.

You can check out the full gallery of today’s shots – in hi-res – right about here.

Tracks And Trails Comes To Town

Tesco Give A Little Back