With Guide On His Side 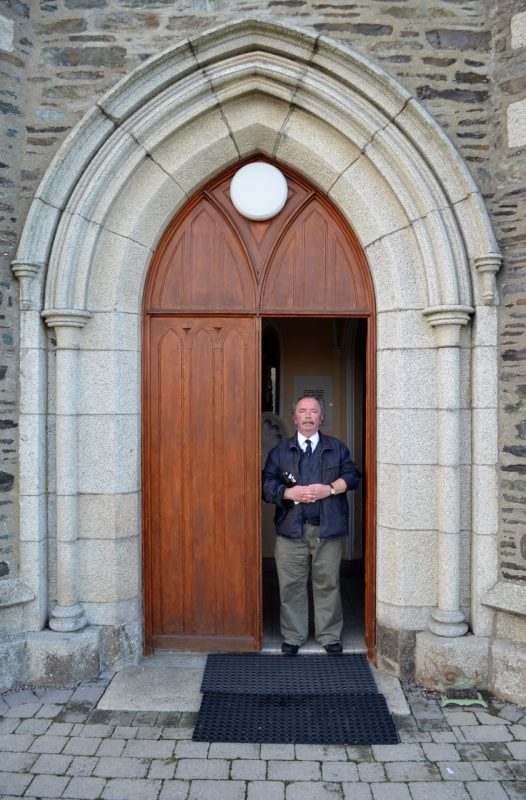 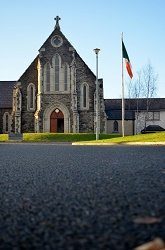 last December about their 146-year-old human-scale crib – but there’s always something about this little Delgany church that, well, makes you believe there is a God. 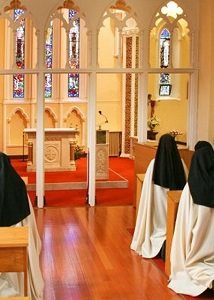 It’s not just the fact that the sisters have been here since 1844, or that the church itself was built in the 1850s – there’s an air of quiet here that seems to be elevated far above the usual hustle and bustle going on outside.

And there’s plenty of hustle and bustle this afternoon, as the cars snake back up through the main street, all the way up past Farrelly’s Butchers, to the convent gates and beyond.

poor Catholic peasants that we are, Shay and I are travelling by foot. 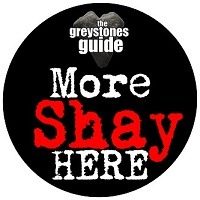 Our ramble chat this week deals not only with the arrival of the Carmelite monastery in Delgany but also the fine stained glass windows inside, created by the renowned Harry Clarke, a leading figure of the Irish Arts and Crafts Movement in the early 20th century.

The great thing is, with a little nodding and prodding just off-camera, we managed to keep it relatively short and sweet this week. Man, that taser is the best little investment I ever did make…

You can check out our December 2015 interview with Sister Gwen Collins here, and find out more about the Carmelite Monastery here – and what happened to the old dear here. You can also see the April 2001 visit by the relics of Saint Thérése of Lisieux here. Oh, and there are more Delgany Days With Shay right here.