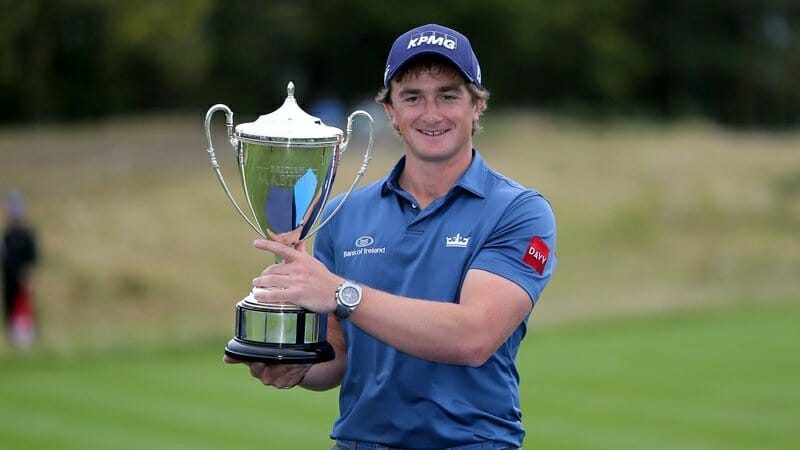 Sure agus begorrah, he was always going to win a major title 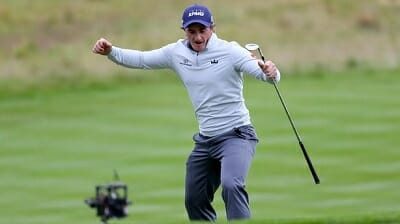 That Greystones golfer Paul Dunne should win the British Masters so early on in his career though came as a wonderful surprise to everyone.

Including, we reckon, Paul Dunne.

Talking after the boy took his first European title this 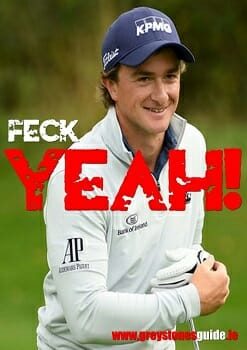 afternoon’ at Close House Golf Club in Newcastle Upon Tyne, Dunne said that the win meant “everything” to him.

Winning with a chip on the 18th to finish three shots clear of fellow Irishman Rory McIllroy, the 24-year-old Greystonian put his win down to the fact that “my game has been improving and I have definitely been improving mentally“.

It was back at the 2015 Open Championship, after sharing the 54-hole lead, 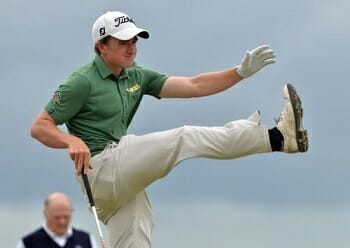 that Dunne first found fame, his achievement then all the more remarkable given that he was still an amateur. The past 12 months has seen a giant leap forward for the player.

“I learned a lot in the last year,” he says of finally winning a major title, “and that has really helped me, but, no matter how much you learn, and how much you tell yourself you have learned, until you do it, it’s different.

“Once you do it, no one can take it away from you, so, it means everything.”

There will no doubt be a major party for Dunne up at his old stomping ground, Greystones Golf Club, and we’ll be calling on the local municipal district office to organise a civic reception for the local hero. Watch this space…

Paul’s caddy is from Bray as well so it is a total local win!

Come Up And See Me